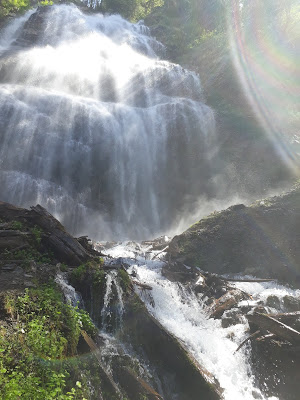 The massive amalgamation at Zegema Beach Records is almost complete. Stocks are being updated in the new store and most of the U.S. stuff has been sent to our friend/alter-ego Dave in Chicago, ensuring that the following things will soon happen:
- http://www.zegemabeachrecords.com will be active as a website and the Canadian store for its relaunch on September 1st, 2018
- http://zegemabeachrecords.storenvy.com will become the United States store on September 1st, 2018

Last month I posted the first three "Holy Shit, Look What I Found". Posts are recapped further down in this post, but I will be doing another two or three this month as there are so many "last copies" and "rare/alternates" that I have lying around.

The ENVY cover songs continue to roll in. Here are the list of confirmed bands, most of whom I already have songs from. There are a few unmentioned bands that may end up on the release or perhaps just on the digital version. We will release another single in August and the tracklisting.

In terms of ZBR releases, we have shipped everything except the Coarse 7"s as they are not finished yet, although we did just toss it up on the Zegema Beach Records bandcamp page. All future orders will ship right away as the Blue Youth 12"LP 'Dead Forever' came in last week and sounds/looks incredible! Everything you need is all up in the ZBR storenvy shop linked here.

And lastly, here's the tracklisting for OMSB mix#7 that was reviewed in July:

6) MINARET - "The Death of the Antiquated Tsarstvie"

We also reviewed a few from the month prior (June) including:

The new OMSB mp3 Mix #9 includes:
*-* a super obscure Montreal screamo band from the mid-2000s not currently available online
*-* a Vancouver based noise/math-rock band that blew my socks off
*-* an Italian screamo band in the vein of La Quiete, Shizune, Øjne and Raein
*-* sick new Malaysian screamo
*-* ridiculous stuff from Spain

Any bands/labels that are interested in having their stuff reviewed, please email zegemabeachrecords@gmail.com: with "Open Mind Saturated Brain" as the subject. Please keep in mind that I don't review everything, just what jives with the blog. I will, however, listen to everything you send me. I would recommend emailing with an idea for a song/album premiere 2 months prior to that song/album release date for a much stronger chance at being reviewed on this blog. Bands that have already had their discography reviewed can also submit new albums for review if they include song/album premieres.
Posted by Dave Norman at 07:18