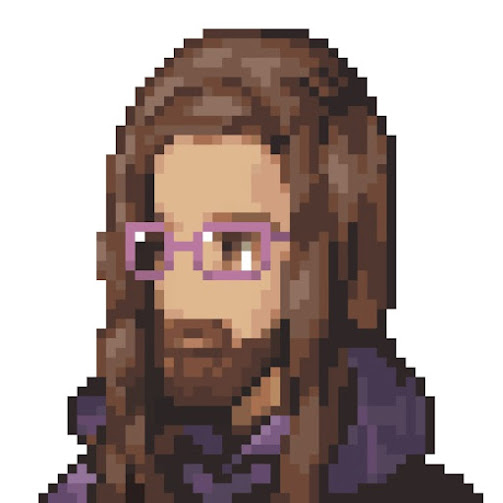 I don't there is anyone as prolific as Garry Brents since covid started in 2020. The amount of output by this multi-instrumentalist/artist is, simply put, mindboggling.
Our story starts at Cara Neir's 'III/IV' album that I was asked to release on Tomb Tree. I had heard the band previously but never delved in properly, so after getting pretty hooked on that album I was sent 'Phase Out' and basically lost my shit. That album is one of the best things I've heard in a very long time. The mashing of nintendo-core with black metal, screamo, and hardcore into experimental spheres was something I was not expecting, nor to be done to the ridiculously amazing degree that the band pushed for, including character unlocks, checkpoint interludes, a side-scrolling music video...the works.
So on July 29th at 9am PST / 11am CST / 12pm EST we will release the follow up (and 2nd in a 3-part trilogy) 'Phantasmal' on 12"LP. Find out info about all of this stuff and more, including: upcoming Gonemage album with 44 guest appearances!!!, the best "trilogy" trilogy, Mortal Kombat, the Bremen sound and Battle Of Wolf 359, Semen Across Lips, Cara Neir's creation and song writing/meaning insight, lucid dreaming, Mare vibes, 'Phantasmal' variant reveal and Garry's reaction, an upcoming Cara Neir split and the final album in the 'Phase Out' trilogy, adapting fan nightmares into lyrics, side projects Gonemage, Homeskin, and Lev'myr, etc. Bands played in this podcast: Akephal, Alpinist, The Depreciation Guild, Hylda, Lingua Nada, and Stove. Listen to podcast #95 which is available to stream and/or download for free via this link. 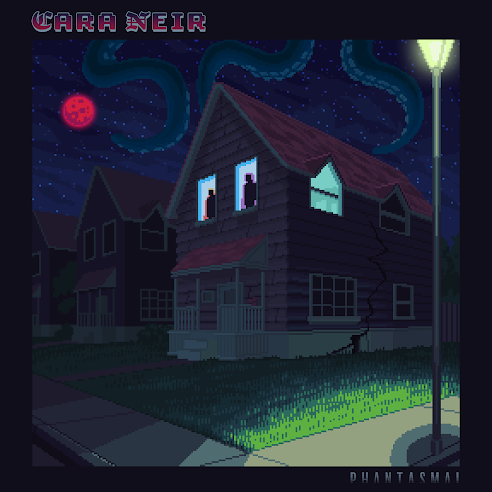 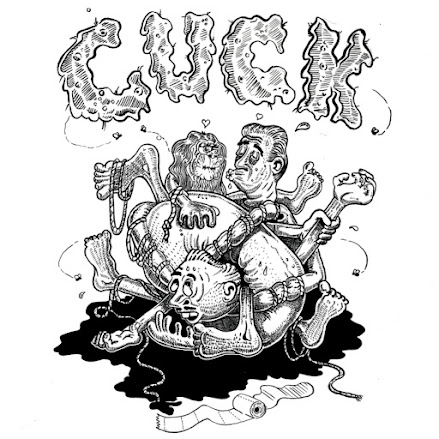 For fans of: Closet Witch, Fluoride, Mouthing, Listless, Amygdala and Swallows Nest
Bandcamp
orders open on July 26th, 2022 via Tomb Tree
CUCK is a three-piece band from Dunedin that was born on the Swallows Nest tour with Crowning in 2019. With the guitarist from Swallows Nest moving far way in New Zealand, the band was forced to put the band on hold for long stretches and decided to create a new powerviolence band with the remaining Dunedin members. So Lana (vocals), Joerg (guitar/bass), and Gabe (drums) began writing and knocked out 14 songs for their debut full length releasing later this month (July 26th, to be precise). on Tomb Tree. The result is a toxic, venomous, stab to the ears.
(2022) CUCK "Family Matters" (from 'Cuck')
https://youtu.be/gg8EKWfiGd4
Opening with a classic Goonies clip, the song quickly transitions into a droning powerviolence loop that centripetal force shoots into a swelling black-metal/tremolo warp at the 19-second mark before slipping into a brutal, massive breakdown complete with ear-shattering screams.

https://www.youtube.com/watch?v=oCpKg-eJ36U
Posted by Dave Norman at 21:58 No comments: 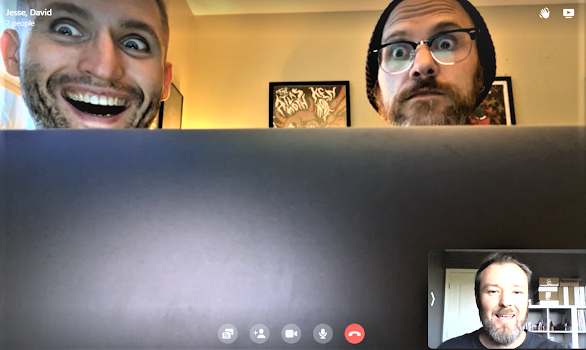 KEN Mode has been absolutely killing it for a helluva long time (let Jesse give you the timeline, he's always spot on) and I've been following them since hearing 'Entrench' back in 2013. Actually, my first video interview was with the band in 2013 (linked here) in Hamilton, and again in 2019 (linked here) as a written interview. Off the heels of 2018's 'Loved' comes 'Null', a new 12"LP releasing on September 23rd, 2022 with a brand new single already out, embedded below. We discussed a lot about the band's history, the lead-up to 'Null', even the album after 'Null'! More things discussed: fun intros, best and worst Nirvana albums, deep-diving pre-internet, Columbia House cassette christmas, Black Sabbath influence, Evil Dead and the underground, a history pre-Scott, getting signed to Escape Artist, booking agent woes, Green Jelly, myspace connections, Scott's a screamo fan and he doesn't know it, what are death metal vocals?, etc. Bands played in this podcast: Aeviterne, Evil Dead: The Musical, Henrietta Collins & the Wifebeating Childhaters, Jenny Piccolo, Nhomme, O, Shortparis, and Some Girls. Listen to podcast #94 which is available to stream and/or download for free via this link. 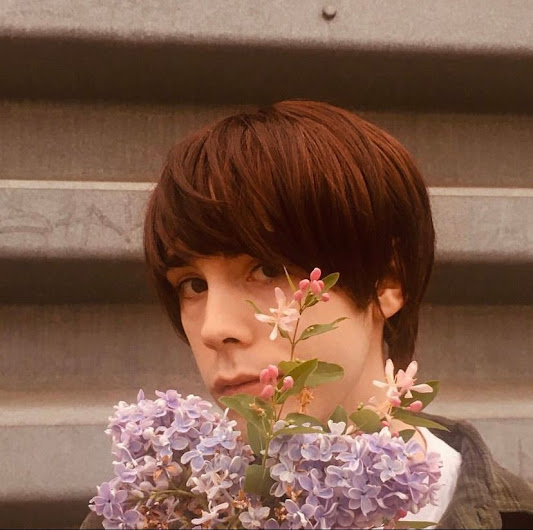 When the first BURIAL ETIQUETTE ep was released on Middle Man Records in 2018 I was immediately hooked. The honest, beautiful, and screamy Thunder Bay band gave me the maddest of Bright Calm Blue vibes, and after adding Ophelia to the band they have evolved into something even better. With two new songs about to drop on Cube: A 6-Way Split 12" on Thursday July 7th, 2022 alongside Elle, Eyelet, Our Future Is An Absolute Shadow, Joliette, and Hawak. My conversation with Jaccob was both honest and interesting, with both of us playing music that the other enjoyed immensely. A few topics discussed: overhearing Black Sabbath conversations, defining childhood by grade, starting shows at 15, old bands Hand Of Glory and The Green Mind, doing splits with your favourite bands, the Edie influence, thoughts on Bandcamp pricing, Funeral Diner love, a show with Hexis and Luca's "death face", a band that sounds like Burial Etiquette, Cube aka the 6-Way Split and the upcoming full length, favourite albums of 2022, etc. Bands played in this podcast: Aspartame, Atalanta, Oathbreaker, Overo, Secret Smoker, and Unwound. Listen to podcast #93 which is available to stream and/or download for free via this link. 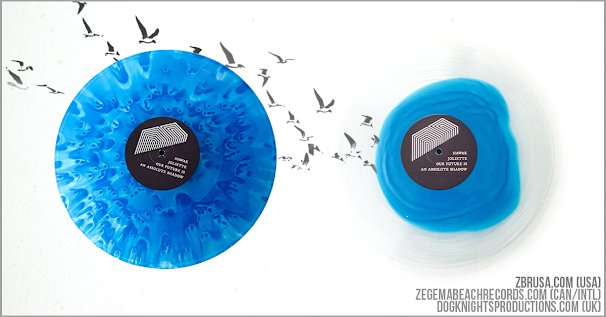 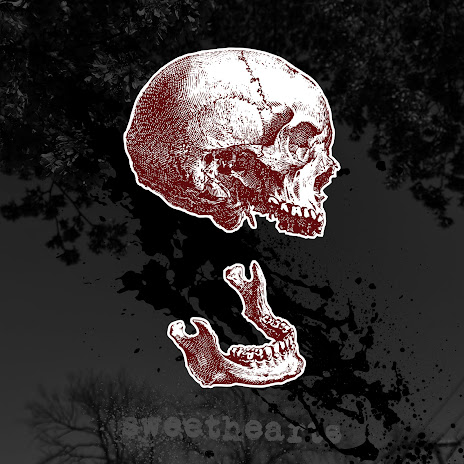 For fans of: In Wolves' Clothing, (newer) Loma Prieta, Ribbonhead and Since By Man
Bandcamp

From Baltimore comes SWEETHEARTS and their newest offering 'EP2' on 10" lathe vinyl limited to just 20 copies via Ashtray Monument. The digitals release on July 15th, 2022 with the 10" pre-order open now, with a turnaround time of around three months. This comes around six years after their debut EP and features members of Fault/s (reviewed here), Fires, Tigerscout, and Night Moves doing an interesting mixture of both post-hardcore and screamo to the point where I'm unsure which genre tag to give it. A definite compliment for the four-piece that have found a very cool and unique style and approach.
(2022) SWEETHEARTS "Hand Model Retirement Plan" (from 'EP2')
https://youtu.be/g3ukzEX3Ze8
I thought I'd premiere the opening track off of 'EP2' as it is probably a Seinfeld reference but more importantly it does a great job of encapsulating SWEETHEARTS' aura with screamed vocals and driving instrumentals not unlike a lot of newer Loma Prieta material if you sped it up and put more weight on it. The rolling bass and frantic guitar progression that opens the song is a perfect conduit for everything that follows. I love the driving guitars after the one-minute mark and the change-ups are done seamlessly. Very sick stuff.
Posted by Dave Norman at 11:32 No comments: 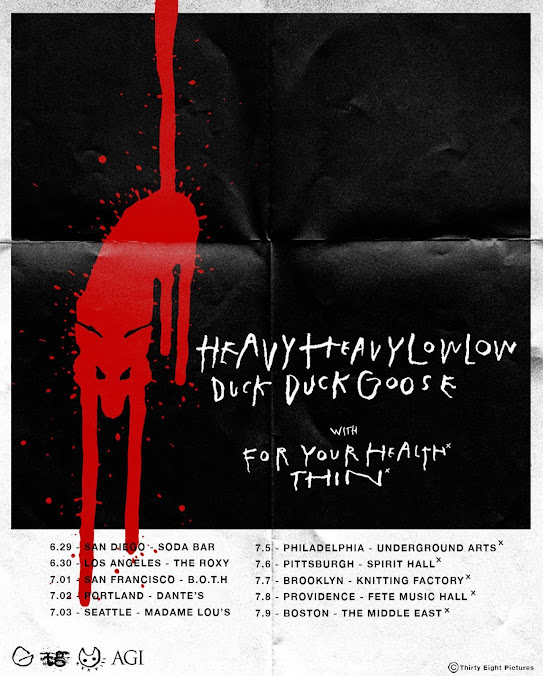 I uhhhhhh almost feel like no intro is needed. It's HEAVY HEAVY LOW LOW fer science's sake, I've been jamming this band for almost 20 years. So if you'd finally like to hear Dave hiccup over his flustered starstruckedness, this is the episode. The band recently reunited and Robbie (vocals) and I spoke all about it, as well as: dad's cool friend, skateboarding and people that show up to skate parks, his first band The Manor, joining HHLL, jumping on Seattle shows with Fall Of Troy, getting signed, an "oh shit" show, death-core vs. death metal, slapping together their "most well known" album, labels that do things for you, Loftus tour stories and ripping them off a little bit, it always comes back to Redding, getting ticketed for "attempted suicide", getting to write in a studio, breaking up, the reforming, art commissioning, his first feature film, etc. Bands played in this podcast: Dipped In Sewage, Drangsal, Fabiana Palladino, Hetta, Home Is Where, Llasa De Sela, Virgin Mother, and Yeule. Listen to podcast #92 which is available to stream and/or download for free via this link.
HEAVY HEAVY LOW LOW
Bandcamp
Facebook
Instagram
ROBBIE SMITH
Official Site
Instagram
Grieve Movie
1 I could just yell.
FABIANA PALLADINO "Mystery" (Rob)
YEULE "Don't Be So Hard On Your Own Beauty" (Dave)
2 Even the town didn't want us there.
DIPPED IN SEWAGE "Blemish" (Rob)
HETTA "Violent Pope" (Dave)
3 Mercy to the breakdown.
DRANGSAL "Love Me Or Leave Me Alone" (Rob)
VIRGIN MOTHER "Hour 87" (Dave)
4 A Loftus tour memory...or five. / We were doing weird stuff but we weren't going to space yet.
LLASA DE SELA "Is anything wrong" (Rob)
5 Reforming / Art Commissions / My first feature length film.
HOME IS WHERE "names" (Dave)
~Dave
____________________________________________________________________
PODCAST #92 linked here
_____________________________________________________________________
Posted by Dave Norman at 16:05 No comments: