Ever since I saw and met EMMA GOLDMAN at my first Vancouver show I've been smitten. That happened to be their debut cassette EP release show and they have just recently released a new track on the 'Red Gate Compilation Mixtape' and will be appearing alongside fellow screamo friends Diva Plavalaguna and Terrifying Girl's Gigh School this Saturday October 13th for GLAM FEST at Red Gate.

I caught up with Pavel, Victoria and Felix prior to the Dad Thighs cassette EP release back in September, as both Victoria and Felix play in that band, with Pavel having filled in on drums on a tour, as is discussed in this interview! We discuss their formation, recent U.S. tour, bands that blew them away on said tour (aka Hawak) and their future plans (gasp, LP!?). Check out the 15-minute video interview below and come say hi to the band as well as myself milling around GLAM FEST. 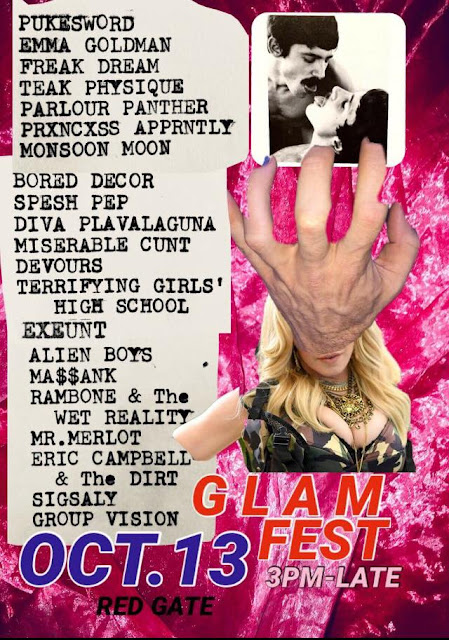