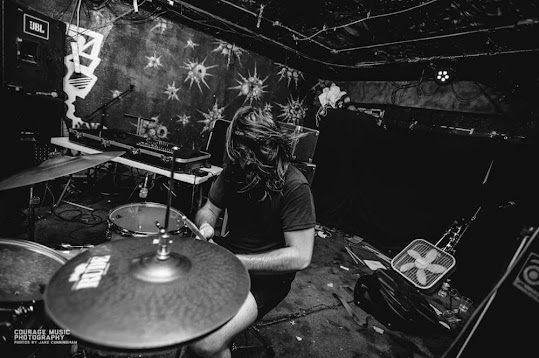 John Crogan, one helluva drummer and a most excellent human being. I met John years ago in Richmond and then again at CMAR 2017 and New Friends Fest 2019, so we had a good repoire before delving into this podcast and I think it shows. Very smooth, chill, and intriguing podcast with the drummer of Ostraca, .gif from god, Listless, and countless other projects now inactive. Things discussed: podcasts, Smashing Pumpkins aka the first deep dive, drums at 14, nu-metal, Gus and John doing cover bands, bonding with family through music, Ostraca beginnings and cover meanings, the best Ostraca release and future endeavors, that Ed Gein show in a box, not having the rights to your music, props to parents that let kids play music in their house, Jon Karel love, losing your voice on tour, Portraits Of Past, Italian screamo, etc. Bands played in this podcast: Abandoned Hearts Club, AmenRa, Antarctica, Ed Gein, LVTN, and The Number 12 Looks Like You. Listen to podcast #91 which is available to stream and/or download for free via this link.
OSTRACA
Bandcamp
Facebook
.GIF FROM GOD
Bandcamp
Facebook
LISTLESS
Bandcamp
1 Intro / told someone I play drums and I don't really know how.
AMENRA "Plus Près De Toi" (John)
LVTN "Too Low To Fall" (Dave)
2 Ostraca / My favorite bass-playing of all-time.
ED GEIN "The Wool is Pulled" (John)
THE ABAONDONED HEARTS CLUB "?" (Dave)
3 .gif from god / Wild Hogs
THE NUMBER 12 LOOKS LIKE YOU "Of Fear" (John)
ANTARCTICA "Lazerz" (Dave)
4 Listless / Timelines are hard.
~ no music
~Dave
____________________________________________________________________
PODCAST #91 linked here 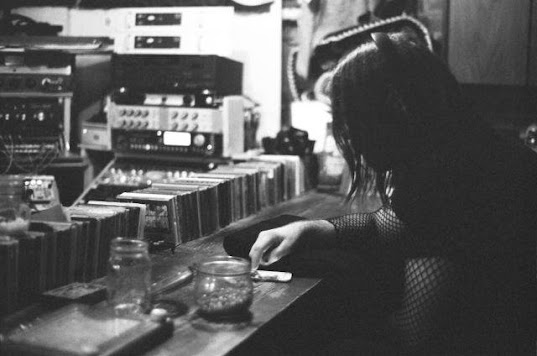 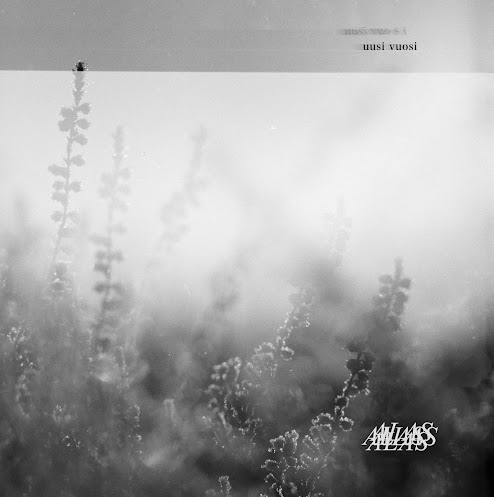 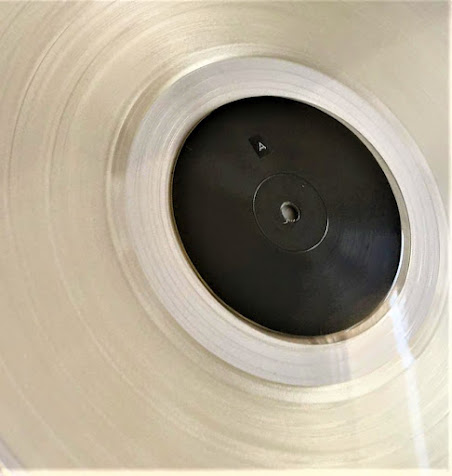 Larry Records (USA)
Voice Of The Unheard (Europe)
Are you ready? You aren't? No, I don't think many people expected the debut 12"LP by Finland's ALAS to be as truly incredible as it is. We're talking Raein, La Quiete, Suis La Lune, all of those defining screamo bands...add Alas to the list. Cuz they fucking nailed this sucka. No breakdowns, no chugs, no panic chords, no death growls, 'Uusi Vuosi' is just soaring, majestic, epic, Finnish screamo done better than you've heard in a very, very long time. Order above from one of the fantastic labels in your country/area and stream the album in full below along with a song-by-song review. Digitals go live on bandcamp Monday June 27th at 9am PST / 11am CST / 12pm EST.
(2022) ALAS 'Uusi Vuosi'
https://youtu.be/SULzQRttfaQ
1) Uusi Vuosi
The opener and title track was released soon after the band finished up the album, and is dancey, very positive and light-hearted ala Suis La Lune and Trachimbrod's 'Leda'. Love the guitars that sound like shooting stars.
2) Odottavan Aika
This one begins with beautiful instrumentals reminscent of later-era Raein and full-blown screams before throwing some unstable, wavering solo notes amidst the gorgeous screamo/post-hardcore/shoegaze fusion. Oh and the outro has a made La Quiete vibe which always gets me salivating.
3) Ristiaallokko
The third track is perhaps my pick for the best song on the album. It has much more piercing guitars and is generally a faster/more aggressive jam that slides into Via Fondo and Trachimbrod territory. You'll find this song on the upcoming Zampler #19.
4) Pantomiimit
This is a very groovy, driving song with a lot of shoegaze similarities save the awesome screaming and faster drumming. Again, those spacey guitars really take these songs to the next level and add ethereal layers that are both comforting and mesmerizing, especially the second half.
5) Kaikki On Sees
This stellar song was previously released on the 2021 4-Way split 12" with To Be Gentle, Armywives, and Mirin Bide. It is the fastest song on here and could be even be likened to "diet emo-violence", but draws on immense melody and guitar/bass interplay amidst the turbo drums.
6) Muisti On Oikukas Kone
A slightly weird, disjointed track that does a great job of creating a bit of uneasiness amidst all that beauty. It reminds me of ∞ with that dreamlike guitar tone, lulling outro but perhaps the darkest song on the record.
7) Syysjää
The slowest burn on the album is this seventh track, which toys with the listener until the two-minute mark when it explodes in an extremely well-calculated use of song dynamics. What an ending, holy moly!
8) Niin Kuin Mekin Nyt
The previously released closer and by far the longest track on the record is "Niin Kuin Mekin Nyt", and it does not disappoint. The epic and melodic capabilities on this track are excellent, building and swelling like a dying star, which reminds me of a cross between Vi Som Alskade Varandra Sa Mycket and Envy. Wonderfully done.
Posted by Dave Norman at 08:59 No comments: 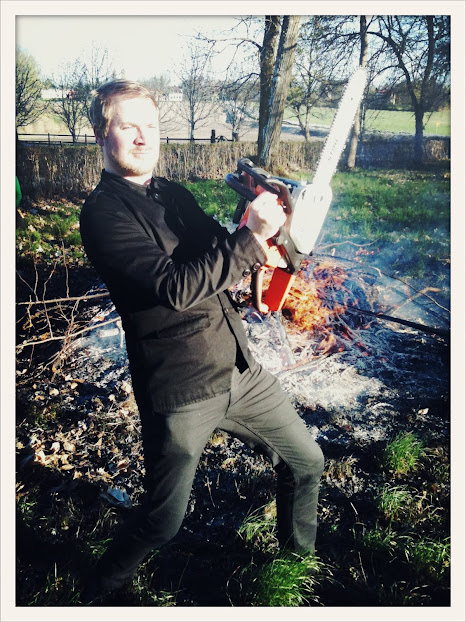 Has it almost been 10 years already? Hot damn it's been at least 8 since I started talking to Arvid Ringborg, vocalist/lyricist of Swedish screamo/post-hardcore heavyweights VI SOM ÄLSKADE VARANDRA SÅ MYCKET. Since then we've both had a child, my family went to visit him on our Swedish trip, he's released another Vi Som LP aaaaaaaand released the Jazzbrunch 7". Woooo, lotta stuff. Want a lot of Arvid? I sure do. So I did. Enjoy the podcast where we discuss many-a-thing, including (but not limited to): looking fucking metal, Biohazard were airheads, Swedish bands, getting recorded by your soccer friend's dad, living in the U.S. for a year, seeing At The Drive In in a tiny basement with 40 people, becoming friends with Metroshifter, the creation of Jazzbrunch, singing in English vs. Swedish, Nick of Blood Of The Young, an upcoming early discography 12", The Comedy and seven unreleased demos!, genre-hopping like a goddamned son of a gun, art rock (or whatever that is), Bill Hicks, the Epitaph/Fat Wreck sound, the sing/scream thing, The Khayembii Communiqué and their Vi Som Alskade connection, the future of Vi Som Alskade, etc. Bands played in this podcast: The Comedy, Gil Cerrone, The Holy Shroud, Horace Pinker, The Khayembii Communiqué, and Metroshifter. Listen to podcast #90 which is available to stream and/or download for free via this link.
VI SOM
Bandcamp
Facebook
JAZZBRUNCH 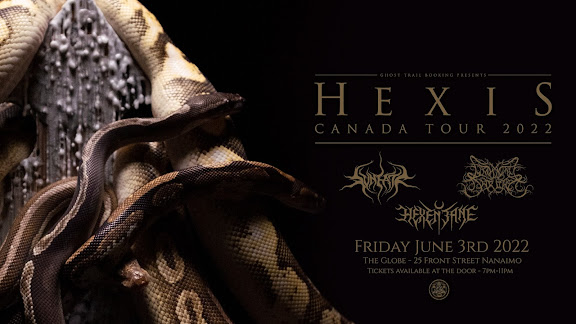 @The Globe in Nanaimo on June 3rd, 2022
Live Show Review
I've been living on Vancouver Island since 2018. How many shows have I been to? Two. A sick Life In Vacuum show in Victoria years ago and my friend's band in Nanaimo about three years back. Honestly, it feels like I'm 100% removed from the scene here and it's fucking weird. So this show was a huge opportunity for me to break down the barrier that is the Nanaimo scene and talk to some great people, shoot some sick bands, and see my friends from Denmark/Italy in Hexis.
HEXENBANE
Nanaimo locals mixed together an eclectic set that this particular video I took doesn't really represent. This is more Evanescence with hardcore/metal but some of their other material (the 2nd last song in particular) went heavy on the black/death metal and included some righteous bellows. I also noticed that the vocalist's singing got stronger as the set went on so if you have the chance to see them live, it's like this video but like...way better.
(2022) HEXENBANE
For fans of: Evanescence and Made Of Babies
Instagram
Facebook
^\/`~~~~---------------00oOo00---------------~~~~'\/^
LIMINAL SHROUD
In terms of Dave Norman, this band was probably the most suited to my personal taste. They sounded kind of like Orphaned and Hope Drone (atmospheric black metal) but with less screams and more gutteral black metal vocals. In typical Dave fashion I recorded the worst of the band's three songs (this song still rules, but those other two were incredible) so imagine a much faster and mathier version of this Victoria trio. I spoked with Aidan (vox/guitar) after their set and they have a new album coming out this year! Stoked.
(2022) LIMINAL SHROUD
For fans of: Orphaned and Spectral Wound
Bandcamp
Facebook
^\/`~~~~---------------00oOo00---------------~~~~'\/^
SVNEATR
This Vancouver band made the trek to play this show and obviously have been doing this for awhile as they knew their shit. Their guitarist/vocalist made both riffin' and screamin' look ridiculously easy, the other guitarist threw up some sweet licks and additional atmospheric tones, the bassist rocked the fuck out, and I'm surprised that drummer didn't puncture his snare drum cuz goddamn that was powerful.
(2022) SVNEATR
For fans of: black metal in general
Linktree
Facebook
^\/`~~~~---------------00oOo00---------------~~~~'\/^
HEXIS
Holy shit. That was unreal. I've seen Hexis in Europe play at a bigger venue and it was awesome and everything, but being up front and blasted with that light show was insane. Unfortunately the videos came out hella fucked cuz of the strobe lights, but you get the idea. Filip, Luca, and gang lit that shit up, playing a ton of material in less than 30 minutes and literally blowing everyone away. The way they do the slow lull, stop, and then hit massive breakdowns is truly something to behold live. Also be sure to watch Luca play as he morphs from his usual smiley, super nice self into a being of pure evil with one helluva power stance. If you are in Canada (or even near the border) you need to check this tour out.
(2022) HEXIS
For fans of: O and Tentacles
Official Website
Facebook
extra video: -1- /// -2-
^\/`~~~~---------------00oOo00---------------~~~~'\/^ 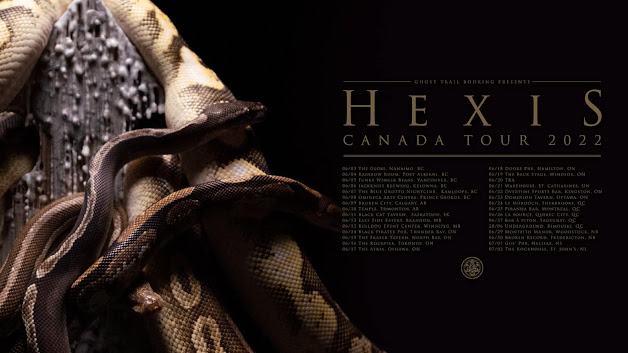