ÀNTEROS hail from Barcelona, Spain and play a very lush and epic post-hardcore/instru-metal hybrid that borders on some screamo bands such as La Parade and Joliette. I was introduced to the band through my Italian friend who plays in One Dying Wish, and it took a few listens but I eventually went from liking it to loving it.

The band's 2016 debut EP are five demo versions of songs that ended up on the subsequent year's LP, so I'm gonna kind of skip over it and head to the 2017 single 'Wires', although I will say the screaming vocals on all of the demo songs are fucking stellar as Cándido from Viva Belgrado used to do vocals for the band. "Wires" was released prior to the full length and it sounds absolutely nothing like it, as it a Red Fang cover, and therefore sounds very Black Sabbath-esque and is not a good place to start in an attempt to see if ÀNTEROS is for you or not.

It was in November of 2017 when the five-piece released 'Cuerpos Celestes', the album which hooked this guy. The band really nailed their sound on the 9-tracks of post-hardcore and post-rock with dashes of screamo as well as epic instru-metal. Opener "Nereid" sounds like a condensed version of Pelican's 'City Of Echoes' over Beast Jesus/La Parade-esque vocals, as the track hits everything in less than three minutes. In a peculiar but incredible move, the band put a hefty 8:39 track as the second song, but it's the best thing on the record, so well played! "Polaris" is an emotional behemoth and incorporates a ton of styles, layers and textures, none more impressive than the stellar singing that inspires and leads the song uphill from 4:47, peaking with some beautiful notes 5:33. Directly after the band dips back into short, driving post-rock/post-hardcore with the 2:29 "Hydra". The playful guitars at 1:10 are very reminiscent of Gifts From Enola's mathy/spacey material and is without a doubt one of the highlights of the LP, despite the fact that it houses zero vocals. "Luna" and "Vega" are chill post-rock jams, "Rhea" reminds me of Viva Belgrado and Vi Som Älskade Varandra Så Mycket, "Elara" sounds comparable to the eclectic Beast Jesus, "Persei" is very uplifting, positive and boasts some sick riffs at 1:35, and finale "Cressida" is an excellent closing chapter of lush, balanced power post-hardcore.

In 2018 they released another single, this one a new song instead of a cover, on late 7" titled 'Coventa'. It's nearly six minutes, opening with some of the heaviest stuff the band has ever recorded. After the initial 30-second pummeling it does venture into softer, post-hardcore and post-rock territory with excellent vocal work at the two-minute mark.

The band goes on tour in April for a string of European dates including Germany, Italy, France and Spain. Here be thy sick-ass tour poster. 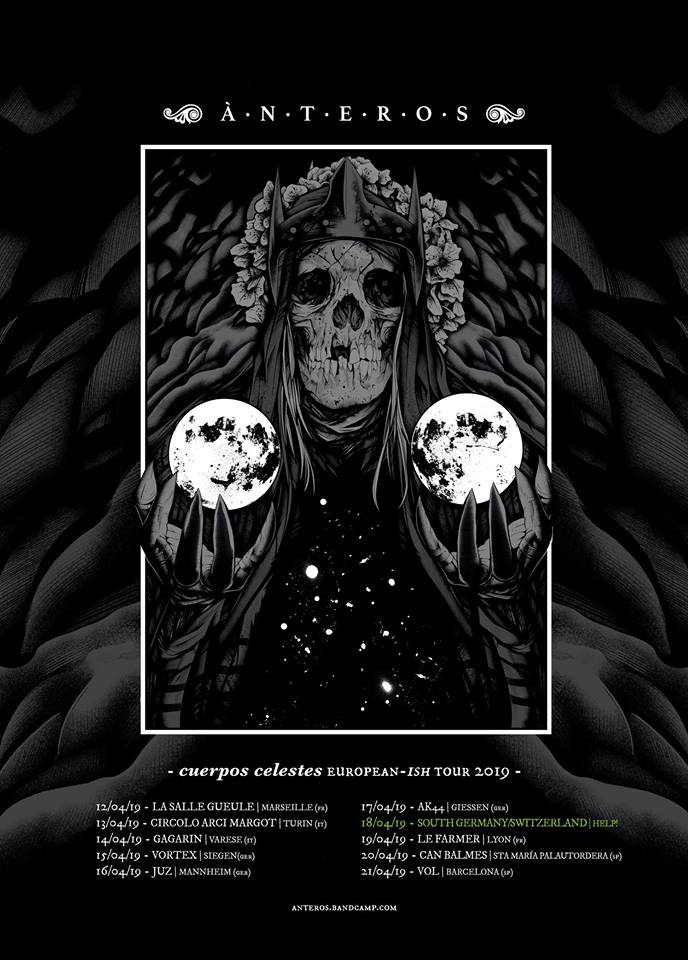