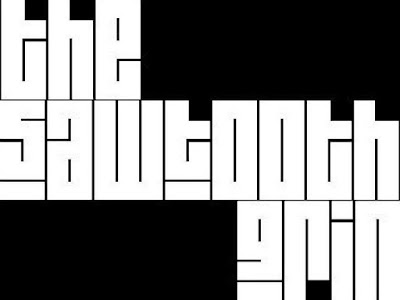 THE SAWTOOTH GRIN began back in 1999, with their first vinyl release seeing the light of day in 2019 (and selling out in less than an hour) thanks to the monumental label Wax Vessel. They featured members from a dizzying array of incredible bands including, but not limited to, The Number Twelve Looks Like You, Horse The Band and Snake Baptist, releasing just two cdEPs and some demos in their five year existence. Two quick things from ZBR and OMSB really quick in case you missed them: 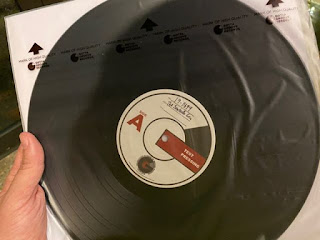 In 2001 THE SAWTOOTH GRIN released their debut EP 'Cuddlemonster' on cd via Dead By 1918 which featured six tracks of sprawling, unhinged and wild jazzy mathcore with outrageous, larynx-death shrieks, as well as a truly catchy instrumental jam that is nearly the complete opposite of the preceding songs. My quintessential pick is track five's "Please Shit All Over Me, I Love It", clocking in at nearly five-minutes and jam-fucking packed full of parts to melt your brain. My personal favourites are:
- Dillinger Escape Plan-esque at around 35 seconds
- massive, multi-vocal breakdown after the minute mark
- swirling guitars at 1:45
- sassy-as-fuck spoken word at 3:20
Other notable slaps to face are "A 2 Minute Lecture On The Finer Points Of Instability" (with its uncanny ability to mix excessive speed with a sense of rhythm, remind me most of The Great Redneck Hope), "Sometimes She Tasted Like Burnt Plastic Smells" (true vocal destruction) and the aforementioned instrumental groove-a-thon "Good Touch Bad Touch 123" (recycling a clean, rock-driven riff that layers are slathered on top of, creating a beautiful and catchy closer).

2004 saw the EP release of 'Pervavor' as well as the band's first official breakup. This thing is ridiculous, extreme, caustic grindcore with an excellent balance of rhythm, catchiness and sheer chaos. The opening/title track "Pervavor" wastes no time in letting listeners know that with a new guitarist they were ready to kick it up a notch. The jazzy, semi-clean guitars are mostly ditched in favor of seething, discordant and downright aggressive metal/grind and I gotta say it really pays off. The vocals are also much darker and shriekier, bearing resemblance to Robinson, Oktober Skyline and Machinist. "Boxcutter Facelift" and "Rapekit Aficionado" are even heavier and bring in a bit of deathcore into the mix, giving me hella Owen Hart's 7" vibes.

In 2009 the band got back together with a few different members and recorded the 'Jabberwocky Demos' which were intended for an upcoming full length which was never recorded as THE SAWTOOTH GRIN disbanded again in 2012, destroying all hope of a finished recording. This is truly a bummer as these three songs (as well as "Untitled Demo 5" and a few other instrumental tunes from the same session) are arguably the band's strongest and most brain-shattering material. "Dead Ringers" toys with the listener before activating ludicrous speed after the 30-second mark, "The Jesus Hive" throws around some ballistic bass amidst the already swirling cacophony of noise and closer "Montrose Jackals" is perhaps the most extreme of any SAWTOOTH GRIN jam, igniting the speakers with a vast array of mathy arrangements with the most venomous, acidic and destroyed vocals I've ever had the pleasure of hearing.

A few months back my label Zegema Beach Records was contacted by Wax Vessel to help distribute their releases and our first mission together was the 'Cuddlemonster' 12"s, and boy-oh-boy I knew the band was popular but two of the three variants sold out in less than five minutes. The work by Wax Vessel to bring the EP to vinyl life was exceptional, as is the art done by Ben Hoagland. There are the three variants as well as six wax mage copies and five test presses. One of the five test presses was donated by Wax Vessel to Zegema Beach for a contest December 1st-24th, 2019. To win said test press, simply enter by buying anything from the ZBR U.S.A. store or the ZBR Canada/International store. Orders over $50 get three entries, and you can enter once in each store, thus making six entries possible. I will draw the winner on December 25th, 2019 and post it here as well as on the Zegema Beach Records facebook page. Someone is gonna very fucking happy.