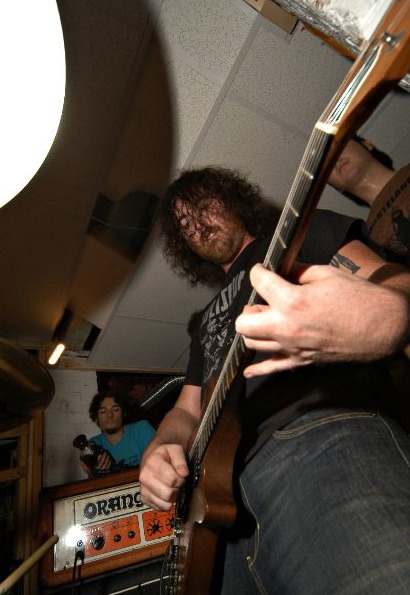 Relatively recently I contacted my friend Steve Roche about a contact for members of TRANSISTOR TRANSISTOR. After a quick exchange I was hooked up with Brad Wallace from said band, as well as Orchid, Wolves, Bucket Full Of Teeth and Hells. Prior to this podcast we hashed out details to release 'Erase All Name And Likeness' on a run of tapes through Zegema Beach Records and on Monday those sexy beasts shall see the light of day. Brad was super nice and very forthcoming with stories, anecdotes and tangents, including: screaming with ski masks on, rockin' Bon Jovi, being Will Killingsworth's first student, Orchid's formation, opinions on "screamo", favourite Wolves show, touring Europe, Bucket Full Of Teeth origins, who is the Riffmaster?, how to navigate labels in the 2000s, how he joined Transistor Transistor, practicing after Cave In, Level Plane Records, Transistor Transistor swirl tapes!, the mark of a good drummer, writing long songs for no reason, being accused of piss cup switches, screamo lifers, fan questions and lots more. Bands played in this podcast: A Paramount A Love Supreme, Crossed Out, .gif from god, In/Humanity, Ruhaeda and Sleepytime Trio. Listen to podcast #69 which is available to stream and/or download for free via this link. 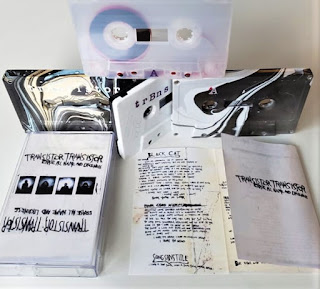 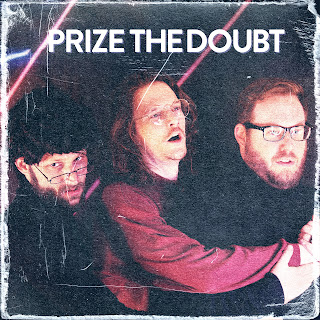 For fans of: Victor Shores, Snowing and You'll Live
Bandcamp
Instagram
Spotify
Oh damn remember PRIZE THE DOUBT from this blog? I did a huge discography write-up back in November of 2017 (linked here) with all six releases over the (then) eight years of existence. Well they're back, complete with stylistic shift away from the screamy metallic hardcore, instead embracing very chill emo/rock/pop-punk. And it works. Jam that sucker below if you like Victor Shores and other Skeletal Lightning stuff. Those vocals in particular really lend themselves well to the music, and it's catchy as fuck. There is no planned physical release so some labels may want to hit this band up asap.
Upcoming Local Show: Sept 11, 9PM @ Spacebar
Streaming all Platforms: Early August
(2021) PRIZE THE DOUBT "People Magazine"
https://youtu.be/il2FqxVFjL0
ADDITIONAL LINKS & WHATNOT
OMSB discography review
Posted by Dave Norman at 16:26 No comments: 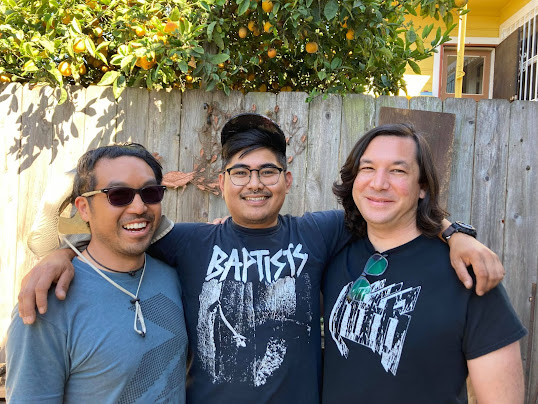 Open your nostalgia box for this MATSURI podcast with members of HAWAK!

I've been online friends with Thomas of Matsuri and Hawak for ages so to finally chat was amazing, and meeting Jon and Chris was equally heart-melting. I asked them for a little writeup, which I've included as a huge note on the history of the band, check it out at the bottom of this page! HAWAK  has been kicking my ass since their demo EP, so to help with the upcoming 12"LP 'nuoc' was a fucking dream come true. It releases in August on Zegema Beach Records (who recently released the massive double cassette discography for MATSURI with a few variants remaining) and Dog Knights Productions. And yes, the records are already in hand. If you want info on all that as well as: N.A.R.E., Deers!, Matsuri's history, unreleased songs, each members' favourite show, that time they didn't play with Kidcrash, favourite Matsuri merch, favourite bands that Matsuri played with, seeing Ruhaeda, Weird Al and UHF, Bright Calm Blue, what happened to Mark Chen?, mosh retirement, D.I.Y. as you get older, Hawak and lineup changes / the 12" / delays / what's next, and tons more. Listen to podcast #68 which is available to stream and/or download for free via this link. 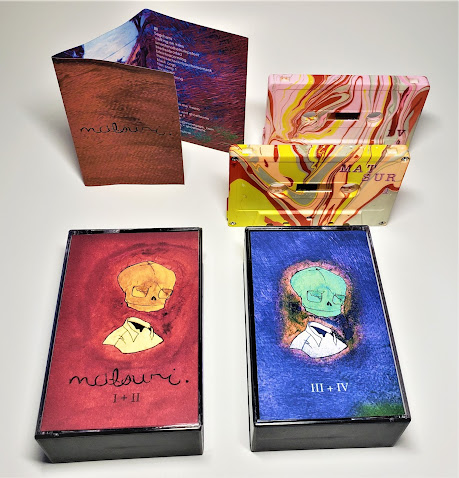 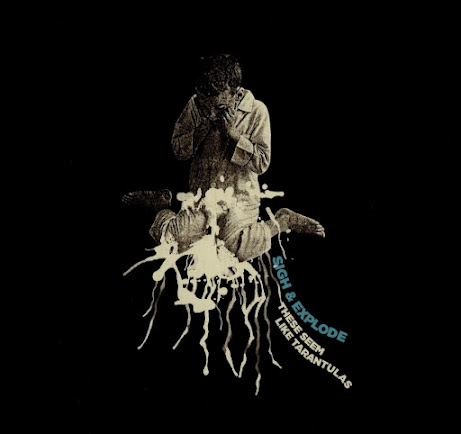 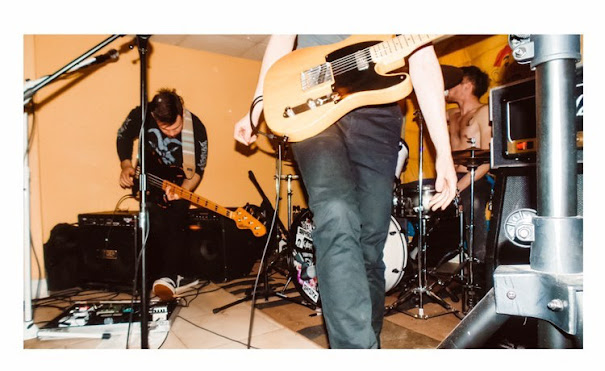 LOWER AUTOMATION thought no one would like their new, self-titled debut full length. But just today, Bandcamp.com's mathcore tag has them listed at the top. Zegema Beach Records has sold out of 80% of their stock in less than a week. LOWER AUTOMATION is fucking amazing, and they were dead wrong about the reception. My personal pick still as the best album of 2021, the 10 songs run helter-skelter through a winding maze of angular riffs and trapdoors. Naturally, I needed to talk to them. We had a great conversation that touched upon many a thing, including: how Dave Norman became obsessed with the band, Derek is the most important, no one wants to play with Brian, covid vaccinations and the idiots who don't get them, Andy's band amalgamation, Riddle Of Steel and Dakota/Dakota, blasting the the third eye open, the Derek/chest voice, sounding like Jerry Seinfeld, video car game soundtracks, vocals and laryngitis, recording in a wooden cabin in the woods, adorable ovens, and lots more. Bands played in this podcast: Bodyjar, Choke, Divide And Dissolve, Hey Predator!, Kill Sadie and Minus The Bear. Listen to podcast #67 which is available to stream and/or download for free via this link. 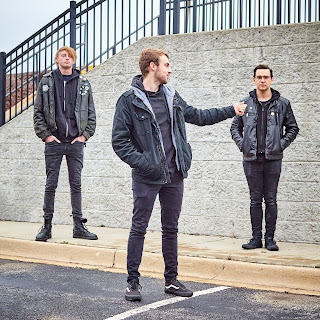 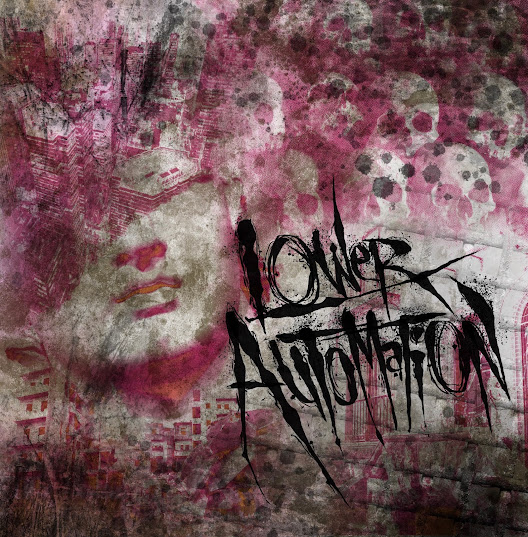 For fans of: At The Drive In, Dillinger Escape Plan, Hella
Bandcamp
Facebook
Zegema Beach Records has been pushing this new 'Lower Automation' record hard, and it hasn't even been released yet. Set to give you a full-blown panic attack at...
9am PST / 11am CST / 12pm EST
on July 12th, 2021
Chicago's LOWER AUTOMATION frantically mix the styles of At The Drive In (vocals/sass), Psyopus (math factor) and Hella (brain melts), the three-piece have concocted something original, engaging and downright perplexing...and holy shit do I fucking love it. Seriously this resonates so hard with the angular math/noise rock that I've accumulated for years. If you have ever enjoyed the following bands  (besides the ones mentioned above) you'd be silly not to check it out: North Of America, The Holy Shroud, Hercules Hercules, Hey Predator!, Blue Youth, Life In Vacuum, Faraquet, Girl Arm, Encrypt Manuscript, For The Mathematics, etc.
Here are three of the ten songs from the new self titled cassette/12"LP recently filmed and edited by Dave Cullen of Crowning/Zegema Beach Records U.S.A., with the full set releasing late July/early August.
(2021) LOWER AUTOMATION "3/10 live songs" (from 'Lower Automation full live set')
https://youtu.be/mAKANg2C1v0
ADDITIONAL LINKS & WHATNOT
"Vegan Neuroscientist" official music video
"Combover" song premiere
"Old Sparky" song premiere
"Father's Shirt is a Dress On Me"
"Dressed in Camo, Hyped to the Teeth" song
"Ruiner" song
Posted by Dave Norman at 11:27 1 comment: 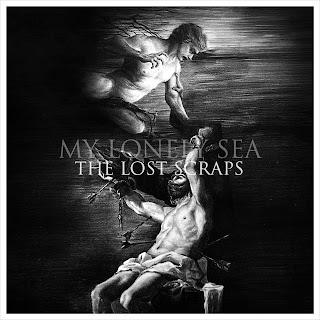 I discovered MY LONELY SEA because Alex from Polar Summer is a sweetie. When I ordered a few copies of the Shikari discography tape I was also sent a few label releases, one of which was 'The Lost Scraps' by MY LONELY SEA. I always listen to new tapes and put them to the side if I love them, and in the distro pile if I don't, and by golly did that tape move immediately to my personal collection.
The band started out playing atmospheric black metal aka screamo in the vein of Blue Noise, Somn, Autumn Of Crippled Children, Hope Drone and Show Me A Dinosaur, but opener "The Time Has Come" on 'The Lost Scraps' opens with a gorgeous post-hardcore/post-rock build and some whisper/screamed vocals until the drums release the onslaught at the two-minute mark. "The Lost Scraps, Pt. 1 (Worst Enemy)" hits even harder than the first, with more wretched screams, a doomier approach and wonderfully dense atmosphere. "The Lost Scraps, pt. 2 (Frozen Inside)" cuts the length from 8 to 4 and takes the melodic groove to the next level, combining some wonderful isolated plucks with heavy, driving screamo. Honestly that's a solid fucking jam, and is probably tied as my personal favourite alongside "Hope Dies Last". The somber, epic, jam really sinks its teeth in starting at 1:55 with a nice bridge before the devastating and cathartic midsection, which boasts some prodigious and imposing instrumentals, the booming guitar, in particular. Closer "This Is War!" is a hefty 11:22 so it should come as no surprise that it's a slow burn that has some Respire vibes.
In 2019 MY LONELY SEA released a split with Hell Is Other People which shows off two new tracks, "Calling" and "Face of Love". The former toys with heavier and softer elements while including vocals that are less whispered and more growled (and has a music video, embedded below) while the latter sounds a bit more like the first EP (in the vocal department, at least). Overall there's more of a Downfall Of Gaia vibe instead of Deafheaven and ['selvə] and much better production.
2020's 'Havoc' really sees the band taking a new step, not a direction, though. If opener "When the Darkness Falls" is any indication, you can hear the shift to even smoother post-everything passages and much heavier, more gutteral screams and growls. I find myself only weakly attached to this album, as I like my screams high and not in the death realm. It's a great album, I'm just a picky piece of shit.
This year, just last month actually, the band released a three-song EP titled 'Gloom'. This follows a similar trajectory sound-wise, but finally finds a cohesive balance between the early material and stuff that followed, making this my second favourite MY LONELY SEA release. The first and third behemoths sandwich the shorter tune, with "Gloomy Exodus" being my personal favourite due primarily to the chug-fest that wraps itself around the three-minute mark, harkening the early days of Pelican.
I noticed there is another release from their first year titled 'Till the End of the Road', if anyone has it please it post it in the comments because I'd love to hear it <3
________________________________________
DISCOGRAPHY
2018 - Till the End of the Road cassetteEP (OMG DOES SOMEONE HAVE THIS?!?!)
2018 - The Lost Scraps cdr/cassetteEP (stream here)
2019 - Hell Is Other People split cdr (stream here)
2020 - Havoc cdLP (stream/buy here)
2021 - Gloom digitalEP (stream/buy here)
________________________________________
(2018) MY LONELY SEA - "The Lost Scraps, pt. 2 (Frozen Inside)" (from 'The Lost Scraps')
(2018) MY LONELY SEA - "Hope Dies Last" (from 'The Lost Scraps')
(2018) MY LONELY SEA - "The Lost Scraps, Pt. 1 (Worst Enemy)" (from 'The Lost Scraps')
(2019) MY LONELY SEA - "Calling" (from 'Split') official music video
(2020) MY LONELY SEA - "Your Inner Norilsk Pt. 1" (from 'Havoc')
(2021) MY LONELY SEA - "Gloomy Exodus" (from 'Gloom')
________________________________________
MY LONELY SEA additional links
Bandcamp