Label(s): a lot of labels 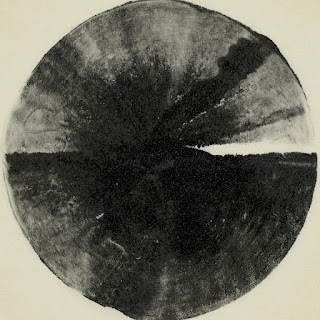 Above are the words that would have been the backbone embedded in an exhausting and overly lengthy review of CULT OF LUNA's discography spanning a massive 20 years, had I chosen to literally spend 100+ hours relistening and writing about a band that most readers here are well aware of. This year the Swedish powerhouse released 'A Dawn to Fear', their first LP since 2013's 'Vertikal', to widespread critical acclaim. So, this doesn't need to be a mirror to the band's music - I'll keep it nice and concise. (lol in retrospect)

I've been following the band since the mid-2000s when I stumbled across a plethora of bands sounding like Buried Inside, Rosetta, Examination Of The... and Spires, and instantly fell in love with their post-rock, post-hardcore and post-metal potion. CULT OF LUNA started in the Hydra Head vein but ended up doing their own thing, as is the case when a band is able to sustain itself for 20+ years. So let's take a look at said history.

In 2000 CULT OF LUNA released a 7" 'split w/Switchblade' featuring a track that ended up on the first LP, while in 2001 they released a self titled 7" 'Cult of Luna' with two exclusive tracks that are as sludgy and dark as anything they've ever done, and for me The Ocean is the first comparison that comes to mind with the early work.

Their debut full length was also released in 2001 and also titled 'Cult of Luna' (not be be confused with the 7"EP). It's a helluva feat for a first record, and it's soaked heavy in the sounds associated with Hydra Head in the early 2000s aka 5ive, Isis, Old Man Gloom, Jesuit, etc. which explains part of the band's initial appeal. I mean, c'mon, the opening riff in "The Revelation Embodied" screams Isis, and I mean that in the best possible way. I find the vocals on this record to be the weakest link, as they are hoarse without being as thick as I'm used to, and instead sound strained more than anything. There are some cool dual vocals as well as singing in "To Be Remembered", but the highlight for me is the behemoth and Light Bearer-esque "Sleep" which clocks in at a whopping 14 minutes.

CULT OF LUNA's second LP 'The Beyond' was released in a few countries in late 2002, but officially in 2003 (that means it was released in 2002 in my book). The musicianship is as spot on as the debut while the vocals are much more honed, that is to say they have more depth, power and presence. There's a lot of additional stringed instrumentation on this record, as well as a fair share of slow, brooding and sparse sections. Does that mean its slower, David? Why, yes. Yes, it does. But that doesn't make it any softer, that's for sure. You can find these moments on "Genesis" and "The Watchtower", while "Receiver" and "Leash" are decidedly faster and more chaotic. Closer "Further" is epic as fuck and more akin to Rosetta than any aforementioned band.

For their 2004 third full length 'Salvation' CULT OF LUNA really fleshed out their own sound somewhere between Isis and Tephra, and released what I consider their first really good record. The vocals here are even higher-pitched, but don't expect any shrieking, just no gutteral lows. The instrumentals vie for the smoothest and largest sound, delving full-on into textures and pretty much ditching anything fast. "Vague Illusions" is an excellent example of this, but it's on track three's "Leave Me Here" that I find myself quite smitten, as the groove right from the get-go is intoxicating, as is the layered, entrancing, atmospheric guitar.

'Somewhere Along the Highway' was the band's fourth LP, released in 2006 and the first to house over half of the tracks being 10+ minutes in length. This might be my favourite CULT OF LUNA release, as "Finland" and "Dark City, Dead Man" are certified behemoth bangers. The former takes Isis' 'Oceanic' and puts the Swedish spin on it, creating a lush but subterranean post-hardcore/post-metal masterpiece. The latter spends three-and-a-half minutes on an intro before devastating the listener with some seriously crushing metal, while the final 9 ride a cyclical wave of spacey guitars and...synths? I dunno, but I know it sounds great. The intro track "Marching to the Heartbeats" is an ambient, whispered track as is "And With Her Came the Birds" albeit with more traditional instrumentation, with both giving me hard Johnny Cash vibes. Very cool album. In 2006 the band also released the 'Bodies/Recluse' 7" with covers of Smashing Pumpkins and Unbroken which is a very good listen.

Things get pretty dang heavy on 2008's 'Eternal Kingdom' LP and this is none more obvious than the opening track "Owlwood", not to mention "Curse" and "Following Betulas", all of which could flatten a city if played loud enough. "Eternal Kingdom" lays down more swayin' grooves while "Ghost Trail" is the album's longest and darkest track, sounding as much like a nightmare lullaby as their typical crushing hardcore/metal. There seems to be a lot more experimentation on this record, which became more and more of a theme over the course of the next decade. Contender for their best album.

Taking five years off to prepare for CULT OF LUNA's 'Vertikal', featuring 9 tracks released in 2013 as the band's sixth full length album. This one is much more mechanical sounding, taking cues from both industrial/sludge imagery and music, but it without a doubt the band we all know and love. You can tell from the track times which songs are interludes and which are big 'ole bangers, with "I The Weapon" and "Mute Departure" being two of the top three. My top pick is "In Awe Of", a tranquil yet aggressive swing through 10 minutes of classic CULT OF LUNA. And how could I leave out the nearly 19-minute epic "Vicarious Redemption", as it is an EP unto itself.

Following their sixth album CULT OF LUNA receded back into writing mode for the next five years, but from 2013-2016 they managed to release a few collaborations, live albums and some instrumental records. The ones I am most interested in include three tracks of doomy, hardcore/metal with friends The Old Wind and released 'Råångest' and another five songs of crushing, beautiful, ethereal atmospheric jams with Julie Christmas on their collaboration 'Mariner' which is a stellar release.

I hadn't listened to CULT OF LUNA in more than half a decade when 'A Dawn to Fear' was released in 2019. I'd seen friends commenting online and it seemed like this was a huge success for the band, as everyone who brought it up seemed to love it. And for just reason, it's really fucking good. And so I delved back into the band and it was awesome. Opener "Silent Man" is the perfect blend between sludgy, industrial hardcore and post-metal, infusing the best vocal work to date. By the time "Lay Your Head to Rest" is a third of the way through I'm definitely making comparisons to the new AmenRa record, as the machinery/doomy aspect is on full display with this album. "We Feel the End" is the most relaxing song here, taking an ethereal route and clean vocals. Title track "A Dawn to Fear" is surprisingly short and somber (lol 9 minutes is short) although "Lights On the Hill" surpasses the 15-minute mark and has plenty of different movements, making it the longest and most diverse song on the record. "Inland Rain" is what I would consider the most direct and basic of the tracks, which also means it's typical CULT OF LUNA so it's dark, chunky, synth-heavy and entrancing. A standout is "Nightwalkers", which plays on a few synthy notes that make it a driving, writhing giant looking prey in the dead of moonlight. Closer "The Fall" is my favourite from this release, as the epic closer expertly lays down a gorgeous riff at the beginning, then crushes the listener, and finally blends the two in a masterful outro from the 10-minute mark onward.

As for the discography below...fuck no, I ain't doing all that work. Take a look at the full CULT OF LUNA discography on discogs.com linked here.

2000 - Switchblade split 7" (anyone have this version? please upload it)