Band: MEIA LUA E SOCO
Genres: Punk / Rock / Hardcore / Post-Hardcore / Metallic Hardcore / Screamo / Skramz / Emo-violence
Related artists: ?.
Country: Campinas BRAZIL
Years Active: 2005-2006
For fans of: Deftones, Endor, Finch, La Parade, Vientre, Viva Belgrado, and Standstill.
Label(s): Self Released
MEIA LUA E SOCO hailed from Brazil and were active very briefly in the mid-2000s. They played a very post-hardcore take on screamo and metallic hardcore, falling somewhere between bands like Deftones/Finch and Spanish screamo/post-hardcore such as Vientre and Viva Belgrado. Their name translates to "half moon plus punch", which was the famous command for Ryu's hadouken in the game Street Fighter 2. They released a demo and two additional songs which were compiled last year on the digital EP titled 'A todos os nossos amigos'.
Some of their songs have a distinct vocal inflection of making a pronlonged scream more and more broken/loud as it goes. That may sound like a weird description, but take a gander at the first 30 seconds of "Lacra o Shopping" and you'll know what I mean. I even spoke about how much I loved it in the Sean Leary of Stormlight/Loma Prieta/Beau Navire podcast (linked here) and recently recorded a song for Apostles Of Eris where I literally tried to do the same thing. Another feature are the clean vocals, but they're kind of hit or miss and bring to mind Endor. 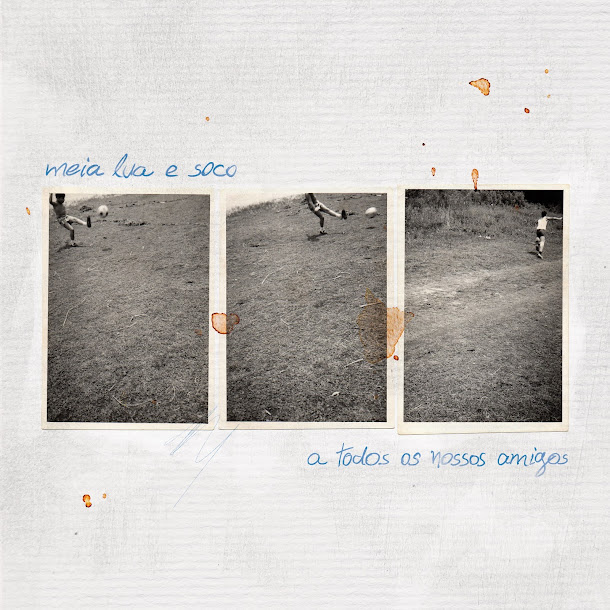