Label(s): Self Released / Spat On Tapes 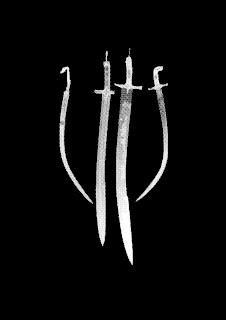 STILL is a band from the UK that released a live-off-the-floor demo in 2017 that I didn't get around to obsess over until mid-2018. Playing an excellent, brooding style of evil, dark, screamy hardcore and black-metal, it's the destroyed vocals that take the cake cuz they sound like every nightmare I've ever had rolled into one. They take what are normally 10-minute monsters and condense them down to more digestable 4-6 minute chunks, thus resembling Tentacles, June Paik and Red Water to a pretty strong degree. They've also played shows with the likes of Hexis, Hundred Year Old Man and Dawn Ray'd.

Their sole release (so far, keep reading...😇) opens with the fantastic "Daughter", which mixes a glorious concoction of sprawling post-hardcore and epic black-metal. And it is on this track that we first hear those outrageously destroyed vocals, which are probably my favourite thing about the band. After the band's patented two-minute introduction they shift to volatile hardcore, then back to tranquil post-hardcore, and finally back to the initial Hope Drone and ['selvə] spacey riff that just kills me. Oh, and that instantaneous shift from destruction to complete tranquility at 3:07 is fucking genius.

The second track from 'Karin' is so good I used it as the opening track on the January 2019 blog mix. "Wretch" is the ultimate display of STILL's ability to crush the listener, and is without a doubt the darkest and unsettling song released to date. When the swing hits at 1:26 with lightning drums make sure you're wearing a chin-guard cuz that shit'll make your mouth drop like a ton of bricks. After a bassy lull the song kicks back in at full speed halfway through to strip whatever remaining hair may be left in your ears. And those vocals, my god, they sound like a demon shrieking in pain...and I fucking love it.

"Dancer"  begins with an equally calming and unsettling ambient intro that bleeds out to just drums that act as the transition to a swirling guitar progression and its subsequent annihilation at the two-minute mark, although they do resurrect it soon after and layer it over top the darker, sludgier section. The song picks up yet again following a few destructive bass riffs at around 2:45 with what I can only describe as the cataclysmic sound of the end of the human race. Alongside "Wretch" this is my favourite of the songs here.

"Priest" is a cool jam with a hypnotic and minimal instrumental jam from the first to second minute, but otherwise it's a mixture of spacey post-hardcore and unrelenting, blackened screamo. Closer "Execution" bides the first two minutes with a dreamy and lush instrumental opening whilst simultaneously recruiting an army of evil goblins, all of which are unleashed upon the listener for the song's final 1:28.

I contacted the band and they have informed me that they are set to release a three-track EP this spring and are also working on an LP which will be, "heavier, more abrasive and considerably darker!"...fuck yeah!!! If you're around be sure to catch them on February 9th in Hull at Kingston Studios.