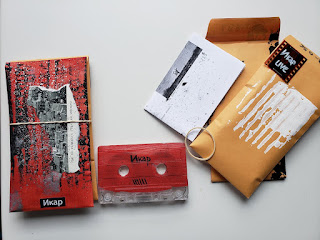 I discovered Икар (I think it's pronounced Ikar) through Le Blast Tapes who continually release some of the most obscure/underground screamo/emo-violence from all over the world. After picking up the label's most recent releases I came across this Belarusian band that recorded a live set in 2015 and an EP in 2016, both short, both fucking awesome.
This band in particular played intense, cathartic, speedy, and shrieky emo-violence in the vein of Blind Girls (minus the intricate guitar melodies), Francis Brady, Piri Reis and Beau Navire. Honestly this shit should have blown up as the 2016 '\​\​\​\​\​\' in particular is top-fucking-notch stuff. It contains six tracks that are usually a hair under two minutes and the production is (obviously) vastly improved from the live recordings.
Zegema Beach Records has the final copies in their store but only 15 were made and we already sold the first half!
________________________________________ 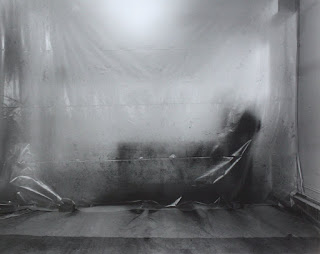 This three-piece from Chicago, Illinois were around in 2013 and then were done. In and out with a single six-song EP called 'Tainted', how very screamo indeed. The songs are very dark, emotional, raw, eerie, and generally just super moody, with jarring/shrieky vocals and the occasional spoken word (but so much more, like a controlled emotional wail). Tracks like "Cold Winter Showers" (very bassy), "Hold" (very playful), "How Many People Should Be Dissected?" (very diverse), and "Ignorant Assimilation" (very epic) are the ones to perk your ears up for when listening through, as they are fleshed out and super engaging. The closer "Ignorant Assimilation" (live video here) is my numba one here, as that dark/dancey vibe builds until the vocalist is left alone screaming before the climax - HOLY FUCK that's some good shit. They definitely hit a sweet-spot that's hard to place, but A Paramount A Love Supreme, Swan Of Tuonela, and Truman are probably the most apt comparisons here.
________________________________________ 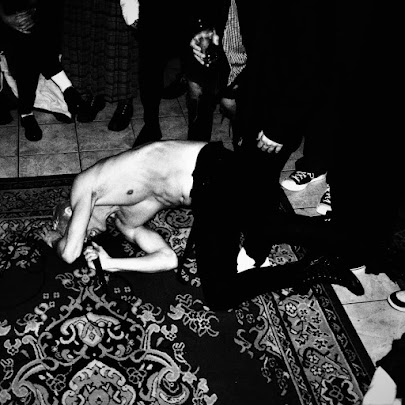 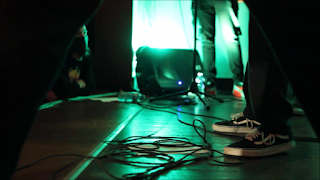 A few months back I was introduced to Langley BC's very young quartet THANK YOU DRIVER via their 'Nothing You Do Can Stop Us' three-song EP which cracked open my skull. It's so good. So I helped release it. Then I went to a show and shot some footage for a music video. Then Trilly edited it. Now we're here. Let's go.
2020 'Thank You Driver' opener "An Aggressive Display of Screaming and Acceptance" begins like Deftones but quickly switches to noodley emo, which is super surprising considering the band's two 2022 EPs sounding nothing like either of those things. The song as well as the next wo songs on the album follow this formula with varying degrees of success; lots of spoken word, layers of vocals, hard/soft dynamics, noodles, emo, post-hardcore/post-metal, and the like. Closer "Heartbreaks and Openers, Pt. 2" is probably my pick for best track as it focuses on the heavy and when the chill moments pop up the guitar tone sounds fantastic, combining into and early Codeseven meets Snapcase hybrid.
In early 2022 the band released 'They Taught Us How To Read In Nam' which is a complete pivot from their preceding material as the band obviously got hard into The Dillinger Escape Plan and early 2000s metalcore. Even with all the same members they switched to super techy metalcore without a hint of emo, and therefore these three songs fucking shred. The vocals are also very different and are rabid and on the lower end of the screaming spectrum. "Interview With B. Rice" goes apeshit immediately and brings in some extremely nifty instrumentals come 1:45 that remind me of Unearth. "Rich In Bootstraps" has a bit of a Shai Hulud feel to it with those swirling guitars and introspective vocals but hot damn that breakdown and subsequent shift halfway through the song is badass. Closer and title track "They Taught Me How to Read in Nam" is more experimental than the first two but opens with some nasty chugs and gutteral vocals and contains some serious guitary wizardry and multiple screamers. Mmmmm baby. Appetite whet.
In late 2022 the band showcased their growth over the past few months and delivered one of my absolute favourite EPs of the year with 'Nothing You Do Can Stop This'. The math is still there but the band delves into myspace/grind and come out sounding like a mixture of Thumbscrew, .gif from god, and Poison The Well. And they fucking nail that shit. Right from the 10-second mark in opener "Dyer Blueprint" the listener is catapulted into a tornado of chugs, wild solos, stop/starts, and shrieking maniacal vocals. The song sounds like the band stepped into warp drive as the dizzying shifts and aural onslaught seems to occur at every possible moment, leaving just 15 seconds of breathing room at its close. If the opener is a team of snipers then follow-up "A Motion Picture Fantasia" is a racecar/stream-roller that flattens any human it its path. Everything is stepped up on this release, and it culminates in closer and lead single "Virgil Scump" which really pushes the Poison The Well-esque spoken word to the forefront, embraces more accessible transitions, and boasts the EP's longest length.
________________________________________ 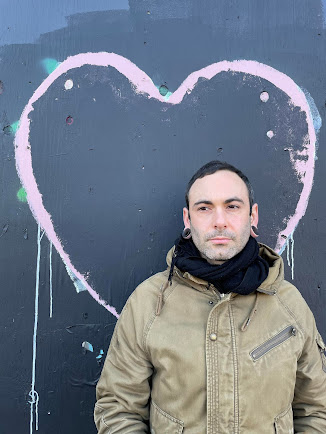 Band: BLUE SKIES FADE
Genres: Punk / Hardcore / Metalcore / Metallic Hardcore / Emo / Screamo / Skramz
Related artists: ?.
Country: New Jersey U.S.A.
Years Active: 1997-2000
For fans of: You And I, The Story Of Floating Weeds, The Assistant, Dispensing Of False Halos, Crestfallen, Tyranny Of Shaw, and Codeseven.
Label(s): Inertia Records / Cast Down Records
I was recently shown this album from New Jersey hardcore/metalcore/emo band BLUE SKIES FADE. They seem to have played shows for a few years around the release of their only album 'The Untimely Construction of a Bridge To Jump Off'. The album is loaded with neurotic moments and transitions (sometimes seamlessly, sometimes not) that swerves the vessel between varying track lengths and genres, generally emo with raw sung vocals, metalcore/metallic hardcore, and screamo. Songs such as "Pacify the Agony" and "Blur" hold my attention while others like the 7+ minute opener "Monday", "Numb", and closer "Conspiracy" have but a few beacons of light amidst a flurry of stuff that just doesn't jive with me. Primary, the unjiviness comes from the clean vocals that are kinda tone-deaf - which some people love, but not me. The thing is, when the band moves into the heavier stuff they really excel at it. The first half of "Angelica's Story" is badass and reminiscent of bands like Dispensing Of False Halos, The Assistant, and 'Division of Labor'-era Codeseven (those dual vox are intense), but the introspective midsection doesn't do anything for me. This holds true for the last two minutes of "On The Side Of Darkness" (another needlessly lengthy endeavor), most of "Blur" and "Pacify the Agony" as the intense, engrossing, cathartic aspects of the band shine brightly. 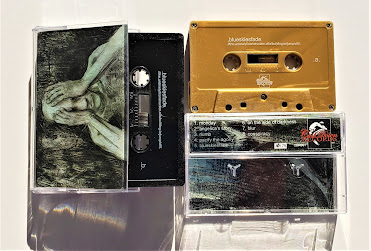