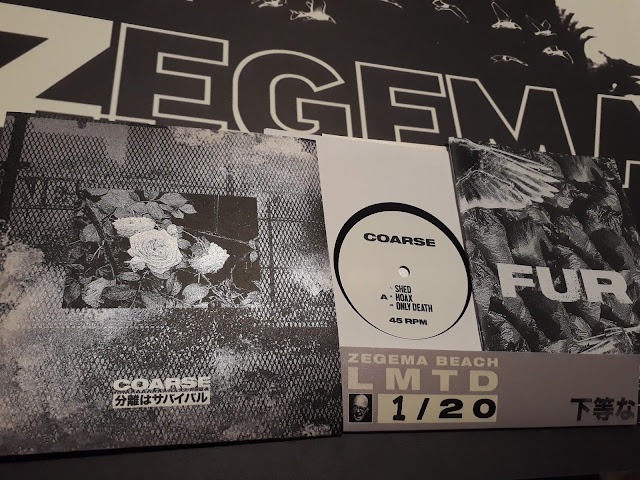 On the cusp of their Japan Tour, I present an interview with drummer/vocalist Brandon Gallagher. Enjoy, and grab a 7" with the alternate /20 cover or the regular edition /300 here. That EP is so good that I listed it as my favourite EP of 2018, which you can check out here. 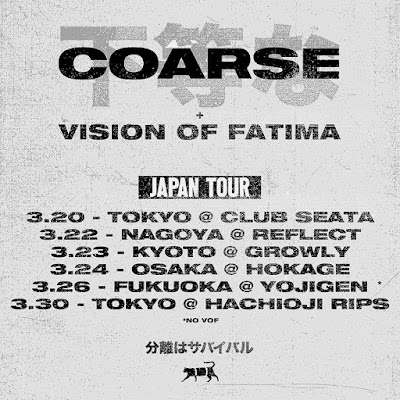 *1* Do you remember your first meeting / interaction with Ryan? 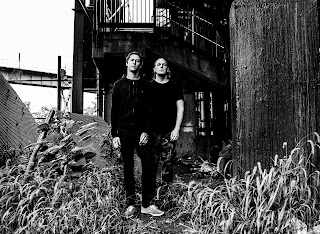 Truthfully no I don’t. Our old bands had played a couple one-offs together when we were both on the up and touring a fuck ton. We would just randomly rip a show together when our DIY tours would hit the same city on the same night. I THINK it was a show we played in Sylmar, CA in 2012 - like 45 minutes outside of LA in someone’s living room. My memory is shot haha. Either way he ended up becoming one of my best bros that I’ve met from touring, and for years after that we would hang in various cities, or when Capsize would come through they would always crash at my parents house in NJ.

*2* What was the first song you wrote together?
When him and I first talked about starting this band, Ryan had sent me like a minute of what ended up becoming “In Peril” via a text message, just a riff and a really cool drum part… and I was like yeah this fucking rules. It wasn’t until he came to NYC after working on a writing session in like Toronto or something that we really began writing. He and I both had some ideas so he crashed on my couch for a week and we wrote the whole 'I' EP pretty much in order. We just went through and was like “okay yeah this should come next”.

*3* How do you work out the lyrics and vocal patterns?
It’s an interesting system. I’m constantly writing lyrics, whether it’s full songs or just a couple lines - I have a text file on my phone that I constantly add to. We had written all of the music for 'I' without any lyrics or vocal patterns in mind. Once the EP was done, I just sent Ryan all of the lyrics I had “loosely” written for the EP after listening a bunch and then he worked his magic. He then sent back his vocal takes and I free-styled layers and parts over his, eventually cutting out what we didn’t want to use.

*4* What is your favorite Coarse song and why?
I really like the last two, "In Peril" and "No Heart". We wrote these songs in order of the EP so I think the song writing just got better as we progressed.

*5* Were any of the songs trickier than others to write, record, or play?
All of these songs are pretty tricky. Since Ryan and I do not live in the same state we definitely practice a lot in our spaces with headphones. Literally every time I finish a session I’ll text Ryan and be like “holy fuck why did we write these songs?” Haha.

*6* What would you define Coarse as, genre-wise?
I think the term “metal core” is a little played out. Everyone wants to be a “metal core” band but like a COOL “metal core” band. Okay I’ll stop with that term, but I like that some press called us “Feral Rock”. I think that is our genre.

*7* What bands have influenced Coarse the most thus far?
Going in to writing the EP I was really influenced by Some Girls - 'Heavens Pregnant Teens', and Fear Before the March of Flames - 'Art Damage'. Both of those records were my bible in terms of lyrics, riff ideas, drums, etc. Going into the new record I’ve been listening to a lot of Kiss It Goodbye, Ed Gein, Genghis Tron, and All Else Failed. There is also a lot of industrial and noise influence on the newer stuff so I’ve been listening to a lot of HIDE, Skinny Puppy, Youth Code, and Nine Inch Nails. It’s a little all over the place, but there are definitely elements that I can take from all of these bands.

*8* Did you want to reveal any info on…
I don’t want to go into super specifics, but I will say we have new music done, an EP specifically. We have a rad feature on it, and working on a couple more. Ryan and I started working on an LP too.

*9* You are touring Japan… do tell.
Yeah I’ve always wanted to tour Japan so this is truly a great honor. Japanese food and culture is some of my favorite so I’m really excited to just dive in and experience it all. Vision of Fatima is a rad band so I’m stoked to catch them every night as well.

*10* What is next for Coarse?
We’re dropping that EP in the spring. Touring Japan and Europe in March and April. Coming back in the late spring to finish writing and record and hopefully have an LP out by the year’s end.
Posted by Dave Norman at 09:32