ME, THE HIDEOUS FREAK 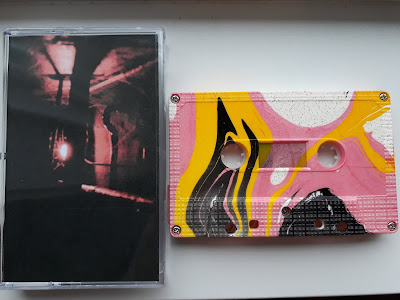 When people talk to me about music, they generally assume that I mostly listen to music with screaming. But is that accurate? Hmmm...yes. Yes, it is. But is it all I listen to? Hell no. Despite jamming primarily heavy music I do love my "other stuff", especially well constructed indie rock. I mean, damn, I'm probably jamming the grunge/indie/shoegaze band Ovlov more than anything else right now.

One of the bands I thoroughly enjoy is Mansions. Do you know Mansions? Do you like them? Do you also enjoy, oh I don't know (yes I do) Rocky Votolato? How's about a bit of The Beatles thrown in for good measure? Well hot damn, you should probably check out the solo project by name of ME, THE HIDEOUS FREAK, born of one Andy Klingensmith. Chicago slow-core/indie pop.

So as a side-note to my first paragraph, I am a really picky sonofabitch when it comes to singing, melodies and placement, which is the primary reason I don't delve more into rock music. It also makes me ecstatic when I come across something that actually reverberates with me - and when it comes from a close friend...well that just gets me all teary-eyed. Andy runs Chicago DIY space Empty Bliss with Vanessa of Crowning and was also on a podcast that I did with Vanessa in late 2018 which you can stream/download here. Andy is a straight-up sweetheart and very artistic person.

ME, THE HIDEOUS FREAK's debut 'Demo' cassette EP was released via Tomb Tree Tapes and contains five very chill, very indie, acoustic folk rock. It opens with arguably the strongest track "There's No Design In This" which brings the sweet, crooning vocals to the forefront, both isolated and layered. The choir vocals and repeating guitar transition at the one-minute mark, with some truly majestic vocals that are somehow whispered and belted out simultaneously. By 1:35 we move into Mansions territory before falling into a dreamy spiral that spits the listener out at 2:23 to a swooning death lullaby that should be featured in a movie version of Vonnegut's The Sirens Of Titan. "Towards Eternity" is next, moving into more uncomfortable, darker territory and nearly doubling in length, and it's a good track to drive home in the nighttime rain to. The slightly synth driven "B u l l s h i t" is embedded in the middle and is surprisingly upbeat-sounding considering the lyrical content. The vocal placement is excellent and I find myself singing the words to this more than any other song, and the delivery is both melancholy and powerful. Another standout is the stripped down, light and vast number titled "Like Stardust". It's a slow, dreary build that is the audio equivalent of rain pattering on the street in slow-motion, as the lyrics describe Andy being thrown from a vehicle, "and my hair would look like stardust in the sun." Frightful imagery and great execution open the song up at 2:45 and the most honest, gorgeous and mesmerizing section presents itself from here until the song's inclusion of an ambulance call (I think) that follows the guitar and drums until its 5:29 conclusion. A wonderful song, Andy. Truly. The demo's closer "Play the Victim" is the longest song at 5:48, sounding like an ethereal musical injection into the movie Vertigo, as the guitar really sounds mysterious. Mystery-core? Nah. Still, I think this is the ultimate soundtrack to a game of Clue...just put this sucker on repeat. Seriously though, it's a good closer, it's eerie, and that switchover around 3:30 is excellent.

Zegema Beach Records and Tomb Tree Tapes are releasing a solo/duo compilation cassette in early 2019 and ME, THE HIDEOUS FREAK are contributing a track, so expect a new song (at the least) very soon! 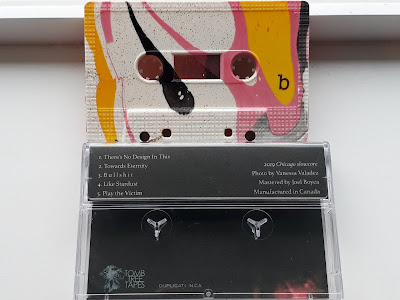 ME, THE HIDEOUS FREAK additional links