LAUDARE is an art project/band from Germany that I became aware of because the drummer of Amber sent me their stuff, and I still rue the day that band broke up with a full LP ready to drop...but then the vocalist peaced two days before recording and it never saw the light of day. I still have the instrumental wav of the entire record and goddamn, fucking goddamn.

Anyhoos, LAUDARE doesn't sound like Amber. In fact, I don't really know who the fuck they sound like, as they are most definitely their own entity. Dave, are trying to tell us that they are eclectic? Bahahaha, that's putting it lightly. A few genres I noticed whilst listening: instrumental rock, ambient, black-metal, hardcore, screamo, post-rock, spoken-word and jazz. To top it all off there is an unsettling weight in the songs which, at times, is peculiarly balanced with what I can only describe as folk/carnival rock.

The band's debut album is titled 'd.é.o.m.é.' and they were kind enough to send me a physical copy. And I'm fucking glad they did, cuz it's beautiful. Here a few pictures of it, including the piece of glass taped to the booklet and an awesome silver foil sticker. Not only is the packaging fantastic, but their website has a very cool, interactive platform for listening where you can walk around and as you pass through some interesting shapes you'll hear different songs off of the record. Very cool stuff. Check that out here. 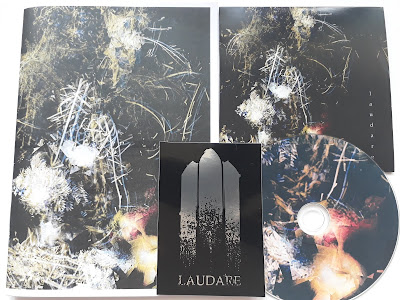 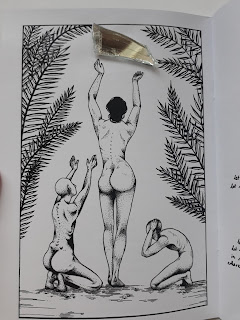 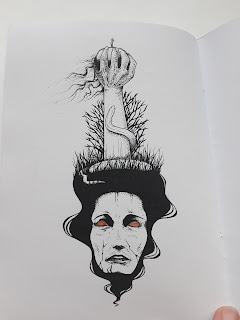 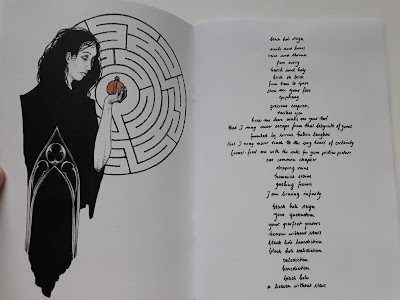 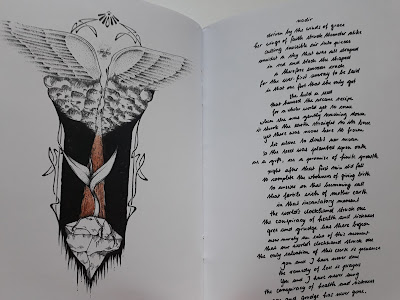 "Plethora" opens the album as a 4:47 journey through eerie, ethereal, ambient, spoken-word/crooning post-rock that is as haunting as it is lush. Things get much more intense once "Black Hole Reign" begins with its dark, screamy and spacey intro and then jumps all over the map, settling into a slower groove midway through after some black-metal/shoegaze infused bits. "Begging Substance" is my personal favourite, as it shoots fire from the get-go, coating the listener in ballistic drums, throaty female screams and heaps of tremelo. It's also 6:03 in length and gets pretty doomy during the second half, with the midsection reminding me heavily of Light Bearer. "Collision ..." is the soft, uneasy intro to "... And Coherence", an epic myriad of heads, each with its own specific purpose to build the song into a behemoth. The cleverly titled "Whoever Doesn't Shine Is Darkness" is next, weaving a dream-like netting that is hung over the listener, and definitely reminds me of rock composed by a classical composer. Closer "Nadir" reminds me of "... And Coherence" in the way it is arranged, beginning slowly and building to its epic conclusion, although it doesn't peer over the ends of the spectrum like its predecessor.