I found out about SECTIONED after hearing Frontierer, as four members of this band joined Frontierer in addition to this pulverizing beast. SECTIONED match the intensity of their other band, but do so in a much more straightforward way (read as "less guitars that sound like lazer beams") by continually charging the listener with a furious, constant onslaught of noise, generally falling somewhere between Meshugga and The Armed.

Although I enjoy their debut 'Monotonne' EP, which has darker Isis-esque vocals instead of the throatshredding screams of the new material, I do find myself seldom revisiting it. I personally favor closer "Rot" with its mixture of The End heaviness and Rosetta atmosphere. 2013's 'Outlier' opens with the nightmarish "Parasite", riding a mind-altering intro that takes over four minutes to finally go supernova. Things go back to more typical SECTIONED with "Trismus", featuring a plethora of ridiculous guitarwork that reminds us all that 80% of this band also plays in Frontierer. The vocals on this record are more reminiscent of their 2012 debut and don't really do it for me, as they don't add all that much to the experience - it sounds like rehashed Shai Hulud vocals a lot of the time. "Neverbeen" has a ton of instrumental wankery that'll have you scratching your head and reminding you that you love early Dillinger Escape Plan and Tony Danza Tap Dance Extravaganza. "Hell Away From Home" inserts a seriously creepy midsection and closer "The Body As A Deadweight" sounds like 8 minutes of calculated death. 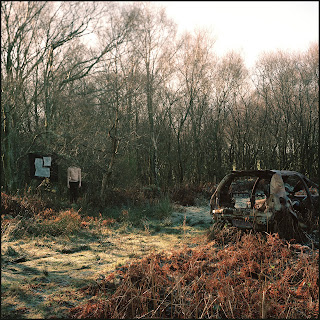 In 2014 the band participated in a split titled 'SCTNDSHRDDR' with SHRDDR, and it is at this point in time that those vocals really start hittin' the spot. After a short shocker of an opener the band goes absolutely ballistic on "Repeater" but it's the 1:42 "Placid" that steals the show with a fucking timewarp beginning that subsequently beats the listener into submission until they are erased from the history of time.

2018's 'Annihilation' could not be more appropriately titled, and it opens with the title track which rips and tears at the listener like a mechanical attack dog, leaving nothing but shreds of remains. "Beautiful Struggle" is loaded with breakdowns and a dizzying vocal spectrum, "Starved Lives" comes apart at the seams by the end, "Release" bounces around like a frenzied swarm of bees and is a straightup goddamned mindfuck. "Portrait" is also worth noting as it spends the first half mincing up any bones you might have left in your body and the latter dipping into a technological swamp that will leave your brain utterly fried. In the end, a fried brain is probably what they're going for. Ahhalalajsdfoisdfjds;aocx m-