LONG DISTANCE RUNNER hail from New Zealand and are likely most well known for being ex-Parents. I have been jamming Parents for years, so when this band surfaced in 2017 I was pretty stoked. I enjoyed their 2017 debut 'No Value', but it was 2019's 'No Escape' that shook me and left me reeling. While I was in New Zealand I became a member of Swallows Nest and had I stayed in Dunedin I bet I would have played with this band a bunch (as the bands are good friends) and there was even talk of me going on one of the members' radio show, but alas I moved back to Canada.

Their first EP 'No Value' was released on 7" by the band and is an obvious extension of Parents, but moves into heavier hardcore and more obvious screamo influences. Opener "" is a ragin' short time, while the next/title track "No Value" plays like a slowed down, melodic version of Dangers!. "The Mask" is my personal favourite on this debut release, as it starts out pretty playful and is reminiscent of Comadre before they employ dual vocals at 35 seconds, and then the song takes flight as an epic, crushing, melodic, hardcore jam. 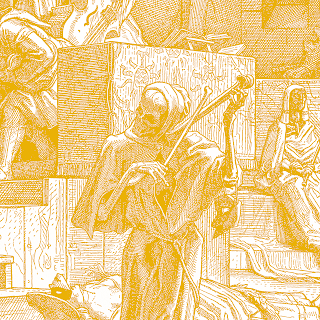 In 2019 LONG DISTANCE RUNNER first released a two-song teaser of "Eulogy" and "Fear of Life" before officially releasing their sophomore, self-released 7" 'No Escape'. It becomes bludgeoningly clear soon into opener "The Downcast" that this band gotten much, much more aggressive, and I fucking love it. It begins in an atmospheric cave, eventually Boba Fetting its way out with a disgustingly angry and powerful remainder, complete with vicious vocals and a thick, dense core. "Eulogy" is next and is short, but a lengthy slap in the face that manages to create palm-to-face contact that for its 1:26 tenure, including a bombastic conclusion that reminds me of Australia's Machina Genova. By the time you finish "The First Lie" you'll likely find yourself very impressed with the absolute tenacity in the screaming department, as they coat everything in a violent, suffocating tar that I just can't get enough of. "Fear of Life" rips through in 1:16, reminding me of Thumbscrew before the even shorter "Black Mirror" tears out of the speakers and blisters the eardrums. Closer and title track "No Escape" is a masterful and wonderful raging hardcore song with enough weight to knock out an unsuspecting listener, and hot damn that conclusion post 1:20 is apocalyptic and vaguely reminiscent of the U.K.'s Lavotchkin.

I don't know what they're up to next but good god I'm keen as and I'll be all the fuck over it. You'll find this EP listed again in our Best Of 2019 cuz it rips.