In early 2019 my friend Maya Chun posted their 'blue noise' two-song EP in a facebook community that I run and I immediately fell head over heels in love. At that time Maya explained that they had been writing and reworking the songs "one" and "two" since 2012 and was ready to be done with them. BLUE NOISE is a clusterfuck of genres, with the most obvious being atmospheric black metal condensed down and spliced with screamo. Realizing how amazing the songs were, I asked if I could release them on tape, assuming no more BLUE NOISE was on the horizon. A week after I ordered the tapes Maya came back with two brand new songs titled "hapless" and "what a pity" on a second EP by name of 'never born'. I quickly sent these two songs to the plant and only a few weeks later I received a message from Maya saying that they had finished writing, recording and mastering a full, 10-song LP. Holy shit. After spending six years on two songs, this was unexpected but immensely satisfying...especially after hearing the LP. So before I review the first two demo EPs I'll lay out the pressing info of these three releases along with pre-orders. 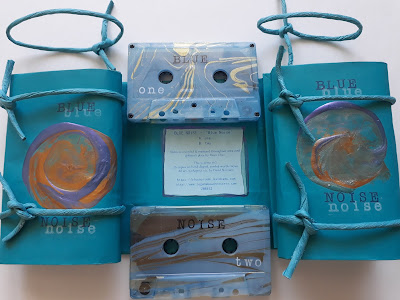 These songs were started in 2012 and finished nearly five years later and released as the self-titled 'blue noise'. I can't tell you how many times I've jammed these two songs...maybe 50+? Seriously both of them are epic, cathartic, tranquil and screamy black metal that have their own gravitational pull. "one" (which is the demo of "it cannot be helped") begins with the faintest of guitars before exploding at 53 seconds with a mind-numbing increase in speed at 1:17. At 1:35 the song leaps from fantastic to jaw-dropping with the inclusion of a spacey tremolo that is so epic and beautiful that it unlocks my heart. There's also a perfectly placed stop/start at 2:10 and subsequent groove that generally interrupts any train of thought that I might have had. "two" (which is the demo of "drained") is a bit longer, weighing in at 4:21. The intro is intended to be much more powerful and amasses a decent sized storm before dissipating into what seems to be nothing, only to explode with a ferocity and viciousness born of extreme repression at 1:55. The swirling guitars and shrieked vocals build on themselves to create a behemoth that swings into a phenomenally groovy climax from 2:38 until its conclusion. 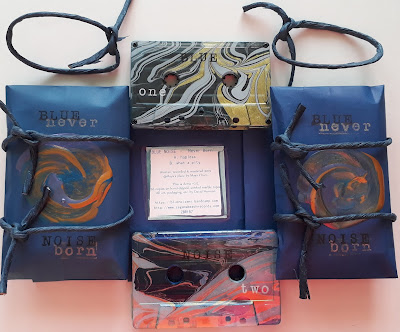 Written, recorded and mastered in a matter of weeks, 'never born' is a step away from the epic and toward the harsh. Both songs on this second demo are titled the same as the upcoming LP. Opening with "hapless", one of the shortest BLUE NOISE songs at 2:35. There's definite inclusion of those epic, spacey guitars mashed with the chaos, everything just happens so fast due to the short time-span that the song gives the effect of a tornado as opposed to a prodigious mountain. The final 30 seconds are pretty dark and are anchored in a black-metal breakdown that sounds sinister as fuck. Next up is "what a pity" which is nearly twice the length and bridges the gap between the first demo and "hapless", as the first 40 seconds create a nice ambiance before the song chimes in at full stride with lush, dense black metal. After a brief slowdown the song majestically takes flight again right before the two minute mark, and finally crashes and burns in magnificent fashion post 2:38.

'everyone goes away eventually' 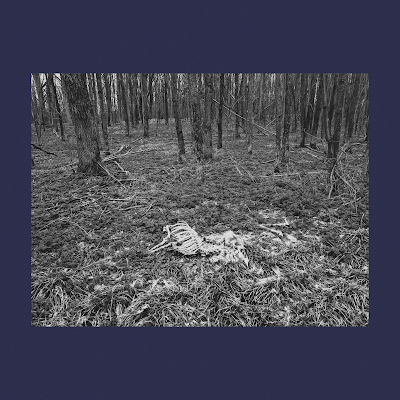 'everyone goes away eventually' will be released in full before the end of May, with a song premiere coming late next week. This LP is incredible. Incredible I tell you. Honestly, if you like what you hear so far just grab the tapes cuz this full length is gonna blow you away. Maya Chun I don't know how you do it...but please don't stop anytime soon. 💓💓💓

2019 - everyone goes away eventually cassetteLP
[pre-order from ZBR U.S.A. here & everywhere else here]