I first heard of GLASSING through a friend years ago, but it wasn't until 2019 when the Texas-based band released 'Spotted Horse' that I finally got around to sitting down with their music. Good call? Holy shit, you bet your ass it was. This record is phenomenal and will easily break my top 20 LPs of 2019. I generally describe the band as "These Arms Are Snakes but screamier" and I stand by the initial indicators. Obviously there's a ton more going on, but the epic, swirling instrumentation along with such biting guitar tones reminds me of These Arms Are Snakes more than any other band, but there are bits that straddle Hope Drone-esque atmospheric metal as well as experimental hardcore ala Snapcase. And I can't forget to mention the vocals, contributed by the bassist Dustin, which are much almost always screamed in a semi-high, shrill manner that makes me think Youth Funeral and Dustin Kensrue from Thrice.

Having only very recently listened to the band's debut LP 'Light and Death' I can say it's very good, but as more as a stepping stone to the fleshed out and gargantuan material housed on their sophomore effort. Opener "Life Wrecker" was also on the band's two-song demo and is a force, even with slightly less production value and hoarser vocals, as those writhing riffs are deathly. "Human Height" is much faster and more reminiscent to the sound I found myself loving on 'Spotted Horse', with so many excellent shifts and wonderfully constructed melodies still audible amidst the chaos, noise and screaming. The rest of the album either teeters between the styles in tracks one and two or blends them together, with a short list of exceptions that include "Heavy Donor", complete with a Pelican-esque second-half and the close of "Memorial", in all it's post-rock glory. 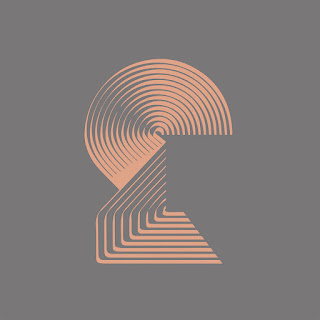 The aforementioned/incredible 'Spotted Horse' opens with "When You Stare", a righteous, sprawling and insidious track anchored by shockwave chugs that first pop up post two minutes and a super trippy midsection that combines an The Tea Party with Snack Truck's acid-soaked synths. "Sleeper" fucking slaps, and slaps hard right away. Each vast, deafening stroke has been perfectly calculated and the entire thing is over in just 3:30. You want a good track for that These Arms Are Snakes comparison? Just listen to those wailing licks from the second minute onward, as well as the entirety of "Lobe", as it is only half the length of its predecessor and lays on those incredible layers with additional oomph, palm mutes and searing screams. "Coven" (as well as track 8's "Fatigue") is a gorgeous, ambient interlude continued into the slow, spacey, post-hardcore jam "A Good Death" that decides to revert back to heavy, epic and screamy post-hardcore around 4:20. "Bronze" showcases more extremely effective riffery and changeups all condensed down into 3:55, which is a very impressive feat. "Follow Through" and "The Wound Is Where The Light Enters" are both behemoths (the former being post-hardcore and the second being post-rock), squishing "Fatigue" and "Way Out" which are sandwiched in between. Of the four, I'm a huge fan of the dreamy, spacey and poisonous web that is "Follow Through" as well as "Way Out", the short-yet-anthemic banger also known as track 9.

I believe the band is amping up to record more songs in 2020 so if you've heard this most recent album chances are you're foaming at the mouth and trying to bite your loved ones, just like me.