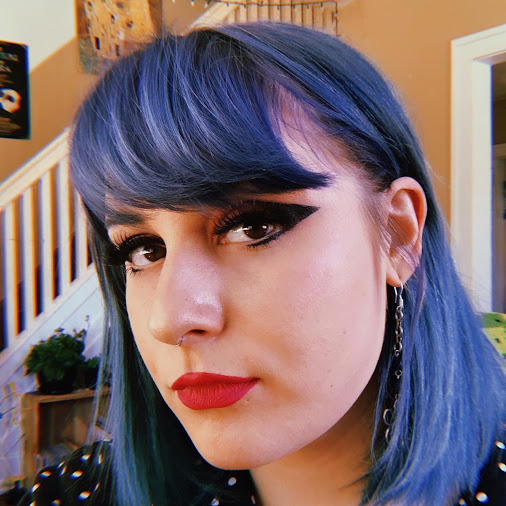 Ophelia plays in Burial Etiquette, which is how we came into contact. I was sent two songs for the upcoming 6-Way split 12" on Zegema Beach and was flabbergasted at the band's development and absolutely stellar set of jams. After which Ophelia showed me her solo project Opheliac, which is fucking amazing. Speaking of, To Be Gentle and Opheliac released a shoegaze collaboration song but a few mere hours ago and it, as expected, incredible (and linked here!!!). I spoke with Ophelia a week or two before this song dropped and had a helluva good time. Topics included: special effects makeup, where the hell is Thunder Bay?, New Friends Fest, playing with Karloff, dads like Pearl Jam, empathy for people who don't like screamo, the good MuchMusic shows, videogame music, Ping Pals...the game!!!, dad joke count, feeling the warmth of static, Life Aquatic, Anthony Green, living in South Korea, the upcoming Burial Etiquette 12"LP, supporting fellow female artists, showing your 80s colors followed by regrets, guest appearances from my kids, etc. Bands played in this podcast: Black Marble, Darkle, Guiltmaker, Makthaverskan, Nhomme, Quest Master, and The Advantage. Listen to podcast #76 which is available to stream and/or download for free via this link. 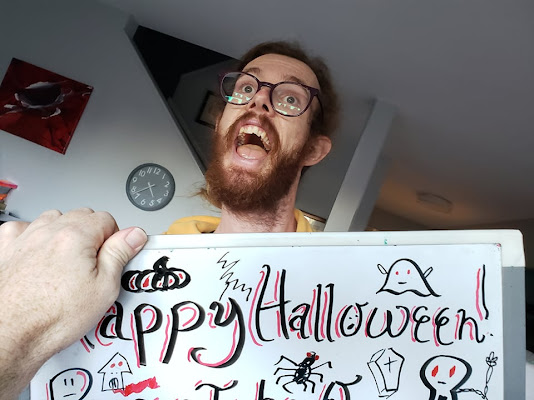 My good friend Tom got...well stuck in Canada for two years. We recorded this at the tail-end of his "stay". You may know him from playing in Raining (whom the project I'm in Apostles Of Eris, did a split with), Solopsis, Asleep (aka Solopsisasleep), and SaltMarsh. We talk about lots of stuff but play more bands than usual. Topics include (but are not limited to): getting stranded in Canada during Covid, Raining updates, Best of 2021...in October!?!?!, Tom's top 3 albums, using vocals to their full potential, Raining's doomed recording day, how do you make ambient/drone music?, Inception meets Nine Inch Nails, geographical rivalries, etc. Bands played in this podcast: Basement, Celer, Campbell Trio, Duster, Formants (exclusive premiere!!!), Grouper, Qatsi, and Superstitions Of The Sky. Listen to podcast #75 which is available to stream and/or download for free via this link. 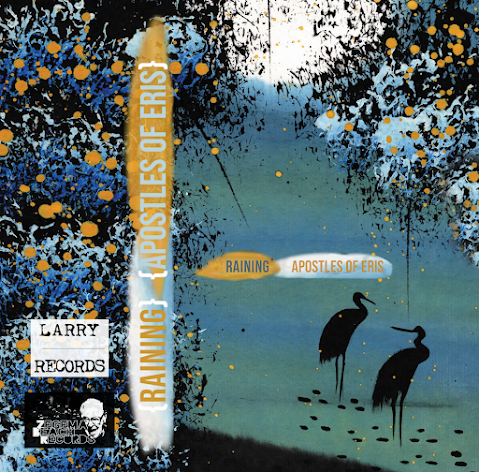 This Russian band released their debut, four-song EP earlier this year and it kicks so much fucking ass. Combining the raw fury of Minaret with the technical prowess of Cassus, these four individuals quietly dropped one of the best EPs of 2021. 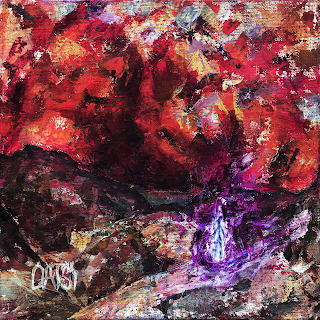 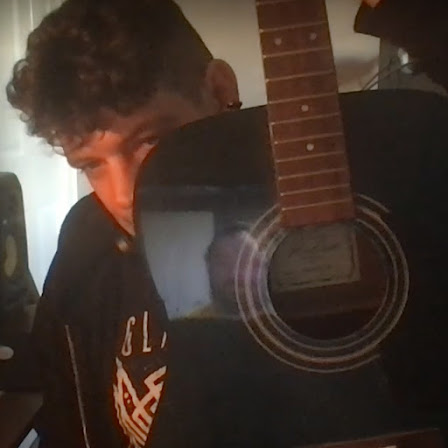 I was shown GLASSING back in like...2016 when they first got together. I was interested but didn't know what to expect. After they releasing 'Spotted Horse' a few years back I became obsessed with the band. The mixture of atmospheric, screamy, post-hardcore/metal not too far removed from These Arms Are Snakes with heavier vocals, and their newest endeavor 'Twin Dream' is beyond spectacular. We spoke at length about many-a-thing, including: Brutal Panda Records and their introduction, his musical awakening, parental cover bands, Limp Bizkit, finding The Mars Volta, shotgunning beers with Portugal The Man, human extinction, Dunning Kruger effect, 'Twin Dream' writing process, self-checks, Kidcrash and amps, the origin of "Godless Night", etc. Bands played in this podcast: Armywives (exclusive premiere!!!), Nicole Dollenganger, Laura Stevenson and the Cans, Mates Of State, Softcult and Speak Memory. Listen to podcast #74 which is available to stream and/or download for free via this link. 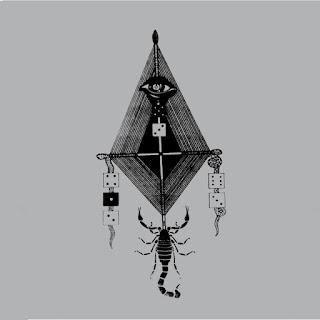 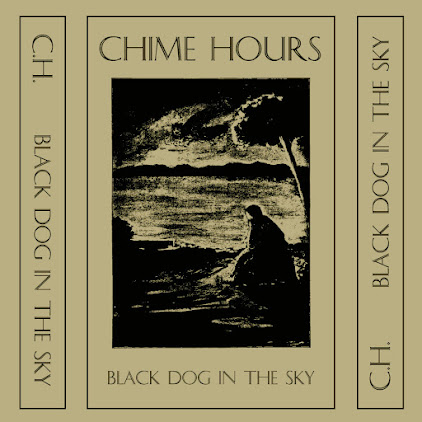 For fans of: Dim, Massa Nera and La Quiete
Facebook
My friend Elliot who plays in Komarov is involved in a new band named CHIME HOURS. He reached out to me a few months ago in hoping of releasing their debut EP and after a few jams I was hella down. He described it as Italian-inspired screamo (Raein, La Quiete) so my ear immediately piqued, as should yours! The four-track cassette 'Black Dog In The Sky' will be released on Tomb Tree Tapes in North American and Witch Elm Records in Europe this Wednesday November 10th.
(2021) CHIME HOURS "Clarity" (from 'Black Dog In The Sky')
https://youtu.be/lNh29FCrsyY
I love when I song starts and I immediately have a hard time relating it to other bands. That's CHIME HORUS. It's an awesome mixture of melodic cleans/chunky heavies on the guitars, yelled/screamed vocals, tempo changes, rolling drums, and just a general sense of well-done screamo. I think the closest band comparisons I get are Shizune meets Massa Nera aka killer combo.

ADDITIONAL LINKS & WHATNOT
Live Music Video for "Lemniscate"
https://www.youtube.com/watch?v=HmPUQSCk_Bo
Posted by Dave Norman at 08:51 No comments: 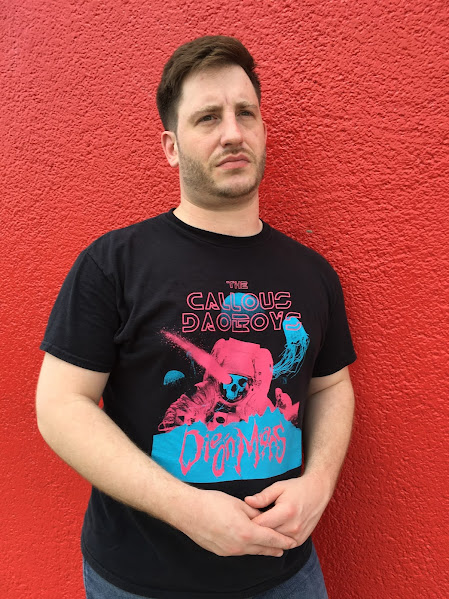 Who is the new face covering and promoting mathcore/intense-ass music? Why, it's Chris Dearing, of course. After a few solo projects and a band, Chris started The Sound That Ends Creation in 2016 and hasn't looked back. In fact, said band has their new record releasing tomorrow and I've got an exclusive premiere for you at the beginning of this podcast! With all of this stuff going on, he somehow found time to start a podcast titled The Cast That Ends Creation in 2020 and has already completed over 100 episodes that have included guests like Cara Neir, Frontierer, Youth Novel, Pupil Slicer, Lower Automation, Past Forms, etc. So I spoke at length to Chris about how all of his endeavors came about, including: The Sound That Ends Creation song premiere/history/progression/new album/tour, Chris and hot dogs, from Elvis to hardcore, why solo?, being a preacher, writing a song as a solo project, organic programming, guest appearances, screamo noodles vs. twinkle, how to play a show by yourself, first show reception, song title origins, The Cast That Ends Creation podcast inspiration/favourite guests/bands he'd love to interview, favourite releases of 2021, etc. Bands played in this podcast: As The Sun Sets, Circle Of Dead Children, Enkephalin, LeftyFish, Loftus and Off Minor. Listen to podcast #73 which is available to stream and/or download for free via this link. 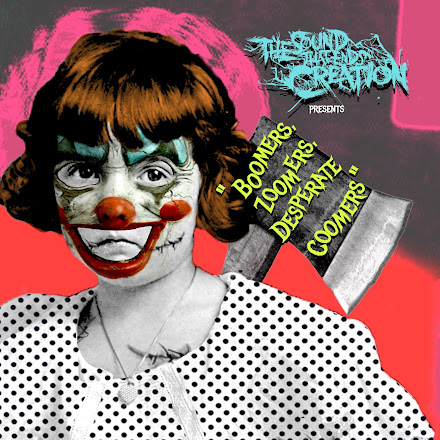