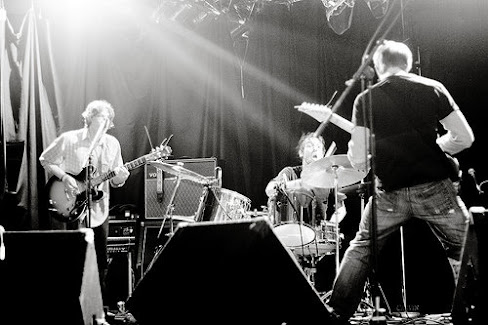 In early 2020 I finally heeded the advice of a friend and checked out St. Louis' SINE NOMINE (pronounced 'SEE-nay NOE-mih-nay"). After a couple of half-listened to songs, "Everyone's Classroom" came on at 2am while I was making nachos and I headbanged my way into the next dimension. Seriously, 2020 was the year of SINE NOMINE for David Norman. No band was listened to as much as this band. Nor has any band ever brought me to so many air guitar moments and neck-flailings. 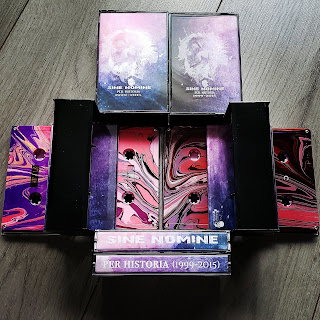 After convincing the band to let me release a double-discography tape, I followed up with drummer Mike Frisella and chatted about lots of stuff, including: GI Joe references, mp3.com, Joshua Fit For Battle, owning laundromats, everyone likes the Deftones, the band's demise, Guns' N Roses, the curfuffling of screamo and the secret of dipping tapes, among other things, of course. We also included Mike's objective reviews of both SINE NOMINE full lengths, check it out below! Bands played in this podcast: Birds In Row, La Mantra De Fhiqria, Love Lost But Not Forgotten, and Snag. Listen to podcast #61 which is available to stream and/or download for free via this link.
SINE NOMINE
Bandcamp
Facebook
'Per Historia' full stream/download via Zegema Beach Records
Live video from 2006 show:
https://www.youtube.com/watch?v=crgdF_LkCzg
1
LOVE LOST BUT NOT FORGOTTEN "Calm and Secure" (Mike)
2
LA MANTRA DE FHIQRIA "Lackluster" (Dave)
3
SNAG "Jar Spell" (Dave)
BIRDS IN ROW "We vs. Us" (Mike)
~Dave
An objective review: by Michael Frisella
"this machine is malfunctioning"
Overall problems: sound quality...song structure on some songs is a little weak and Mikey should just be eliminated
Today: good song as far as writing goes.. recording quality makes it sound like chaos.. which gives it some character... we should've re recorded this song at some point.
Bandi: possibly the best sounding song on the album as far as sound quality goes... solid writing also, although we should've cut out the weird drum circle weirdness towards the end..
Farewell: solid song, quality not so great.. should've re recorded this as well
Sad: I always liked this song, now it sounds a little juvenile in the writing category.. just a little bit though.. still decent I guess
Accidental: solid song and decent sound quality.. definitely the albums radio single
Cookie: song should be cut from the album.. has one or two cool parts but overall lacks in structure
Sept: This song also feels a little juvenile to me... I'm not sure exactly what that even means... just doesn't seem structurally sound
Jesus: cool song.. kinda weird but in a good way.. maybe just shorten it a bit
Everyone's: good sound quality on this.. maybe better than bandi.. and pretty sweet song also.. EXCEPT for the almost nu metalish bouncy part... that could just be a result of the drums, but take that part out and this is the best crafted song on the album
"Super Molecular Dust Separator"
Heavy: great song... sound quality is excellent.... throughout the whole album really
Yellow: eliminate the intro thing and this is good
Brown: the intro to this song should be its own song.. a nice melodic instrumental jam.. I actually want to make it a song like right now... the rest of this song is meh.. the vocals are too repetitive.. it's gets annoying
Jeffrey: this was always my favorite song on the album... wouldn't change anything except maybe add some screamy vocals in the background towards the end behind the melodic part
Filled: pretty cool.. kinda long, but it doesn't feel dragged out...
White: I go back and forth... the vocals/lyrics kinda ruin the song in the beginning few parts... if you take them out I still go back and forth on if I like it... it's a weird song
Chester: I really like this song and think the lyrics are fun and actually meaningful as a metaphor for a lot of things.... BUT it's a bit drawn out.. take out a few of the repeating parts and it's pretty cool
Kill: tied for my fav song on the album... the recording sounds extra crisp/clean... and there's nothing I would change about it...I still like the young guns clips!
"Smack"
Yeah smack ep the songs are flawless as far as writing goes, I wouldn't change a thing ... we really matured on that album 😆
youth sound wise is way better sounding than the other two for some reason.. sound overall is way better than first album but we should've re recorded the whole thing
____________________________________________________________________
PODCAST #61 linked here
____________________________________________________________________
Posted by Dave Norman at 22:13 No comments: 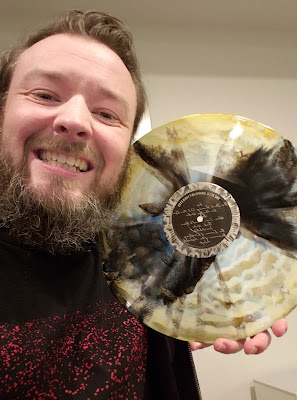 A follow-up to the Robert Hansen (drums/Eyelet), I spoke with guitarists/vocalists Matt Redenbo and Craig Smith. EYELET released 'The Devil Shining Out Your Eyes' on 12"LP on December 31st, 2020, concluding a shit year in the best possible way. In this episode we discuss the Gillian Carter/Eyelet 7" split onward and touch upon tattooing, recording bands, 'Howling In The Hall', why Crowning rules, how tunings influenced the new album, living in Hagerstown, tripping on cookies, and the status of the next Eyelet record. Bands played in this podcast: Crowning, Daitro, and Rainmaking. Listen to podcast #60 which is available to stream and/or download for free via this link.
EYELET
Bandcamp
Facebook
EYELET video interview/live videos
OMSB Review