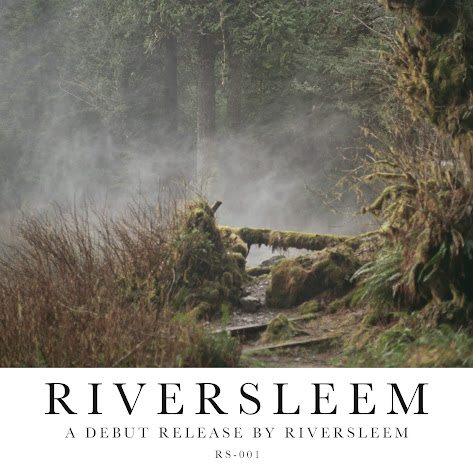 2021 is the year of The Sleem for me. Ever had a shower band? No? Y'know, a release that you rock out in the shower to, blasting from your phone to be heard over the water? Last year it was Brahm's first outing and this year it's RIVERSLEEM's 'A Debut Release' cassette EP. Mixing shrieky vocals with pulverizing, metallic hardcore, it's not overly original but something about it makes it highly likely to be my favourite EP of 2021. I should also mention that the reason Tomb Tree Tapes picked up the EP was because the band submitted to this very blog, and I was like...yo...this fucking rules. I need to make you tapes, please. And now we're here.
The EP kicks off with "Cavalier", and there's no doubt about what you're gonna get from these four songs by the 30-second mark. Punishing, unrelenting, metallic hardcore. Those guitar squeals amidst the breakdown a minute in is fucking awesome, as are the peculiarly but confidently delivered ramblings of vocalist Kyle to close out the track. The vocals really shine on each song, but honestly everything does as the instrumentals are tight, punchy, chuggy and all-around very interesting to listen to, and a top-notch recording job doesn't hurt either.
Second up is "Observatory", a winding, chaotic, maze of a song that makes me think I'm being punched in succession. It's written in a way that the listener in funneled down a predetermined, shifting corridor that bounces you back and forth like a pinball. "Eyebrow" follows, and don't be fooled by the playful palm-muting, as the shortest track on the EP (about 1:30) is also one of the most vicious...ooof that ending.
Closer "Richard" is a helluva good time, opening with those sick, thick, RIVERSLEEM chugs. As it screeches around the half-minute mark it makes a plummeting dive for a slow-motion breakdown and the subsequent, danceable section features some very memorable repetition with the vocals, screaming...I think, "I am a chemical!". The tail-end of the song can be spotted by those ridiculously prolonged and sinister shrieks amidst evil, subterranean breakdowns.
Straight up, this debut EP is fucking incredible. There's absolutely no filler. The songs are mad intense. The running time is perfection, just shy of 9 minutes. The band is also community driven as they donated all digital proceeds to Prairie Harm Reduction. And to top it all off they're hilarious, just watch this video they released yesterday titled "Behind the Sleems".
A final note (besides how well those fucking tapes turned out) is the band's first show/release party tonight in Sasketchewan. If you're in/around Saskatoon and are double vaxed please go so I can live vicariously through you. All details in this facebook event page. 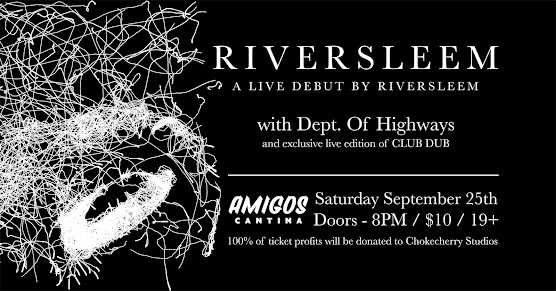 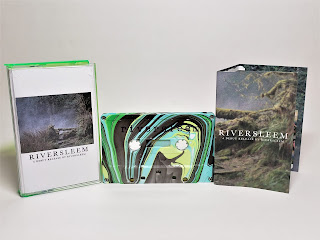 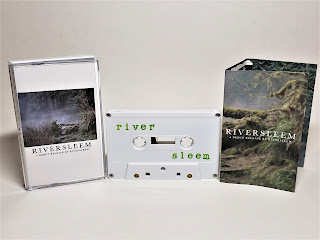 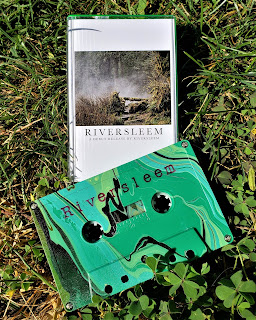 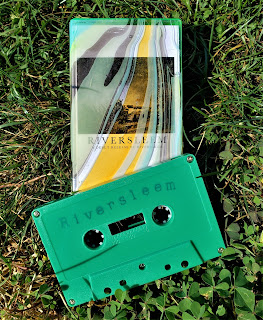 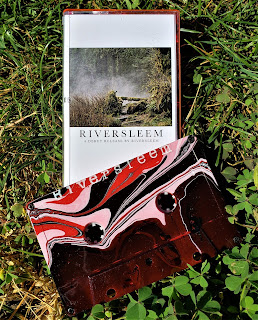 Band: ALTAIR
Genres: Punk / Post-Rock / Post-Hardcore / Emo / Screamo / Skramz
Related artists: ?.
Country: Madrid SPAIN
Years Active: 2016-present
For fans of: Viva Belgrado, Standstill, La Parade, Chavire, Yarostan, Aleska, Vi Som Alskade Varandra Sa Mycket, Moving Mountains, Daitro, Envy, Sed Non Satiata, and Descubriendo A Mr. Mime.
Label(s): Self Released / Zilpzalp Records / Dingleberry Records / Pundonor Records / Tirano Intergaltico / Inhumano
Not that much need be said about this band, as it's pretty straight-forward.
1) If you like Spanish/European post-hardcore/screamo like Descubriendo A Mr. Mime, Viva Belgrado, La Parade and Standstill then methinks you'll fuckin' love this.
2) First album 'I' was released in 2017, it's kinda meh. Not my thing. Both the instrumentals and vocals have no real bite. They're decent, and a very good first go, but I never revisit these 7 tracks. Moving Mountains lite.
3) EP 'La herida renace en tus manos' came out the following year and is noticeably better than its predecessor. Very much in line with their subsequent output, heavier vocals, thicker instrumentals, less singing/more spoken word, all of which is encapsulated in closer "Águila". 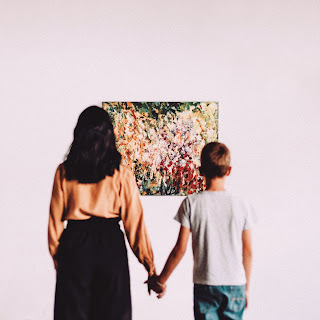 4) It was 2019's 'Nuestro enemigo' 12"LP that initially caught my attention (due to a free tape) and had me picking up the vinyl immediately. The swirling, atmospheric tones mix beautifully with the post-hardcore twinkles and chugs, bringing to mind bands such as Vi Som Alskade Varandra Sa Myket, Descubriendo A Mr. Mime and Daitro. After a short, initial opener the album gets kick-started with the fantastic "Calma y olvido", anchored by a wailing guitar and excellent progressions, with the two-minute mark swing being my fave. "Penitencia" continues the beautiful balancing act but goes of at 2:10, "Cólera" is a beautiful acoustic/sung track that is worth a mention (kinda Standstill/Viva Belgrado), title track "Nuestro enemigo" has a music video (linked below) and is a banger that hits its stride at 1:50, and closer "Afasia" is damn-hell-ass epic.
5) Now I await the next material, as that last LP was fuckin' great.
________________________________________

'A Briefing on the Human Condition'
exclusive album premiere 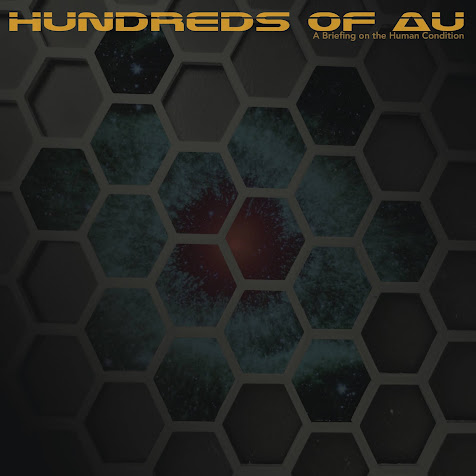 For fans of: Demersal, Capacities and Crowning
Bandcamp
Facebook

What's this? An nice little premiere right before the new HUNDREDS OF AU drops. Digitals release at 9am EST on September 17th, with physicals following in mid-late 2022 as a split 12". What's that? No, I can't. It's a secret.
Below you can find a review of the album as well as an exclusive premiere stream that goes live at 8:30am EST (that's 30 minutes before the official release!). It was recorded by Sean Glonek at SRG Studios and mixed/mastered by Kevin Carafa at Carafa Audio. Be sure to check back...I gotta go to bed.
(2021) HUNDREDS OF AU 'A Briefing on the Human Condition' full stream
https://youtu.be/XuXJp7jb8Ew

Following a soothing but eerie introduction, HUNDREDS OF AU take off like a rocket on opener "100 Year Test", mixing the heavy/destructive side of the band with melody and periods of instrumental reflection. Next is up is "Objective Party", one of the bands' slowest and methodically paced songs released...and it might just be my favourite. The transitions ebb and flow wonderfully, creating an epic, post-hardcore, screamy that really pops at the 8-minute mark of the EP. "Afloat" features more mesmerizing guitar work, not in that it's ridiculously mathematical...it's more commanding than anything else. That's certainly not diminish what anyone else is doing, as each musician shines constantly - it just depends on what you happen to be focusing on. "Ancestor Reality" is a thick shot to the head with an extra one to the heart (for me), with lyrics about colonization and the guilt in our blood. Finale and slow burn "Return" is led with a driving, chorded, bass intro that eventually pulls the rest of the band in. It's pretty short in length but the closer is another example of the band utilizing everyone to their fullest, creating space where it's needed, and fucking crushing it when the time comes.
Posted by Dave Norman at 02:22 No comments: 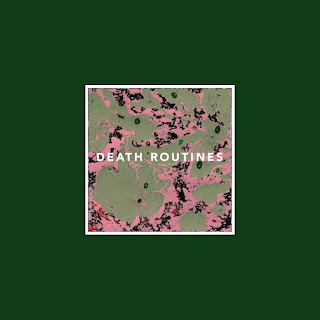 order 7" from Zegema Beach (U.S.A. store)
order 7" from Zegema Beach (Canada/Int'l store)
the below video should become available at 11:45am CET (2 hours from the time this was posted)
(2021) DEMERSAL 'Death Routines' EP
https://youtu.be/vxbOSGX7RwM
I fell in love with the Denmark band DEMERSAL when I first heard their 'Less' LP. Kinda Converge, kinda Hexis, kinda We Are Among Clouds and hell, kinda Lentic Waters and Trainwreck, too. The band recorded 7 songs in one session, the first two seeing the late of day via the Regarding Ambiguity split cassette/7", and the final five showing up on this beautiful 7" 'Death Routines'. Whether it's the towering collapse 30 seconds into the opener, the sick time changes on "Suffer for each other", or the massive gravitational pull of closer "Worry", there's something here for any hardcore/metal/screamo listener. 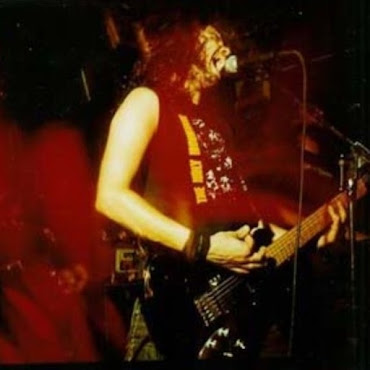 One of the most influential bands for me is TRANSISTOR TRANSISTOR, who existed for most of 2000-2010, releasing a myriad of splits and two phenomenal 12"LPs on Level Plane Records. Zegema Beach released 'Erase All Name and Likeness' on cassette at the end of July 2021 with 'Ruined Lives + 7"' following tomorrow morning, September 7th! So, when I got the okay to make the band's tapes posthumously I asked Brad Wallace for Nat's email because I really wanted to chat with him about TT, and titled the email, "You have the best scream I have ever heard". Luckily he responded shortly thereafter and we did this little ole podcast. It's fucking hilarious and very informative, including side splitters about: his new band Strangelight, the hiatus from music after Transistor Transistor, going back to school at 25 and his subsequent career path, gettin' bummed out by Bob Dylan, Hot Snakes love, what was the band's "aesthetic" and what does Transistor Transistor mean?, the best artist on Level Plane, wut this...two demos? aka band dysfunctionality, working with Level Plane, knowing too much about bands/labels, the first tour, having ducks, how James saved the band, dissecting the scream, ruining your voice, recording in the studio, the best Transistor Transistor memory, Jack Shirley love, and lots more. Bands played in this podcast: Hot Snakes, Orchid, Strange Light and Tricky Woo. Listen to podcast #71 which is available to stream and/or download for free via this link. 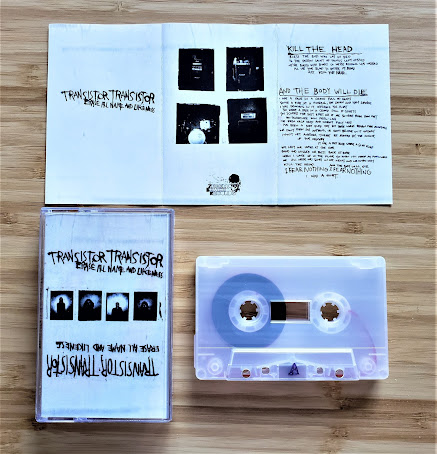 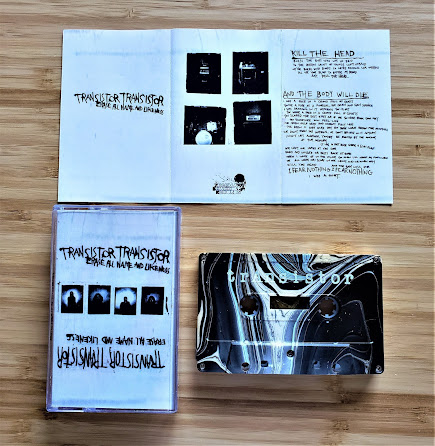 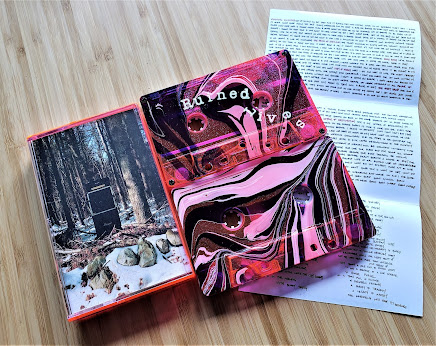 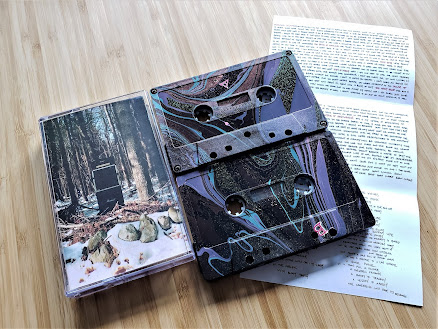