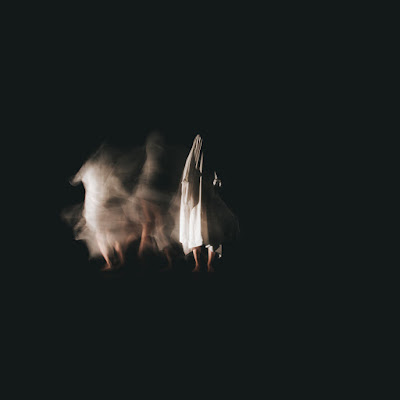 YOUNG MOUNTAIN are a Swedish hardcore and post-rock band that appear to have been active since at least 2013. In the releases leading up to their debut full-length, 'Lost Tree', we find traces of a band that’s relatively certain of how they want to sound. The perspective that frames their recorded work appears to fall squarely within the more melodic end of the European hardcore and screamo oeuvre, but with accents heavily gleaned from a more post-metal, post-rock, or post-black (arguably blackgaze) vocabulary. The band’s earlier work skews towards a slightly more metalcore direction, but only as far as bands like Eden Maine or Devil Sold His Soul tend to go. Their material on 2013’s 'För Alltid Var Bara Något Vi Sa', and 2014’s 'Fragile' bats particularly close to that style, maybe just a bit shy of something like Buried Inside’s 2001 record, 'Suspect Symmetry'. YOUNG MOUNTAIN’s subsequent records, 2014’s 'We’re Drowning in Slowmotion' and 2016’s 'The Garden of Biological Machines', seem to indicate a more internalized grasp of their sound. These records didn’t just sound better because of the change in production style—the elements they chose to incorporate into their songs at this point were considerably more concise, and dare I say, confident. The band appeared to shed their metalcore inclinations in favor of denser songwriting that occasionally mirrors Breach’s sense of gravity on 2001’s 'Kollapse', tempering that heaviness with the same melodicism they’ve always shown, with a bit of later Birds In Row thrown into the mix.


Anything but vacant: a track by track review.

Their debut full length, 2018’s 'Lost Tree' has proven to be a logical progression of the band’s stylistic vision—displaying focused songwriting, and a clearer sense of purpose. The record opens with "Asunder, To Eye Each Other", a massive introductory piece that begins with an ominous Breach- like quiet section. From there, the band kicks into a pummeling melodic breakdown from which the rest of the song ebbs and flows. The post-metal inclinations are made especially clear here, and the subtle dissonance is an especially nice touch. 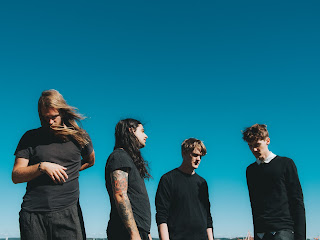 From the sheer weight of the opening track, the band decides to throw us a curve ball with "The Sun Is Away"—a surprisingly competent take on Run For Cover Records’ particular brand of indie rock, with just the right amount of Sore Eyelids to keep things grounded in YOUNG MOUNTAIN’s style.

If you were expecting the third track to turn things down a notch, "///////////////" begins and ends with midtempo hardcore sections not unlike Birds In Row’s later material—still on the melodic side, but with strong Euro-style rhythms pounding underneath.

By the time "Misery" slinks its way in, you may have established that a major sonic theme in this record is capture and release—at least between tracks. This particular song comes off like a Suis La Lune jam if the now-defunct emo veterans decided to play slowcore instead.

The record’s second half kicks in with "Juni", another slow burn which almost plays off like a companion piece to the track prior. Things are a bit more up front here, with a more engaging introduction that leads into a number of the band’s well-established peaks and valleys.

If I remember correctly, "Vacant Eyes" was the band’s first single off this record. It’s arguably one of the more unique tracks on here considering the sudden turn towards a blasting post-black assault that’s nailed down by Kami’s especially vicious vocal performance. In a way, this almost comes off like something Respire would’ve written for 'Dénouement', but remains faithful to the YOUNG MOUNTAIN aesthetic.

Things slow down again for the album’s title track, "Lost Tree". It’s another build-up piece like "Misery", but quite a bit moodier with the way it goes from sparkly, restrained post-rock to its swelling conclusion. As much as I’d like the title track to be an album’s figurative thesis statement, this comes off like a tasteful set-up for the final track.

The album closer, "I Flew Over Your House Last Night" picks up where "Lost Tree" left off, and bookends the record with a pad and string intro reminiscent of *Shels’ work on 'Plains of the Purple Buffalo'. The added instrumentation makes for a hauntingly apt conclusion to the release. It’s one of the more fulfilling spots on 'Lost Tree', an experience akin to watching every single song on the record get sucked into this one final piece—leaving only the listener and absolute quiet in the album’s wake.

Let’s not mince words here, YOUNG MOUNTAIN might not be the place to start if you’re looking for artists that constantly break new stylistic ground. I would however argue, that given the amount of focus and dedication they put into the style, that sonic exploration isn’t the band’s intent. You’d be missing the point if you expected otherwise. In light of their discography, one could make the case for YOUNG MOUNTAIN being people who live in the moment—driven by expression, and a desire to hone their craft. While I do honestly feel that the record has its own share of missed opportunities, it does hit more than it misses. And when it does hit, it hits especially hard. This is the kind of record (and by extension, band) you lose yourself in, and I could only imagine what a live set from a band this focused on mood and dynamics would be like. For a YOUNG MOUNTAIN, their debut full-length sounds satisfyingly mature. 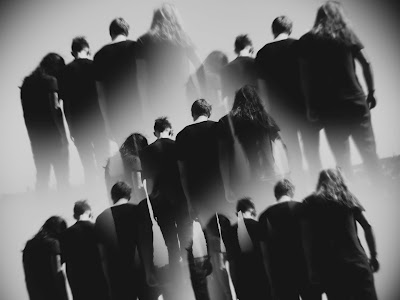