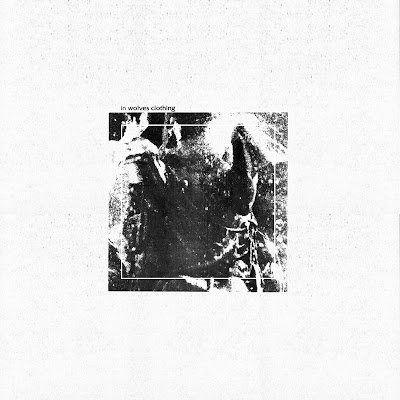 For fans of: Beau Navire, Cease Upon The Capitol, Guidelines, Mothlight, Ostraca, Us, Haunted Bodies, Perfect Blue, Kelut and Majorel

Coming on tape soon, limited to 75, from the band and Zegema Beach Records

Another album premiere, another Richmond, Virginia band fucking lighting it up. Today's stellar introduction is for IN WOLVES CLOTHING (formerly Pigeon Meeting, or as Chris once misheard, Pigeon Eating lol). They share members with some incredible past and present bands including, but not limited to, .gif from god, Mothlight, Yusuke, Gas Up Yr Hearse!, Majorel, Altar Of Complaints, мятеж, Van Hagär, Smoke Signals and Skull Kid. They have their own thing going on but to say the band is far removed from their other projects would be misleading. It's screamy hardcore. They utilize multiple vocalists. They go nuts. They take it easy. Some songs are a little over a minute. Some are five minutes plus. But enough generalizations, let's delve right into this, shall we?

The opening track is also the shortest but gives you a condensed peek at you can expect from the rest of the EP as it unfolds around this initial song. The driving drums, explosive bass, cathartic guitars and barrage of screams is, to put it lightly, fucking sick.

This second track is double the length and begins just as chaotic as the first...perhaps more so. There are definitely some riffs here that remind me of Beau Navire or even Yusuke where Thom spent some time on bass. The highlight here for me are those drums, good lord, they are unstoppable. Especially from 56 seconds to 1:22, the speed and flow make it a joy to listen to.

(2018) IN WOLVES CLOTHING - 3 - "Dark Blue/Light Blue" (from 'In Wolves Clothing')
This is the first slower, ominous tune that spends a bit of time ensuring it gets good footing before sliding into the songs framework groove just after the 1:20 mark, with vocals and speed meeting up with everything at 1:40. This leads to the midsection of the song, aka that heavy ass part where we visit a nightmare complete with monster growls that jars the listener awake, although IN WOLVES CLOTHING's subsequent chill section helps calm us all down after the scare.

(2018) IN WOLVES CLOTHING - 4 - "6 (six)" (from 'In Wolves Clothing')
This is another short track, as it doesn't surpass the two-minute mark but manages to build on an intro, slide into a vocal/drum heavy transition and then barrel down the remaining cliff-edge in kamikaze-style fashion.

The closer is over five minutes of everything the band has to offer, and it is fantastic. It weaves in and out of so many parts and includes a ton of aggressive nods that are all held in check through intricate melodies and extremely tight musicianship. This without a doubt the most progressive, fleshed out and epic of the band's debut recordings, as well as a fitting closer.