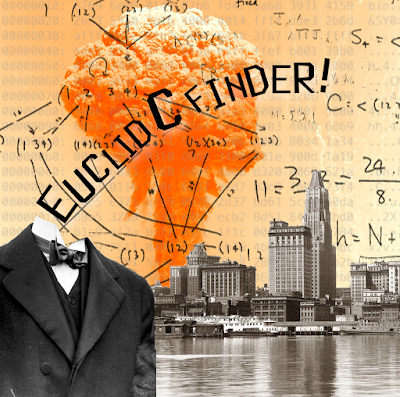 For fans of: Hayworth, Egarra, Me And Him Call It Us, Secondgradeknifefight, Owen Hart, .gif from god and Graf Orlock 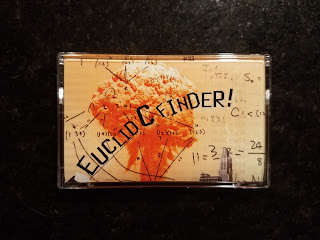 EUCLID C FINDER is the brainchild of Mike from Neck First, Kiss The Sky Goodbye and Egarra and follows a similar path of mathy, grindy and shrieky hardcore. I hear some possible nods to the stylings of Me And Him Call It Us and Hayworth, but there are definite Graf Orlock undertones, especially in the vocal department. This cassette not only houses the new, six-track self titled EP, but also the debut EP ‘A Standard Basis For The Set of All Discontent‘ on the b-side, making it a goddamned steal at $5US. 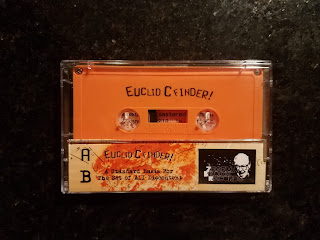 I was initially sent Mike's first EP for which I gave a glowing review (read here) and a few weeks back he sent the new, self-titled EP to me to premiere but I managed to convince him to let me climb aboard with Zegema Beach Records as well as premiere a song of my choice. I chose track three's "" because of that absolutely ridiculous second half. The tapes will be released by the band and Zegema Beach, are limited to 100 on ferric with an orange shell and are hand-numbered on a four-panel j-card. The entire six song EP with premiere on Sophie's Floorboard October 2nd, 2018. You can order them from EUCLID C FINDER here, Canada/International ZBR here or ZBR U.S. here.


Holy shit get the fuck ready because this songs begins in warp speed, obliterating the listener in the first ten seconds. The song then slides around in various forms, including a sarcastic jazzy section across the one-minute mark that definitely brings The Great Redneck Hope to mind. At 1:28 the song goes supernova with an insane breakdown that has an extra layer applied to it from 1:47-2:17 that gets very .gif from god and Hayworth-esque. So yeah, wowza. And there are five more bangers on here. Check Sophie's Floorboard on October 2nd for the full stream.

Order tape in Canada or internationally from:
ZEGEMA BEACH RECORDS

'A Standard Basis for the Set of All Discontent' review
Posted by Dave Norman at 07:13