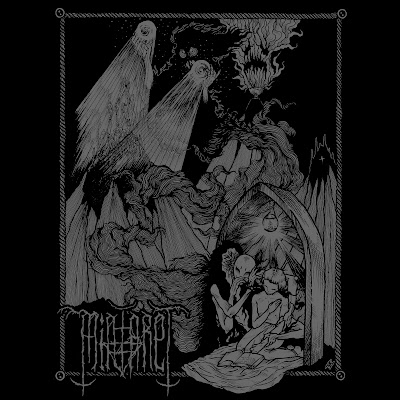 Song: "The Death of the Antiquated Tsarstvie"link it!!!!
Year: 2018
For fans of: Tentacles, Converge, Love Lost But Not Forgotten, Old Soul, Genghis Tron, Majority Rule, Portrayal Of Guilt, Ostraca and Euglena.
This post's artist is from the July 2018 Mix. This is track #6.
You can download: the July 2018 Mix#7 right here or get the new August 2018 Mix#8 here.

We've gone 3 years without any new material from MINARET. When I heard 'XX' was available I was very excited. They still retain their late 90's/early 00's style chaos, but on this record it's intermingled with tracks of ambient noise overlayed by samples and fuzz. It creates an ineresting juxtaposition to the bands all out heavy attack. You'll also notice some strategically placed fuzz and noises within specific parts of songs to make the chaos that much more over the top.

MINARET are from the corner of the screamo world that reminds me of bands like Rats Into Robots, Textbook Traitors, Ostraca and Majority Rule. It's heavy, it's frantic and it's melodic in a very dark way. To call this "metal influenced" doesn't quite fully describe the totality of what's happening but it gives a good idea.

"Death of the Antiquated Tsarstvie" gives us baby steps into what the band has planned. It's dazzling, dangling guitar gives a nice mid tempo lead up before breaking quickly and launching us into discordant chaos. It's technical and headspinning in a way that is also comprehensible. We get an audio exercise in the bands musicianship before calming down for a moment and setting up for a well crafted d-beat take off.

"Kronstadt" begins with a pretty even metal influenced intro before taking the drums into light speed. Dropping into a drum lead interlude, the atmospheric noise helps provide the transition some space. The band proceeds to tear things apart from this point forward, allowing sneak peaks of groove for just a moment before delivering some impressive chops.

I didn't realize how thick and metallic the guitar tone on this record was until the opening of "The Cold of January 24th". The over saturation is so present. I would usually not be a fan of such a tone, but MINARET is pulling this off perfectly. The song slows the band down for a spell. The dynamic nature of the riff sets the stage for a nice groove that the drums can really shine.  Unlike the other offerings on this record, this number has some repeating parts that almost qualify for a verse/chorus format.

"Judgement" puts us back in the saddle, showing us more of the fast, technical and relentless style the band is known for. I love the guitar melody that drives the song at the halfway point, giving it a foundation to finish up with.

They close up shop with "March the Left" which is a really great culmination of all the band's characteristics. The song is definitely the most meticulously planned of the record, combining what could probably be 2 or 3 songs into one complete package. You get roughly 3 and a half minutes of chaos, groove and dark melody that eventually fades out into a soothing ambience.