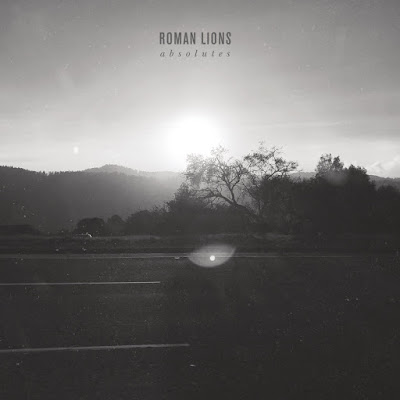 For fans of: Boneflower, Pianos Become The Teeth, We Never Learned To Live, Leveless, Envy, We Had A Deal, The Saddest Landscape and Young Mountain
Bandcamp
Facebook

Today we are excited to bring you the exclusive stream of the new LP by ROMAN LIONS. Hailing from San Jose the members have spent time in Lilu Dallas (mathy/ambient tech-grind), Octaves (post-hardcore), A Perfect Kiss (emo/rock) and West Memphis Three (rock/screamo). Their influences are vast but the ones I hear most are The Saddest Landscape, Rinoa, Moving Mountains and Pianos Become The Teeth. The vocals are reminiscent of the shredding screams of Boneflower, Leveless, Titan and perhaps even Ken Mode.

This is their self-released, debut full length 'Absolutes' was recorded by Jack Shirley and will be released physically (cd/12") on July 13th, 2018. It's an excellent post-hardcore/screamo album with huge, swelling songs. A few highlights to take note of include:

- ethereal opener "Things Were Once Much Worse".

- fantastically strained screams (and some low end vocals) on "Sunsufferer" with instrumentals not unlike Suffocate For Fuck Sake, Young Mountain and We Never Learned To Live (aka Sweden)

- "Alaska" is a beautifully slow acoustic song with singing that builds over four minutes and is surprisingly radio friendly (in an awesome kind of way, like later Moving Mountains).