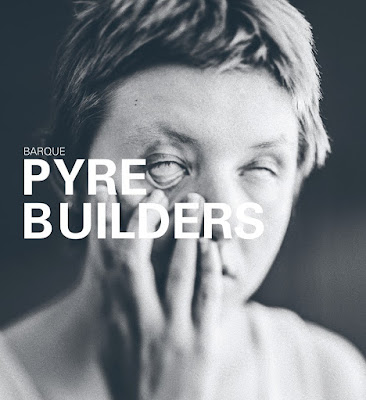 For fans of: Lavotchkin, Lamantide, Euglena, I Am A Curse, Swarm Of The Lotus, Jesuit and Hexis
Bandcamp
Facebook

A few years back BARQUE released 'Coffin Cutters', which I got hard into and even did a post about which you can check out here. So to say I've been waiting for this is a bit of an understatement. The French band's new five-track EP is titled 'Pyre Builders' and it's like getting clocked with an iron girder right in the head. It's a heavy, sludgy, dark and impatient romp through doomy, metallic hardcore. Imagine if Lightbearer wrote three minute songs and you're almost there. The EP will get the vinyl treatment on 500 colour 12"s in 2019 via Eastrainrec (FR), 5 Feet Under (DK), Smithfoodgroup (NL), Suspended Soul Tapes and Recs (US), Mosh Potatoes (BE), Rip Roaring Shitstorm (UK) and KLVR records (FR), among others.

The opener weighs in at just under three minutes and spends the first 30 seconds creating atmosphere before outright pummeling the listener with raging drums, bellowing screams and murderous riffage. Things slow down halfway through and sound as dark as bands like Hexis and Euglena.

Track two is fucking awesome and much more playful than the opener, as it includes a tightly connected set of individual parts that really build off of each other and accentuate the song as whole, as opposed to the opener which built an eerie, depressing mood and rode it right through the gates of hell. The guitar-work in this song is great, as is the inclusion of dual, back-and-forth screaming, bringing British heavyweights Lavotchkin to mind.

The midsection of the EP is also the lengthiest, as track three is nearly five minutes in length. Don't let that mislead you though, as the song is fast-paced, brutal and epic. There's a beautiful balance between the gritty, acidic, metallic hardcore of Perth Express and the dark, experimental post-hardcore of I Am A Curse. This track definitely shows the most growth and is likely the most accessible of all of the songs, as it crosses a few genre barriers during its tenure.

The second-last track is hella punishing and perhaps the most reminiscent of the band's earlier material, although all tracks do maintain the signature BARQUE sound. This is the angriest of the bunch, boasting some seriously deranged vocals and a non-stop onslaught of heaving, crushing hardcore. And that last 20 seconds...holy shit.

(2018) BARQUE - 5 - "Hanged, Drawn and Quartered" (from 'Pyre Builders')
The closer is, surprisingly enough, the shortest song at 1:41. You can't get much more Swarm Of The Lotus than this, holy hell, and it's awesome. Not only do the vocals dip themselves in the overextended extreme of the aforementioned band, but the instrumentals, drive and overall feel of the song are soaked in the hellish, striking and sludgy metallic hardcore...or is called metalcore now? Fuck me I don't know. 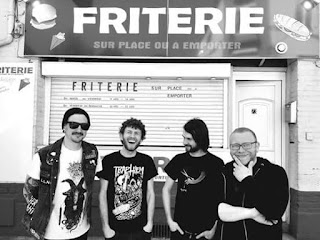 I do know that this EP rules. Keep it up BARQUE, y'all are sick.