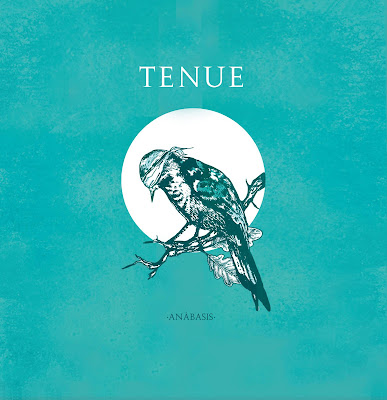 From Galicia in Spain, TENUE is a three-piece post-hardcore/screamo band that has been gracious enough to offer OMSB an exclusive premiere for their new LP - and it's a goddamned banger. There are 7 tracks of driving, swelling and epic screamo with an excellent chill/soft and chaotic/screamy juxtaposition within each song, most of which hover around the five-minute mark. I think decent comparisons in sound would be Ostraca, Perfect Blue and We Watch Clouds. Here is the full album stream along with TENUE's little piece that they were kind enough to write for this premiere, so read it whilst jamming 'Anábasis' is all its glory! Further down is a track by track stream and description.


Tenue is a band formed by 3 rural punx. We are from a small town in the Galician countryside (it's not in Spain). We play fast and violent sometimes. And sometimes slowly and melodically. We are a political band. Emotions are politics.

The word «Tenue» means weak, fragile, delicate, subtle, something that almost does not hold, that lacks intensity or strength. In the world in which we live it is difficult to keep emotionally stable and the flame that we have inside sometimes falters. This is one of our tools to keep going and keep it burning.

Our lyrics talk about how Domination crosses us emotionally. We cover all the aspects that come to mind, many that touch us closely. We talk about power relations and what they generate around us. Normality, madness and stigma; the state and how it has colonized our interior; the language, the territory...

We sing in Galician, not in Spanish. In Galiza there is a great problem of colonialism on the part of the Spanish centralist State that has been repressing our culture for centuries. We are not nationalists or leftists. We want to smash the state.

Our influence comes from our friends' bands. We love bands like Drei Affen, Marmol or Fuerzas Libres del Interior. 💓

Anábasis is a travel to our interior, our demons.
And we hope you want to travel with us.

"Narrenturm" is a heaving opener, as it swells in dreamy, post-hardcore goodness for the first minute on the back of a deep and cavernous bass riff. This is met with twinkly guitars and syncopated drums that coincide with the vocals and lead to impending destruction by 2:25. By 3:30 shit gets extremely aggressive and the band has two members screaming back and forth, what an excellent start the LP!

"Mythos" is quite a bit shorter by standard TENUE length, and therefore it packs a wallop in just 3:15. Don't expect many slowdowns here, as this has a bit of a Danse Macabre kinda feel to it, just a lot bigger. That part from two minutes onward is fucking unreal.

The longest track on the album is "Cisma", clocking in at 6:31, and again, it's kind of what you'd expect structure-wise. It's big, epic and commanding. Fans of Vi Som Älskade Varandra Så Mycket, Respire and Infant Island will likely get a hella kick out of this tune, and the album in general, actually.

"Vertixe" is the shortest on the album at almost three minutes in duration. It's a harrowing good time of thick, metallic hardcore riffs and breakneck drums. Not my favourite on the LP but it's a blazin' good time with an excellent second half.

"Carne" opens with a riff that keeps crashing back onto itself, but eventually overcomes its own weight and spills out around 45 seconds in. By 1:35 the guitar will have a stranglehold on you and the vicious screaming takes it to the next level. The midsection takes a slight breather before the instrumentals come in like a juggernaut, complete with anguished screams and fantastic drum work. At 3:21 the song reaches its pinnacle and disperses itself like a universe exploding into existence.

"Silencio" might be my pick as best on the record, and that's sayin' something because this is truly a complete and consistent album. Balancing that perfect line between melody and violence, with the first two minutes definitely landing on the latter side. From two to three minutes there's a sweet soft/hard and call/response dynamic going on that gets itself built up into a frenzy. At post-three minutes it keeps hinting at shifting into relaxed, head-bobbin' mode but the song never eases up enough for it to stick around.

A fitting closer and another ace track, "Am-Ar" descends upon the listener like tornado in the night, striking after lulling you into a false sense of security. The song encapsulates everything that makes this release so interesting, intense and engrossing. By the time the fourth minute hits my jaw is generally in my lap and reminds me of We Watch Clouds and Folgore. Hot damn, what a ride.
Posted by Dave Norman at 07:10