METH. is the brainchild of Seb Alvarez, a ridiculously talented individual that I started to get to know more when I reviewed their other mathy, screamy hardcore band Cadence Fox. It was around that time that I was starting to listen to METH., which is kind of similar but also very different. METH. recorded a few demos in 2016 ("I Am Numb" and "Buried in the Woods (demo)"), and EP in 2017 and then another EP in 2018. All of them are amazing and accumulate to only 13 tracks, most of which are short, so I highly recommend checking them out. 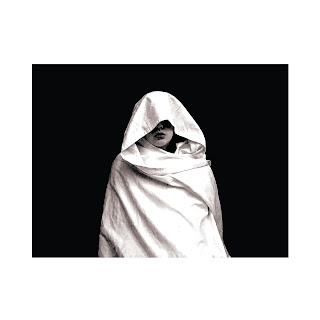 METH.'s debut EP is titled 'The Children are Watching' and begins with the absolute mindfuck that is "The Bed in the Forest" that has mad Me And Him Call It Us vibes around 25 seconds in with brain shattering noise which also bears resemblance to Destroyer Destroyer, especially in the vocal department. "Hazelona" is next and is a mere 23 seconds but there's so much in there that it'll take you a week to unpack...also, it's fucking wild. "The Mother's Garden" follows and is 20 seconds of screaming before a behemoth of a breakdown is dropped on you, and I'd expect fans of SeeYouSpaceCowboy, Black Nail and Letters To Catalonia to be all over this. Fourth is "It Wasn't an Accident" which is also 23 seconds of carnage, followed by the phenomenal "Elder Body" (yes, it truly is the sound of the world dying) to close out this initial EP. Briefly after its release, the song "Buried in the Woods" was added which includes additional help from Jordan (R.I.P. In Peace Records) and it's a freaky, uncomfortable trek through the dark subconscious mind of experimental hardcore and heavy music.

It wasn't until early 2018 that I actually delved into METH.'s material, as that is when their newest EP 'I Love You' was released. And guess what? It's fucking amazing. At this point METH. is a six-piece band so this release has a lot more depth and things to look out for and is in no way a straight-ahead record in any sense. It opens with "Opaque Release"...and holy shit. The first quarter is committed to a noise intro that pops at 45 with a silly array of noisy, extreme metalcore with emo-violence tendencies. Who cares what genre it is, it's fucking amazing. The work from 59 seconds to 1:18 is spectacular and leads to the climax at 1:36, bearing resemblance to the other members' Black Nail and their ability to rip a hole in the space-time continuum using prodigious panic riffs. "Shuttering Impulse" opens going full speed and doesn't let up. The song is crushing, driving and submerged in feedback with an ending post 1:30 that will drill a hole in your skull, The Following style. "Prayer in Shallow Water" sounds like a nightmare about drowning and is an instrumental interlude, albeit a pretty long one considering the average length of a METH. song. "Ascend and Dispose" brings things back to the hardcore with 2:34 of the band's eerie, extreme hardcore, which I might as well dub nightmarecore cuz this shit is downright freaky. "You are Home" finishes off the EP and even has a music video, with the song sounding like a lighter version of METH.'s chaotic hardcore, with more focus on crooned vocals and slower, sludgier instrumentals. If the band is going off on a tangent with future recordings my guess is that this track is the bridge that will gap this release and the next.

Is it meth or meth.? It started as your solo project, if I'm not mistaken?
Its "meth." Yeah it started as my solo project in 2016 and then I added Black Nail as my backing band.

Why did you start meth. and why the name?
METH. started a few years ago when I was recording with my friend Zack (also our current guitarist). I wrote a song at his studio over the span of a few hours and decided to just release it as a spurt of the moment demo. I've always wanted to name a project meth., as the name has always had an element of darkness to it that I felt captures the vibe of what I've always wanted to do in a band. There's more to it than just the dark vibe but I would rather not really dip into that aspect of it.

How would you describe meth. to someone who doesn't listen to aggressive music? And what about to someone who does?
I've never been good at describing my own music, especially to people who aren't familiar with the style all that much haha. When coworkers ask what type of music I play I usually just say "loud and noisy" and then say "yes" to whatever band they think we sound like cause it's just a lot easier to deal with people that way. I would honestly probably say the same thing to someone who listens to the style as well but maybe throw a band in for reference even though I'm never 100% on who people think we sound like haha.

And what other bands have y'all been in?
Our other bands are Tweak, Black Nail, Cadence Fox, Dead Hummingbird and Bird Law.

Plus the others in your demos comp, right? Like Women Drivers etc.?
Oh yeah, if you wanna involve all those you can but those were more or less just one off projects I was in.

What bands have most influenced meth.? Besides Me And Him Call It Us 😉
It's weird cause we hear the MAHCIU comparison all the time and I don't think I ever really thought to go intentionally in that direction haha but I suppose it lingers there. Honestly it's easy to say but Daughters and Hayworth are an obvious one but a lot of the weird noisy stuff comes from bands like Wreck And Reference, Swans and just my natural love for obnoxious noise. Our newer material definitely strays more away from the metalcore nature of 'I Love You' but we definitely are not abandoning it. I'm very anxious to see how people receive that all.

Word! Was the first EP released on anything?
Yup! Both were released on cassette, 'The Children are Watching' was released by RIP in Peace Records in the US and Mimizu Izuru in Europe. 'I Love You' is self released. And I believe the "Buried in the Woods" demo and "I Am Numb" demo were released in 2016. They were home demos I did before the first EP as METH.

What made you want to make METH. a full band?
We decided to expand into a full band back in November. I was playing in Tweak at the time and we were recording what would be my last album with them as they moved across the country to Rhode Island. Connor from Black Nail was moving with them as well and we talked about just trading members with me taking Connors spot in Black Nail and him taking my place in Tweak. The Black Nail thing didn't really pan out as those songs are very much Connor and the feeling of doing those songs without him just wouldn't be right. I released 'The Children are Watching' a few months earlier and had contemplated running that as a full band anyways and it all kind of just fell into place. We added Zack and Matt shortly after and have been adamantly writing ever since.

How have the live shows been?
The live shows have been really great. The reception has been very positive and we've been having a lot of fun with it all. We're only two shows in so far but have a lot going on the rest of this summer that I'm looking forward to.

What is next for METH.?
Right now we've been working on our LP. That's the primary focus for us at the moment. We have a few short tours coming up through the rest of the year and plans to do a lot more in 2019 once the record is closer to being completed. We have some other stuff that we can't announce yet as well that I think people will be stoked about once that comes out.

What you jammin' nowadays?
I've been in a constant cycle of listening to Have a Nice Life, Girl Band and Wreck And Reference recently. Those bands are constant go to's for me. As far as recent stuff, I have really been digging the new Life in Vacuum record a lot.

Thank you, Seb!!!
I really appreciate the interview! I have so much respect for all the work you do and the genuine love you emanate while doing so.