Well shit, if this is up I guess I've already got new internet in our family's new home here in Nanaimo. I'm actually writing this on Tuesday May 29th, 2018 as I prepare to move so I can get ahead of the game. As of July 1st we will have all of our Zegema Beach stock with us in Nanaimo instead of spread out across BC and Ontario. Nate (our Ontario head) is relinquishing control but is also starting his own killer noise/hardcore/screamo/whatever label called No Funeral Records and will be carrying every ZBR release through there, and I will carry be carrying his stock in return. Visit his new label right here, as I know they're releasing their demo EP as well as the new Young Mountain LP on tape.

As of Monday May 28th a killer metal blog called Invisible Oranges posted a relatively exhausting screamo article I wrote for them. It's called Screamo: A Dissection and is an attempt to push the term and music in general, with some questionable descriptions of 10 different sub-genres of screamo. Please read the article as if looking through a screamo reverse peephole and not as a concretely solidified history and definition set for screamo. Check it out in full right heeya.

July 1st means a new Zampler, so #11 in the series will be released and include some extra goodies, primarily unreleased tracks and their implications. Mysterious? Yep. Expect a full post about it here, and probably at least one other place.

In early May Zegema Beach posted a bunch of Middle Man Records trades, including Frail Hands, Ghost Spirit, Terry Green, Soul Glo and more tapes, as well as 7"s, 8"s, 9"s, 10"s (Plague Walker, etc.) and 12"s (La Luna, What Of Us, etc.)! We also nabbed two copies of the rare Italian demo cd by One Dying Wish. They're all up in the ZBR storenvy shop linked here.

In terms of ZBR releases, we just posted pre-orders for a few releases, including: Respire, Euth and Rutka Laskier. We should have our copies of the Crowning/Swallows Nest split 7", Coma Regalia and Desolate Hands Move The Hour 4-way in the next week and last week we received our Drei Affen/Coma Regalia split 7" as well as the new The Ultimate Screamo Band 10" on three jacket variants, the latter of which will be posted along with an interview in mid-June. In June/July we will release the Sans Visage 'Moments' cassette LP on four variants /100 and the new, stellar Komusō cassette EP on four variants /70, and the Snag / Swallows Nest split tape/poster, all as ZBR-only releases. Soon afterwards, you'll find the Blue Youth 12"LP 'Dead Forever' which was posted in full on June 1st (linked here and is for fans of Life In Vacuum and The Holy Shroud), a 1-sided silkscreened Mališa Bahat 12"EP (for fans of Virginia On Duty and Youth Novel) as well as the crushing Coarse self titled 7"EP (for fans of The Chariot and Vein). With one exception these are already at the plant so July/August would be a good time to prepare yourself for amazingness.

The ad space I've been toying with introducing for a few years rolled out in April. In time the prices will go up, so I'd recommend locking in now cuz this deal is excellent. I've condensed the options below and taken out the pictures do save space.

Email: zegemabeachrecords@gmail.com
with the subject line of
"OMSB Ads"

And lastly, here's the tracklisting for OMSB mix#5 that was reviewed in May: 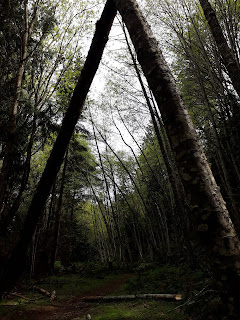 The new OMSB mp3 Mix #7 , including:
*-* holy shit...that sounds like Birthday Boyz
*-* that band that had really good numbered albums but then changed to colored albums and they kinda...uhhhh...are not my thing anymore
*-* wait, is that? Is that a Czech version of The Flying Worker!?
*-* a ridiculously versatile Peruvian screamo band
*-* the best Canadian noise-rock band this side of Life In Vacuum

Any bands/labels that are interested in having their stuff reviewed, please email zegemabeachrecords@gmail.com: with "Open Mind Saturated Brain" as the subject. Please keep in mind that I don't review everything, just what jives with the blog. I will, however, listen to everything you send me. I would recommend emailing with an idea for a song/album premiere 2 months prior to that song/album release date for a much stronger chance at being reviewed on this blog. Bands that have already had their discography reviewed can also submit new albums for review if they include song/album premieres.
Posted by Dave Norman at 08:22