I didn't hear LOST BOYS until they released 'Fun' on 12"LP earlier this year and I was mighty impressed. Featuring members of Todlowski and the already reviewed Masada, the 10 songs blaze through in a under twenty minutes, containing mostly distorted, dark, screamy and slightly experimental hardcore.

In 2016 they self-released their debut, self-titled EP 'Lost Boys', and upon further inspection it sounds as one would expect after hearing only the 2018 LP...it's very good and an obvious starting point/stepping stone for the band's sound. The vocals are relatively similar but the instrumentals lack the sections where I'm bobbing my head and having my mind blown simultaneously. It's not bad by any means, it's just the predecessor to 'Fun' and that is obvious. Songs like "trocken", "kniefall" and "körpersprache 1" definitely bridge the gap between the older and newer sounds, although to be honest they aren't all that far off. 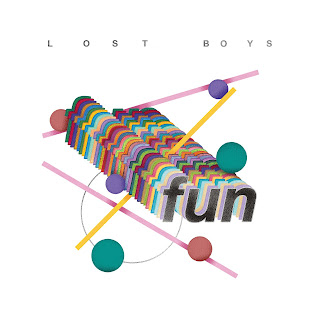 'Fun' opens with the jarring hardcore number "schälen" which doesn't even hit a minute before the sludgy, dark and screamy hardcore concludes. "tischgebet" is next and hits a killer slowdown and experimental shift from 50 seconds onward and it takes the cake as the best song, as those guitars are fucking awesome. "every now and then" opens with a purpose (as well as a catchy guitar progression) and drives home like a stake in the heart, but again incorporates some interesting stuff that kinda reminds me of Crows-An Wra but much more abrasive. "zufall" is another sick tune with an expansive instrumental opening that detonates at 40 seconds not unlike some earlier Jungbluth material. At 1:19 the song hits full stride and it's mesmerizing, good god, so good. The rest of the songs are decent as well but the previous three that I just mentioned are my top guns, with "punk singer" taking top honours among the remaining tracks, reminding me of the dirty playfulness of Old Guard. Oh, also, "vergebung (pt. 1)" opens with a beautifully distorted riff that I could listen to on repeat all day.

I've never seen LOST BOYS live, but I have seen, played with and put on shows for Gillian Carter, so missing this tour if you have the chance is just plain screamo blasphemy. Here's the poster and most of the dates. 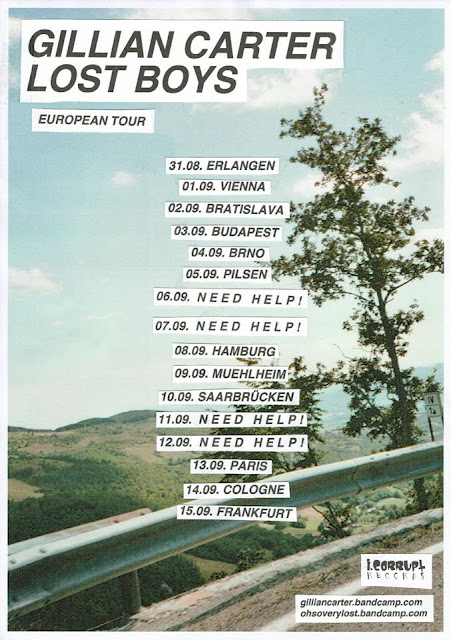