'Even A Worm Will Turn' by: SENZA

SENZA's 'Even a Worm Will Turn' 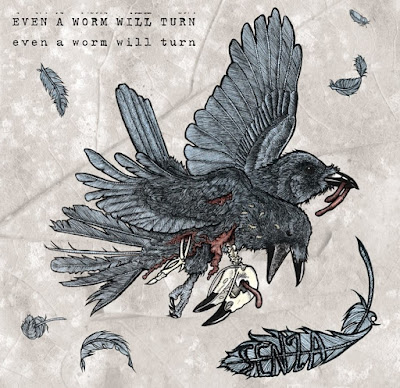 I've been following SENZA pretty closely after hearing their Jeromes Dream cover of "How Staggering Is This Realization" which was easily one of the best cover on that 30-band compilation. A few months afterward I was lucky enough to premiere both a song from their split with Akira (linked here) and the entire split with Antiphony (linked here). I continued speaking with the band and about 3-4 months ago they started sending me rough versions of their first full length, and needless to say, I was barking and frothing at the mouth after hearing them. A month or two ago I was sent the final masters and jesus fucking christ you are not ready for this. It is a remarkable album that will undoubtedly stand the test of time and go down as one of the shriekiest, fastest and most explosive albums of the last few years. Three members, all doing vocals, and each laying waste to their instrument simultaneously. I simply cannot ask for more.

If you missed that live video of SENZA playing on May 11th at Post 134, then I've got your next 10-ish minutes covered cuz this thing is unreal.

This video catapulted me from excited to fucking loopy in regards to the band's upcoming Zegema Beach Records Fest 2019 performance in Vancouver on May 31st, 2019. Click here for the show info or here to buy tickets to the fest. 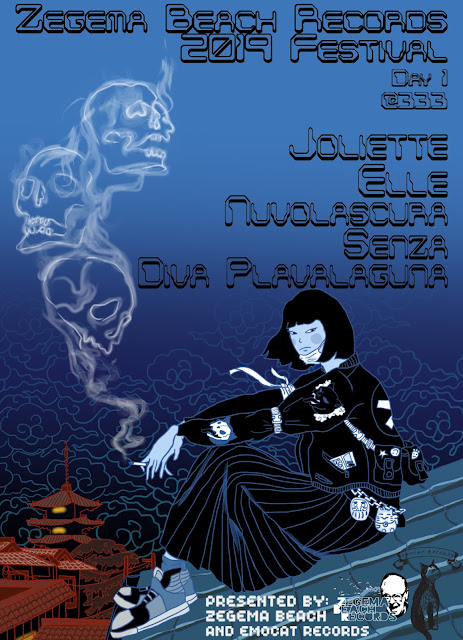 1 - "Tunnel Vision I" is a dreary, dark and uncomfortable opener that is really just an intro to the album an nowhere near as ferocious as everything that comes after.

2 - "Born of Dirt" was first premiered in January on the Zampler #12 compilation and is a flawless emo-violence track that takes the intensity of Jeromes Dream and mixes it with the musical prowess of Neil Perry and the screamo/metallic influence of Dispensing Of False Halos.

3 - "Misornithist" will leave you a bloody mess with that cataclysmic breakdown come 48 seconds and its subsequent barrage of drums and screaming.

4 - "Tunnel Vision II" goes back and forth between blistering emo-violence and chill, jammy screamo.

5 - "Constant Air of Casual Indifference" is a 44-second acoustic guitar interlude that harks back to the opener.

6 - "American Robin" is a clusterfuck of precise destruction with a commanding palm-mute transition at 18 seconds and a whole lotta ridiculous drumming.

7 - "Imposter" includes an excellent, subdued, lone guitar progression that continues to overlap with the rest of the band at seemingly random intervals, giving the listener a few good shocks.

8 - "Sentience" begins with the line, "Every breath is a battle" which the band promptly answers musically at 36 seconds with a barrage of instruments that break off and isolate a huge bass riff which leads everyone back in order to lay waste to your fucking life.

9 - "Swarm" calls the rainy/marching interlude back into play but for over three minutes of subtle nightmare sounds.

10 - "Inner Immolation" includes a 2/2/5 mindfuck halfway through with a devilishly good palm-mute/roll that sounds like a giant fucking bulldozer leveling a city.

11 - "Even A Worm Will Turn" takes the first minute to build to a second minute that is essentially just a prodigious climax followed by a lush, acoustic outro.

12 - "Echoes" is a behemoth at over 9 minutes in length, like climbing a mountain and then taking a few minutes to take in the epic view. The perfect closer.