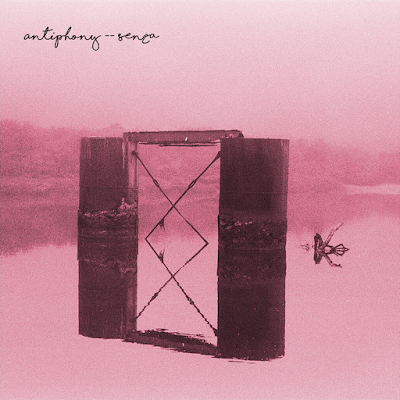 Today we get to premiere the split between SENZA and ANTIPHONY. The cassette is in the works now and will be clear blue with pink glitter and released before the end of 2017. SENZA is also embarking on a 9-day trek with the following dates/cities:

OMSB was already very familiar with Oregon's SENZA, as they released a cover on the Jeromes Dream comp (linked here) and premiered a song from their split with Akira (linked here) earlier this summer. They play a spastic and shrieky blend of hardcore and emo-violence that is right up my alley, with all three songs hovering around the three-minute mark, which is quite unique for a genre that boasts very short songs. The best part is all three songs will keep you engaged for their entirety without wearing you out, either, and partly because of this balance I can't choose a top track.

California's ANTIPHONY is a very cool new band with sensibilities in math-rock, emo, hardcore and indie rock. Their instrumentals are tight as hell and peppered with either subdued singing or At The Drive In-esque yells. Their influences likely come from all over, but the peculiar mixture of styles ends up being quite interesting, with my personal favourites being opener "Entr'acte" and closer "Jonathan".