Good lord March was busy, hence this post being 9 days late. I have pretty much finished all the pre-order, distro, band and some extra copies of the ENVY/LOVE 12" tributes so they have shipped out to anyone who has ordered. We also finished stamping all the NUVOLASCURA self titled 12"s and they are flying out the door and we do not expect to have any left by the end of 2019. The SHIZUNE/LYTIC split 7" has officially been at the plant and in production for over a month so if all goes well we hope to be shipping them out in April. You'll find a CAPE LIGHT discography tape as well as the NIONDE PLÅGAN 'Reflektion' 12"LP and BINARY 'Commit More Arson' 12" in stock and shipping, but I think we're already down to less than 10 CAPE LIGHTs and we only made 50 so get on that. We also nabbed a bunch of Gospel 2x12"s if that's your thing.

Oh and a ton of social media stuff was posted, including our BEST OF 2018 list, the Zegema Beach Records Fest 2019 poster and a 25-band Zampler/screamo interview by the amazing Karol over at Idioteq.com.

***
Here's the tracklisting for OMSB mix#2 that was reviewed in February: 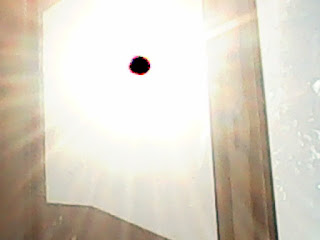 The new OMSB mp3 Mix #4 goes back to all-Dave-all-the-time and includes:
*-* a pre-Girl Arm band with hella At The Drive In and North Of America tendencies
*-* two rarely discussed new Japanese screamo bands
*-* one of the most influential and important Canadian emo/hardcore bands of the mid-late 90s
*-* fantastic Colombian post-hardcore/screamo
*-* Danish metallic hardcore that'll floor you

Any bands/labels that are interested in having their stuff reviewed, please email zegemabeachrecords@gmail.com: with "Open Mind Saturated Brain" as the subject. Please keep in mind that I don't review everything, just what jives with the blog. I will, however, listen to everything you send me. I would recommend emailing with an idea for a song/album premiere 2 months prior to that song/album release date for a much stronger chance at being reviewed on this blog. Bands that have already had their discography reviewed can also submit new albums for review if they include song/album premieres.
Posted by Dave Norman at 16:42