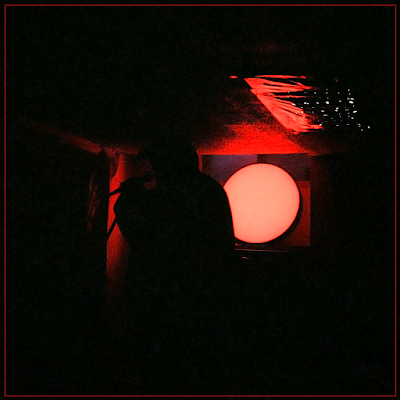 For fans of: Loma Prieta, Itto, Kid Feral, Curtains, Back When, Hundreds Of AU and Youth Funeral

Releasing on cassette via Zegema Beach Records:
order in the U.S.A.
OR
order in Canada/Internationally

Aaaaaand holy shit I don't think anyone saw this coming, but Zegema Beach and Crowning are teaming up yet again, this time to bring you a sensational split cassette between the chaotic Chicago five-piece and Quebec's Marée Noire. The split came about when both bands toured together in early 2018, with this sexy cassette being the residue. Each band contributes three new tunes on the split, with the tracklisting switching back and forth between Crowning and Marée Noire, making it as much of a collaboration as a split. I am very proud to share the last two tracks off of the release today, with the entire thing becoming available tomorrow, Wednesday October 31st, 2018 on Zegema Beach Records with European copies being taken care of by Sunsetter Studios. Pre-orders are up now and both bands will have their copies by the end of November. Fucking stoked!

Recorded during the Envy tribute cover session, this song blazes through as aggressive as any Crowning song to date. It begins with screaming and super crunchy instrumentals but by 24 seconds it has slowed down considerably, employing more vocalists on a very dim-lit stage. By the time the first minute concludes the song has congealed to an extremely dense and heavy metalcore mass that begins consuming listeners at 1:12 with vicious screams emanating from multiple members simultaneously. I. Still. Fucking. Love. Crowning.


(2018) MARÉE NOIRE - "Toucher la Lune" (from 'Crowning' split)
Good lordy lou, Marée Noire got waaaaaaay heavier! Taking their post-hardcore/screamo from last year's demo and basically taking a torch to anything slow, melodic and pretty, this song is angry as fuck and you can definitely hear it. Comparisons to Amanda Woodward and Le Pré Où Je Suis Mort are kinda null and void at this point, as I would trade in the sounds of Ostraca, Cassilis and Hundreds Of AU instead. The rolling drums over spacey guitars from 40 seconds onward is great, especially when it climaxes at 1:11. Oooooo baby!