A friendly reminder that we gotz two stores now.

***
We ran a little promotion in September where people ordering are entered into a draw. The draw is being held tonight and winners will be contacted by email tomorrow, so hold onto your butts.


***
We recently received our copies of the COARSE 7", YOUNG MOUNTAIN 12", .GIF FROM GOD tapes and RESPIRE '' cassettes. The Envy 12" tribute compilation is 90% mastered and will go to press a bit later than initially anticipated, but Connie has started on the art and everything is ready except that final master for the vinyl. The vinyl is slated for a December/January release but we will have the thing streaming in full by December at the absolute latest. 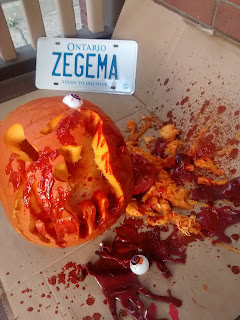 We also reviewed one from the September mix:

The new OMSB mp3 Mix #11 includes a previously unreleased track that'll knock your socks off, as well as:
*-* a new band with a hint of Yaphet Kotto
*-* a defunct band that had a written LP that I was mad stoked on 😞
*-* some sassy, screamy and dancey shit
*-* the cornerstone of Swedish emo/screamo, as well as a killer new one
*-* a Schlatter band that went unknown to me for nearly 15 years

Any bands/labels that are interested in having their stuff reviewed, please email zegemabeachrecords@gmail.com: with "Open Mind Saturated Brain" as the subject. Please keep in mind that I don't review everything, just what jives with the blog. I will, however, listen to everything you send me. I would recommend emailing with an idea for a song/album premiere 2 months prior to that song/album release date for a much stronger chance at being reviewed on this blog. Bands that have already had their discography reviewed can also submit new albums for review if they include song/album premieres.
Posted by Dave Norman at 07:25