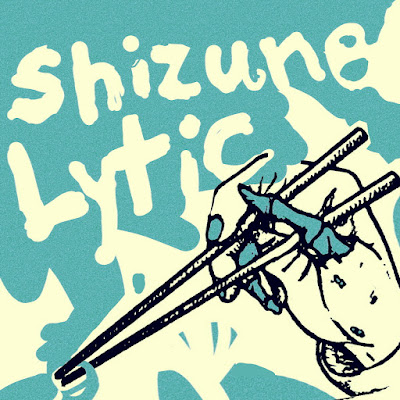 For fans of: Raein, La Quiete, Hundreds Of AU and Off Minor

Let's be real, this is huge. The Italian screamo gods meet ex-Saetia/Off Minor, it doesn't get any better than this. I present this gift to you, a 7" split from Zegema Beach Records and Moment Of Collapse Records. 500 copies of SHIZUNE and LYTIC gold which you can pre-order above, stream below and download as of tomorrow, January 9th via the bands and labels bandcamp pages. Pre-orders today will get the mp3s emailed to them shortly after their purchase. Enough talk, songs please!

(2019) 1 - SHIZUNE "greg è a roppongi con john macAfee" (from 'Lytic' split)
Holy smokes what a way to open this split! I love how this band has taken the foundation put down by Raein and La Quiete while adding multiple, new levels. At this point when someone ways Italian screamo I assume everyone thinks SHIZUNE, I sure as hell do. The playful transition to close after the 1:30-mark is excellent, as is the hopeful, positive and powerful climax.


(2019) 2 - SHIZUNE "occhiaie metafisich" (from 'Lytic' split)
Very heavy for SHIZUNE and without a doubt one of, if not my favourite songs by the band ever, "occhiaie metafisich" was premiered on December 31st via the Zegema Beach zampler (linked here). Very dark and quite technical, the opening 30 seconds are fire, followed by a head-bobbin' section complete with audio clip. This bleeds through into the second half of the song and meet up with the vocals to take the track to the next level. At two minutes the song picks up the pace and expends their remaining energy, relying on a distant, lone guitar playing them out.


(2019) 3 - LYTIC "Greener Grass" (from 'Shizune' split)
LYTIC's opener is a wonderfully constructed minute twenty of soft/hard/soft/hard/soft screamy hardcore. You've got ambient bits, playful screamo, singing, raging hardcore and a touch of what I initially thought was synth, and dear lord of science almighty, you'll catch me singing along to the midsection at the top of my lungs if I ever see this song live.


(2019) 4 - LYTIC "All Bleeding Stops Eventually" (from 'Shizune' split)
The band's second track first appeared on the Zampler #12 compilation over a week ago (linked here) and is my favourite of the three on here, but not by much. It's so damn good but over so damn soon, making me crave the band to a ravenous degree. I would posit that the track is very Off Minor in delivery, especially that wonderful, jazzy outro. The first half of the song is a blast too, bouncing around the room like chaos dipped in melody.


(2019) 5 - LYTIC "Lugenpresse" (from 'Shizune' split)
The closing track is longer than the first two songs combined and then some. The entire first 50 seconds has me on my knees thanking Jamie Behar for getting back into this music, cuz goddamn those guitars are insanely good, reminding me heavily of 'Innominate'-era Off Minor. After the first 1:40 the song takes a leap and moves into heavier, driving hardcore with great dual screaming and even with just two members, instrumentally there's a ton to unpack.