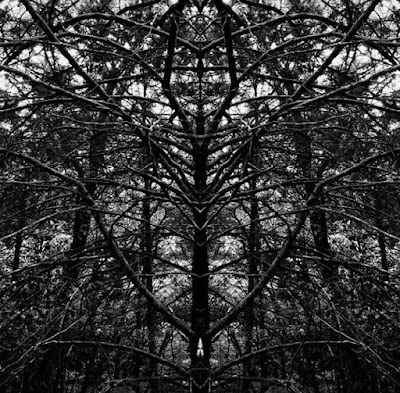 For fans of: SeeYouSpaceCowboy, Computer, Millions Of Spiders, Campaign Committee and Binary

Around a year ago I reviewed the KISS 2 demo and was, for lack of a better word, flabbergasted. Despite very raw and basic recordings I began salivating for the Wichita, Kansas' next release...and here we are. Some of the demo tracks show up with all the frills, but more than half of the six-song EP are new jams and they are excellent. KISS 2's 'I'm Not Jesus Christ, I've Come To Accept That Now' will be released on January 26th, 2019 on cassette by Not Swell Art Collective and on cd by This Ain't Heaven Recording Concern. The songs were recorded by Matthew Clagg at White Lodge and mastered by Luke Tweedy at Flat Black Studios.

The band is also going on tour from January 11th to 16th with another show on January 26th to commemorate their new release. Check out the dates and tour poster below the premiere.


(2019) 1 - KISS 2 "I'm Becca's Friend, Dude" (from 'I'm Not Jesus Christ, I've Come To Accept That Now')
The best thing about this band is still the vocals, good lord. Carson's sassy, drunken and extremely confident snarls are the apex of the sound, driving the slow parts to their subsequent chaotic, screaming freak-outs. The sludgy, breakdowns are still there and with a good recording everything takes equal weight during the songs, making for a very rewarding listen and accurate representation of the band's sound.


(2019) 2 - KISS 2 "Columbine Kids" (from 'I'm Not Jesus Christ, I've Come To Accept That Now')
This track is almost a complete mess but I mean that in a good way. I love the full-on, lengthy stop at 20 seconds. The alternating hits at 30 seconds rule. The frantic screams at 55 seconds are ravenous. The guitars are 1:10 are ridiculous. And the song's final climax and just chaos.

(2019) 3 - KISS 2 "#lust" (from 'I'm Not Jesus Christ, I've Come To Accept That Now')
"#lust" shows up again from the demo recordings but it is so much fuller, thicker and darker. The screaming post-20 seconds is venomous and mildly reminiscent of The Blood Brothers, as dual vocals are found throughout this 1:30 blaze of fire.

(2019) 4 - KISS 2 "Live.Laugh.Love.Die." (from 'I'm Not Jesus Christ, I've Come To Accept That Now')
Yet another new track, the first 10 seconds are some sweet, raw noodles that crash into everything directly afterwards, with perhaps the screamiest section on the entire EP. Seriously the first 30 seconds of this might be my favourite section on the release, but the tail-end has the band getting their freak on again.

(2019) 5 - KISS 2 "I'm A Loner Dottie, An Asshole" (from 'I'm Not Jesus Christ, I've Come To Accept That Now')
This is the only other rerecorded song and it stays true to the original, making the intro instrumental section even dreamier and the aftershock even more destructive. That being said, my qualm with this song still stands that I wish it erupted with the hella-heavy by the end, but they restrain themselves somehow, goddammit 😉

(2019) 6 - KISS 2 "I'm Nice At Ping Pong" (from 'I'm Not Jesus Christ, I've Come To Accept That Now')
The closer is also the song with the best title, and "I'm Nice At Ping Pong" is the fucking shit, good lord. After an initial, sludgy, rabid intro the songs pops off numerous times post-53 seconds, swirling around with massive breakdowns that somehow double as sections you could dance to, albeit violently. There's also a cool, bendy, spacey transition at two minutes that leads the song to its close but does so in a uncomfortable, dark and seething way. Hot damn what a release!

OMSB review of their 'Demo' 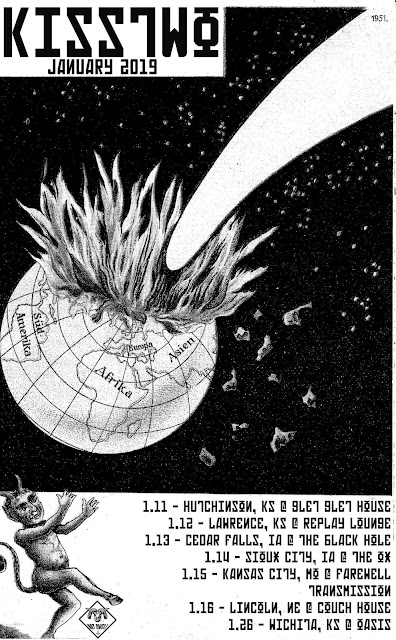