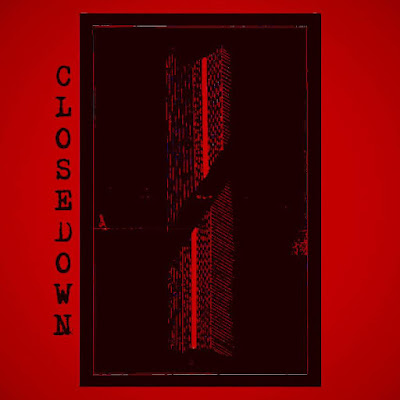 Today's premiere comes from a new(ish) band that was born from Ohio's Wolf Teeth. They recently had these two songs on a cdr that was available on a tour with Plague Walker (as vocalist Eddy played in Plague Walker on tour), which is now available for a full stream/donation-based download on the CLOSEDOWN bandcamp page which is linked here. The band plays an awesome mix of post-hardcore, screamo with splashes of post-rock and metal. They have an EP coming out soon so be on the lookout when it drops, these songs are beyond promising.

(2019) CLOSEDOWN "II" (from 'Demo')
This song doesn't sound like another band, and I can't just say a genre or two to get the point across. "II" is a trippy, post-hardcore/screamo song that dips into metal, post-rock and has so many dynamic shifts and vocal variations that you'll think you're jamming Beast Jesus. The opening has a strong Wolf Teeth feel, as Eddy croons his vocals before letting loose after about 20 seconds, at which point low growls and horrific shrieks seep out of the swaying, rhythmic, seismic shifts. After a collapse at 1:25 the band really focuses on their post-rock/post-hardcore with a beautiful build that erupts at 2:12 like Leveless was doing. Finally, I love the Swedish screamo instrumentals with the distant gang vocals to close out the track. Head over to their bandcamp to jam "I"!!!
Posted by Dave Norman at 14:42