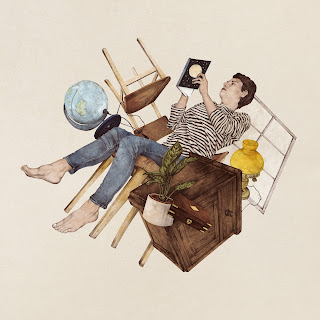 I am elated to bring you a new song from CHALK HANDS. If you're anything like me you've been keepin' an eye out for anything new from this band since their debut, two-song EP 'Burrows & Other Hideouts' release two years ago. The new song we're premiering today is called "Charm" and it is from the Brighton band that will be included on the '3-Way split' 12" releasing in full tomorrow alongside Reveries and Okant. You can grab the stellar release from the following labels as well as the bands' bandcamp pages.

Ooooo baby this is a banger. It builds for nearly a minute before erupting in an explosion of screamo and post-hardcore not unlike Amanda Woodward and Envy. There's a second slowdown with a nice, driving post-everything instrumental section that brings the almighty Sed Non Satiata to mind, so that's sayin' something. This swirls, hurtling through space until 3:30 when its gravitational force finally lassos the listener and leads them over the edge of their event horizon. It's one hell of a trip. Well done, my friends.