***TERRIBLE AS THE DAWN exclusive premiere***

TERRIBLE AS THE DAWN's
"Dull and Grey"
from the cassette EP:
'A Shadow Circuit' 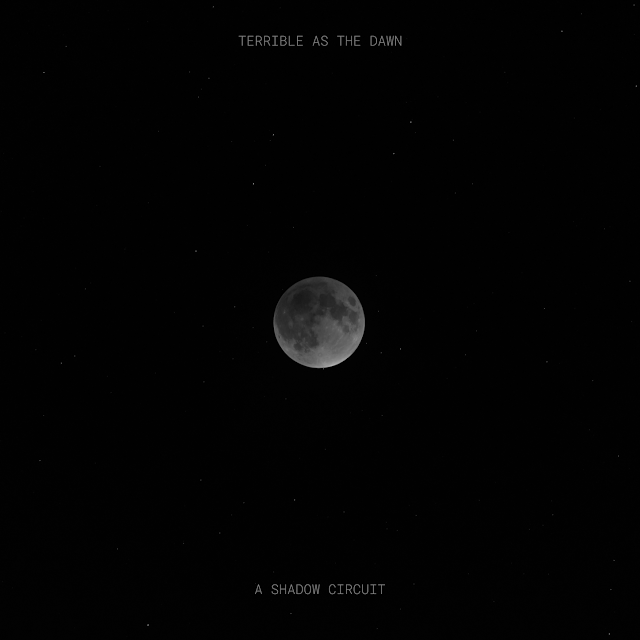 Hailing from Ann Arbor, Michigan in the U.S.A., TERRIBLE AS THE DAWN is a two-piece hardcore/metal band featuring Caroline on guitar/vocals and Stephen doing drums/vocals. Caroline sent me their first EP 'Weak' to be reviewed on this blog back in 2016, which was so (linked here). The song "Stains", in particular, got me really excited. I invited the band out to play the Zegema Beach Records Fest pre-show on June 1st, 2017 in Toronto and they killed it, video of the pre-show linked here and the entire pre-show review and corresponding videos are linked here. About two months ago I was sent some initial masters from Caroline with their four new songs that are 'A Shadow Circuit'. I loved it and agreed to release 60 copies on cream tapes. Their release will coincide with the next full moon (aka the Frosty Moon) on November 4th, 2017. A few days prior to that the entire album will be streamed in full at IDIOTEQ.com. Until then, you can pre-order the tapes here and jam track two's "Dull and Grey" below.

"Dull and Grey" is fucking phenomenal. This 6:10 riot begins with an unreal riff coupled with Caroline's shrieks, is the highlight of the song, and holds strong for the first 50 seconds. I love the palm-muted guitars and slow, brooding section from 50-1:30, at which point Stephen's haunting screams are layered over some seriously dark breakdowns. The song goes into ludicrous speed at three minutes with both members going all out and sounding akin to new Ostraca material. After a brief atmospheric interlude the song oozes back into slow, sludgy, breakdown territory until the climax from 5:50 onward. Weow, what a ride!
Posted by Dave Norman at 12:31