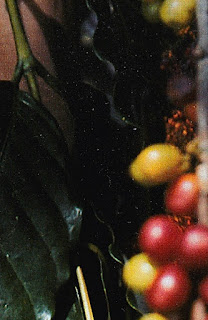 
I was able to meet the nice gents that make up ATTACKROBOTATTACK at Cry Me A River Fest 2017. After being smitten with their set I approached the two from the Netherlands who were fresh off of a split with Break Character about their upcoming material and if I could help premiere something. After talking at length about Aliens, Starship Troopers and movies in general with Arien and playing catch in the public pool with Eelco, the band agreed and now here we are. Here was one song in particular that blew me away at the fest, especially the stop 27 seconds in, and then the drums kick back in...hoooooooooeeeeeeey that's sick!!!

"Something is Obviously Amiss + Burned, We Lose Control"

On the following three songs taken from the upcoming '7 Songs of the Apocalypse', the subdued and somewhat simplistic guitarwork is beautifully written by Arien and layered with fantastic drum work by Eelco. The awesome guitar tones bring to mind my ex-Orchid love Wolves, Wolverines as well as The Rabbit Theory, as it straddles a line between early Level Plane Records jams such as Joshua Fit For Battle, Off Minor and Neil Perry but as a whole is much more chill and doesn't have any epic breakdowns or insane noodley bits. The vocals are strained yells/screams and not unlike Daniel Striped Tiger and occasionally dip into spoken word or some clean singing. And considering ATTACKROBOTATTACK are a two-piece...woaaaaaahhhhh nelly! To the songs!!!

"Something is Obviously Amiss"

"Where Are Your Children"


Full review coming in December on (((((OPENmind/SATURATEDbrain))))).
Posted by Dave Norman at 11:55