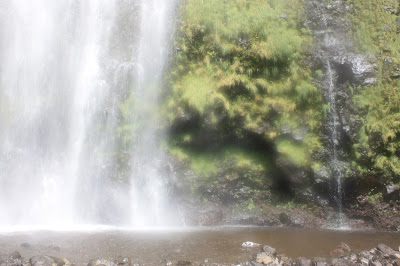 Hello all. Welcome to the November 2017 mp3 blog mix and info dealy. I'm trying to line up a job here in New Zealand so we can start making a living and then look at staying here long term. It's absolutely gorgeous here but until I land a job we are considering all options, including living in British Columbia if this thing doesn't pan out. But I'm giving this my all, and have opened the new Australian/New Zealand store for Zegema Beach Records and distro. Current titles from this first batch of stuff includes Respire's 12"LP, the .gif from god/Vein split 7", the Piri Reis/They Sleep We Live 7" and We Watch Clouds 'Resume' cassette. There's also a bunch of Time As A Color distro items that we've got in.

There are heaps of good news though, as both Terry Green and Sarin will be released in October, as well as the 60659-C 'The Next Part is a Blur' tape LP and all five Protest The Hero cassettes, which are crazy limited so jump on those asap. Expect pre-orders for all five of their LP tapes to go up later this week.

Also coming in before the year's end will be the Lessener 12"EP, the WristMeetRazor 2x7", Улыбайся Ветру's new 12"LP, Massa Nera's 12"LP (premiering now on Sophie's Floorboard), King Slender's new tape EP and the мятеж/Samarra split cassette. We also hope for the release of Locktender's 'Freidrich' 12"LP, but there's a chance that won't see the light of day until early 2018. Also releasing next year will be a 2x12" tribute compilation for one of the most influential screamo bands ever (no, we're not revealing this until next year) as well as the second installment of the 'Eight Feet Under' 2x12" gatefold series at the tail end of 2018. Both of which will be unreal!

It should probably be noted that recently we got the We Watch Clouds' 'Resume' cassette, мятеж/Det Är Därför Vi Bygger Städer split 7" and the Piri Reis/They Sleep We Live split 7" in stock. Scroll down for jam some tunes and order.

9) BAD RELIGION - "I Want to Conquer the World"

- WORST DAYS 'Someone Has It Worse' EP premiere

Any bands/labels that are interested in having their stuff reviewed, please email zegemabeachrecords@gmail.com: with "Open Mind Saturated Brain" as the subject. Please keep in mind that I don't review everything, just what jives with the blog. I will, however, listen to everything you send me. I would recommend emailing with an idea for a song/album premiere 2 months prior to that song/album release date for a much stronger chance at being reviewed on this blog. Bands that have already had their discography reviewed can also submit new albums for review if they include song/album premieres.
Posted by Dave Norman at 13:13