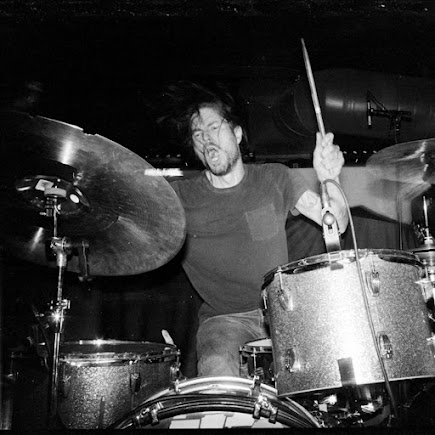 Picture: Nicolas Flamel
Back in...2002? Maybe 2003, I purchased the JEROMES DREAM discography double cd and officially fell hard for their material, like so many other fans of screamo. In a twist I never would have seen coming, that same band reunited after over 15 years and will be playing Zegema Beach Records Fest 2023. After seeing them in early 2022 I spoke with the drummer Erik and we essentially set up this podcast in which we go in depth on many-a-thing including: Refused touring the U.S., Victory bands, sister influence, faking out your music teacher, his early bands Forgotten Souls, Shoplifter, Brace and Kid Suspicious, the formation of JEROMES DREAM, band treasure hunts, ZBR Fest talk, the chopstick demos, Amalgamation and Orchid split stories, the first tour, the new record, addressing Nick not being in the mix and moving forward (props to Sean Leary), first reveal notes on 'The Grey In Between' on Iodine Recordings, etc. Bands played in this podcast: Gil Cerrone, John Cota, Ovlov, Paul Newman, Portraits Of Past, and Stove. Listen to podcast #108 which is available to stream and/or download for free via this link.
JEROMES DREAM
Official Website
Facebook
Instagram
1 Applying the Theme of Escapism
PORTRAITS OF PAST "KQED Equals Volvo" (Erik)
GIL CERRONE "Flat Earth" (Dave)
2 We Didn't Know What Was Ahead of Us
PAUL NEWMAN "Beeline to Mamou" (Erik)
JOHN COTA "stevejobs" (Dave)
3 Screamo Is Just Team Outcast
OVLOV "Baby Alligator" (Erik)
STOVE "Duckling Fantasy" (Dave)
~Dave
____________________________________________________________________
PODCAST #108 linked here
_____________________________________________________________________
Posted by Dave Norman at 01:05