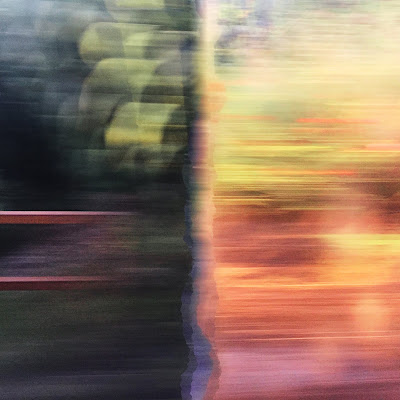 For fans of: Mahria, Frail Hands. Rayleigh and Lord Snow

Holy shit, are you fucking ready? I am sweating serotonin whilst bringing you the brand spankin' new track from the upcoming NUVOLASCURA 12"LP 'as we suffer from memory and imagination'!!! With such isolating times, the band wanted to reach out with a new song, as the full album was just recently finished and is being sent to the plant shortly but we obviously expect delays. The 12" will be released on my label Zegema Beach Records (we released the previous S/T 12" on two different runs) alongside European heavyweight Dog Knights Productions (who helped corelease the repress of the S/T), likely being available in late summer/fall, but we will be at the mercy of COVID so no promises. All art by Sean Leary, but the art you see is specifically for the single and not the 12" jacket, with the songs recorded and mastered by Jack Shirley.


(2020) NUVOLASCURA "Apyrexy" (from 'as we suffer from memory and imagination')
First off, I think it's worth noting that when drummer and all-around gorgeous human being Taylor sent me the songs, they mentioned specifically that this track was the best representation of the band and the best song they've ever written. That's a lot of bests, and they ain't wrong in the slightest. "Apyrexy" begins with by far the most accessible NUVOLASCURA section that lasts for a mere 20 seconds before things start to darken. At 50 seconds a piercing guitar lead cuts through everything, and the subsequent breakdown/noodle-fest really lets that incredible drumming shine. The final 15 seconds of the track is reserved for the heaviest, bleakest moment in the song, creating the perfect climax to an astonishing title track.


Lyrics:
i won't trust, not for lack of want
i stay at arm's length. keep your distance
long for connection, patterns emerge
If I smile you’ll fuck me
wear all black, avoid eye contact. it's for the best
leave me buried in shame. alone, hazy mistakes
sit in ambivalence. is it for the best
unapproachable, is it for the worse