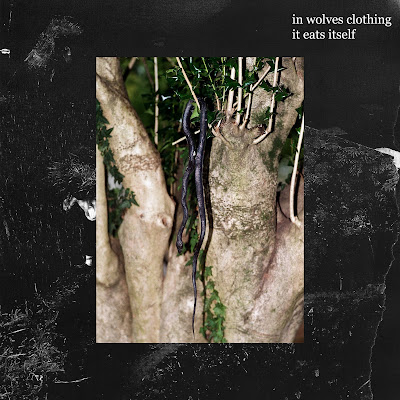 For fans of: Edhochuli, Cease Upon The Capitol, Apostles Of Eris, A Paramount A Love Supreme and Mothlight

pre-order from ZBR and the band April 30th

Who's stepping up their game? IN WOLVES' CLOTHING, holy shit. Featuring members of Mothlight, Yusuke, Gas Up Yr Hearse!, Our Future Is An Absolute Shadow, Majorel, Altar Of Complaints, мятеж, Van Hagär, Smoke Signals and Skull Kid, this Richmond, Virginia four-piece create some seriously dense, mathy and uplifting screamo. The 8 tracks are much heavier and groovier than their demo, with screams coming from every corner of the room. For now we're just releasing the opening track "Bricks, Et Al." but it's a great indication of what's to come at the end of the month. The band released 'In Wolves Clothing' in 2018, with their first proper LP 'It Eats Itself' releasing via Zegema Beach Records on April 30th, with tapes arriving May 2020.

(2019) IN WOLVES' CLOTHING "Bricks, Et Al." (from 'It Eats Itself')
This opening track is, straight up, a fucking banger. Following a quick, bassy, stop/start intro the fully hits their first go at 24 seconds with incredibly dark screams and atmospheric guitars amidst the drumming cacophony. At 1:10 the song breaks through the surface and hits full sun with much more positive sounding hardcore that gets pretty techy at 1:30. Taking a much needed breather, the band slides into single note plucks only to build up steam to re-release at 2:30. The climax takes place right before the three-minute mark and ends soon after, making this a very dense track that is an obvious choice as opener.

Listen to/buy 'In Wolves Clothing' via Zegema Beach
Posted by Dave Norman at 09:03