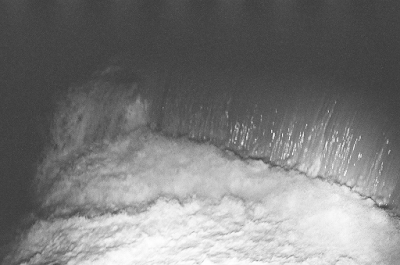 For fans of: Voyage In Coma, Whenskiesaregrey and Massa Nera
Bandcamp
Facebook

Fresh off of their incredible tour with Crowning (video footage coming this week!) and just a few months after the band's initial premiere of "Cold New Home" on this blog (linked here), Rockford Illinois' FRAIL BODY unleashes another post-hardcore/screamo gem titled "January" in this exclusive premiere post. The song is a digital single and was, very surprisingly, the first song that the band ever wrote!

Clocking in at 2:38, "January" catches a strong groove right from the get-go, with those beautifully screamed vocals taking center stage at 20 seconds, and help push through the chugs and lead into a drum solo slowdown at 40 seconds. This chill bit adds the rest of the instruments, partially subdued, with wonderfully timed vocals that bring the song to its precipice at 1:40. And from there, with piercing, powerful and biting guitars that lock the rest of parts in place, "January" culminates and drops a blanket of ridiculousness on the listener right up until its conclusion. As per usual, what a fucking banger!

The band is currently wrapping up an EP which should see the light of day relatively soon, and I'm pretty certain you'll hear it here first. So, without further adieu, FRAIL BODY's "January"!!!

i'm trying my best not to waver perceptions
Posted by Dave Norman at 07:55