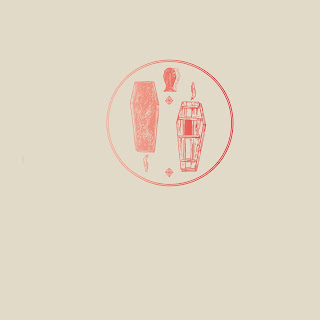 I first heard EUTH when the drummer Adam sent me "Blind Rotters" from their Closet Witch split to premiere back in June of 2016 (linked here) and I nearly shat myself. Fast forward to August 2016 and I witnessed them lay waste to Swamp Fest II in Richmond (linked here). In 2016 they also released a split with Ankou which catapulted the band into my Best Of 2016 list (linked here). I waited patiently in 2017 with no news, although I did write this discography review. But in early 2018 I was asked to help release their new, self titled 12"LP and I human cannon-balled myself at that opportunity. 'Euth' is 8 songs of evil, technical, screamy and prodigiously heavy hardcore/metal. The Laramie band is self described as "screechy, blasty, hectic Wyoming false grind" and I am currently nodding in agreement with that. The black 12"LP will drop (that's right, Lars 😏) in early summer 2018 on the following awesome labels which can you can pre-order from by clicking through their name.

A few quick words about each track:
1 - "Twin Tombs"
A deceptive opening with a lot of melody and restraint that is eventually dismantled and destroyed.

2 - "Land of the Breathing"
The shortest of the songs, and quite possibly the Botch-iest.

3 - "San Pedro"
This lays waste to the listener 40 seconds in and has the crunchiest and heaviest riff on the record.

4 - "Caustic Skin"
At 3:48 this behemoth crashes around, sometimes slowly and other times in a frantic panic, making it one of the most versatile tracks here.

5 - "Peace in the Narrow"
Another relatively lengthy song, it has more of a swelling, brooding nightmare feel and a final minute that will haunt your dreams.

6 - "Bleached White Hell"
Unrelenting and utterly ridiculous in the drumming department, this song will likely remove your facial skin cuz it fuckin' shreds.

Be sure to check out EUTH on their upcoming tour in late May and early June with Closet Witch! 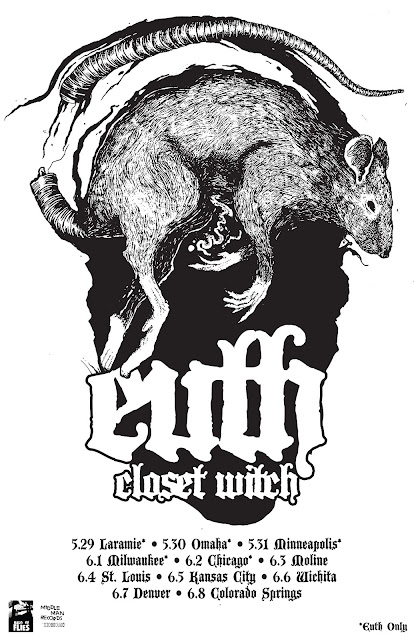