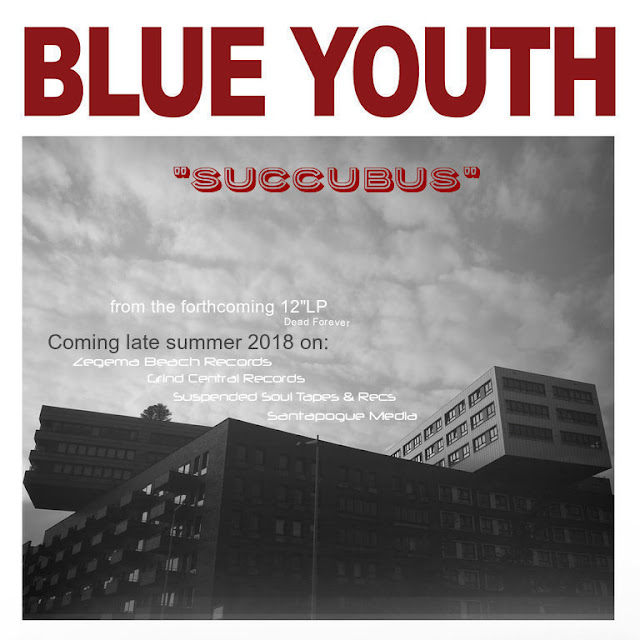 For fans of: The Holy Shroud, Aim Of Conrad, Campbell Trio, Death From Above 1979, At The Drive In, Drive Like Jehu, Q And Not U, Solids and Life In Vacuum
Bandcamp
Facebook

Late last year my friend Chris post about a band that shared similarities in sound with North Of America, which I rabidly checked out and instantly fell in love with. Regina, Saskatchewan's BLUE YOUTH and their debut EP struck a very deep and sensitive chord with me, as it reminded me of Riddle Of Steel, The Holy Shroud and Life In Vacuum rolled into one, sexy, dancey, melodic, jarring and heavy package. The Canadian noise-rock trio have also spent time in Surf Dads, Bright Black, Geronimo, The Dagan Harding Band and Bermuda Love, with the latter being reviewed soon on this blog. 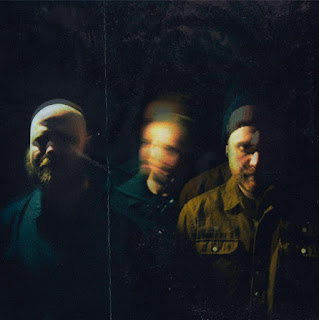 In early 2018 the members recorded a new LP and were planning on releasing it on cassette until I coaxed them into releasing it as a 12"LP through my label Zegema Beach Records. I managed to recruit friends Brandon at Santapogue Media and Brett at Suspended Soul Tapes And Records to join myself and the band's label Grind Central Records. The 8 songs you'll find on 'Dead Forever' take a more aggressive and sassy approach to their progressive noise-rock sound, which is releasing digitally and on tape in June and on 12" in July/August. The track "So Seizure" was premiered on Destroy//Exist in April (linked here) and today we're stoked to bring you the exclusive premiere of "Succubus".

Sitting as the second last track on the record, "Succubus" is a screamy and pulsating jaunt through noisy, confident and searing hardcore/ rock'n'roll. At 2:24, there isn't much time for screwing around, so after a quick transmission tune-in the band gets to work with a raging rock riff that is held up by sick bass and drums as well as guitarist/vocalist Gage's screams. This continues in very sassy fashion until the 40-second mark when "Succubus" is shrieked over the mic and everything cuts out. The drums and guitar come in subtly soon after, plodding along until the drums decide to up the ante. By 1:06 the venomous croons come back into play, guiding the build that culminates soon after in glorious display of rock, hardcore, punk, noise and that new, unmistakable BLUE YOUTH sound.

(2018) BLUE YOUTH - "Succubus" (from 'Dead Forever')
To say that I love this record is an gross understatement, it's my most listened to record of 2018 without a doubt, and with every listen I still adore it more and more. I can't recommend this band enough, they are fucking phenomenal.
Posted by Dave Norman at 08:10