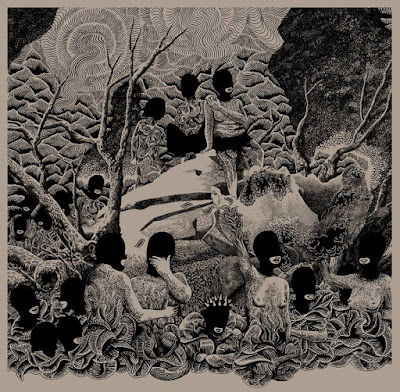 For fans of: Edhochuli, Marat and Via Fondo
Bandcamp
Facebook

Today's premiere comes to you from Richmond, Virginia's MAJOREL. That Richmond? The screamo one? Yes, that one. If you didn't catch MAJOREL's debut tape EP premiere (linked here) or the band's comp track (also premiered on this blog, here) you've been missing out for the last year, because the band is fucking sick. Featuring some of my favourite people in the world, MAJOREL boasts members of some truly insane bands, including: .gif from god, мятеж, Samarra, Swan of Tuonela, Caust, Mothlight, Gas Up Your Hearse, Yusuke, Dawn, Marj!, Karoshi, Nut Collector, Altar Of Complaints, Sightblinder, Apostles Of Eris, Pigeon Meeting, Van Hagar, This Land Is Now Dead and Giugno.

This song along with two others by MAJOREL will be housed on a 4-way split 10" along with Japan's AGAK, the U.K.'s CADY and America's COMA REGALIA. The 10" will be released on this spring/summer on 500 copies, 400 black and 100 clear w/white haze. Pre-orders and full stream coming April 21st via Middle Man Records, Zegema Beach Records, MeatCube Label, Kakusan Records, Dance Happy Doom Crew and Cyllene Records.

(2018) MAJOREL - "Negation" (from '4-way' split 10")
"Negation" begins with dreamy guitars that weave a majestic web, perfect for trapping unsuspecting prey, as at 37 seconds the song drops and multiple vocalists litter the heaving instrumentals. At 1:03 the song abruptly stops to make way for some absolutely sensational guitars that lead everyone back into the song. Seriously this shit is next level and moves to a ridiculous conclusion that one might even call a breakdown. Those soaring Via Fondo guitars coupled with a ton of screamers and Will's distinct, distant, petrified shrieks make this one of the best songs I've heard so far in 2018, no joke. Stunning.
Posted by Dave Norman at 05:42